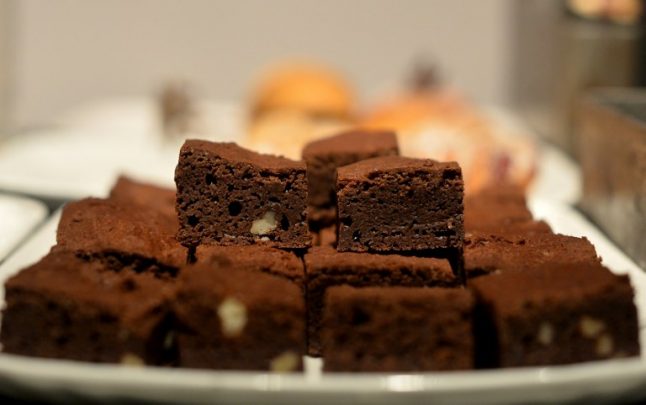 The prank happened during a sports class at a secondary school in the town of Mennecy, in the department of Essonne to the south of Paris.

The teacher had organised an afternoon snack for the class and asked each pupil to bring in something to eat.

But one 15-year-old thought it would be a good idea to add an ingredient to his chocolate cake, namely cannabis, without telling anyone.

Seven fellow pupils and the teacher unknowingly gobbled some his “space cake” but while they noticed a funny taste, according to Le Parisien newspaper, they ate it anyway.

But then the secret ingredient started to take effect.

According to reports the teacher began to sweat profusely and “had big wide eyes”. Meanwhile the pupils were struck down by “uncontrollable laughter” while the class continued.

The students then went to see the school nurse, who despite all their snacking, diagnosed them with low blood sugar and ordered them to go to the school canteen to deal with their munchies.

When pupils returned home their parents were shocked to find them wiped out and with dilated pupils. Urine tests carried out the following day confirmed the presence of THC, the active molecule found in Cannabis.

While the boy initially denied sneaking the drug into his cake he was suspended for eight days and forced to appear in front of a disciplinary committee. Parents of the pupils affected also lodged complaints with the police.

Eating cannabis just like smoking it, can provoke hallucinations or “a bad trip” which was the case when a similar incident n 2013 saw a French teacher react badly to a cannabis cookie and start “behaving like a bird”.

Evidently fearing the prof might attempt his first flight from the hospital roof, staff isolated him in a separate room until he calmed down.

It occurred after a boy had the whacky idea of sneaking cannabis into some cookies he had made before serving them to the class.

He was handed a four month suspended prison sentence for the prank.