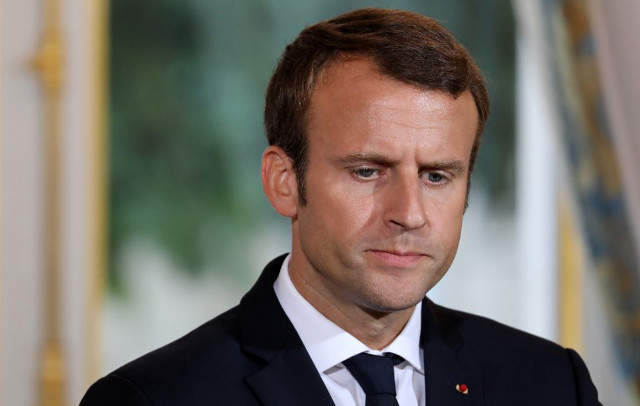 Macron, who is overhauling his communications strategy after triggering criticism for seeming aloof, acknowledged this past week that some voters are disappointed with his government's actions so far.

The 39-year-old centrist leader, elected in May, saw his rating fall for the second consecutive month, down from 36 percent a month earlier and 43 percent in late June, according to the YouGov France poll carried out for HuffPost and CNEWS.
“I'll have to live with people's impatience for the next few months,” Macron told the Le Point weekly on Wednesday, dismissing the recently passed milestone of 100 days in office as “irrelevant”.
READ ALSO: The following day Macron's government unveiled an overhaul of the labour code, a signature reform that will test his ability to force through business-friendly changes and face down protests.

He sees overhauling France's rigid labour regulations as key to tackling a French unemployment rate which is currently 9.5 percent — roughly twice the level of Britain or Germany.
The news from the pollsters was little better for Prime Minister Edouard Philippe, whose popularity rate fell to 32 percent from 37 percent, according to the YouGov findings published Monday.
Macron has promised a change in strategy for the months ahead which will see him give more interviews to explain why he sees his reforms as necessary, having been accused of being too remote at the start of his term.
He said last month, during a trip to Romania, that the French people “hated reforms”, but that he was proposing a “transformation” to fire up the country's economy and make it a leader in Europe.
The pollsters questioned 1,003 people on August 28 and 29, before both the Le Point interview with Macron and the unveiling, on Thursday, of the planned labour overhaul.