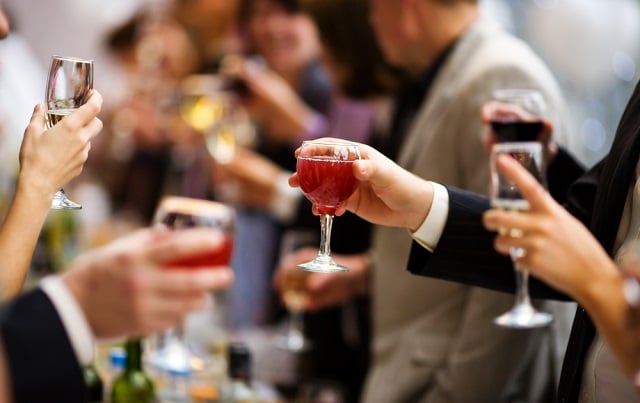 In 2016, the French bought significantly less alcohol, with a shift to 'occasional' rather than 'regular' drinking, according to the study published on Thursday by Avec Modération!, an organization which promotes safe drinking.

The average French household bought a total of 70.7 litres of alcoholic drinks last year, including wine, beer, and spirits.

That was a sharp decrease of 1.8 litres compared to the previous year (72.5 litres), when the average amount was down by 0.7 litres on the 2014 figure.

And since 2007, the average amount of booze bought per household has fallen by ten litres.

And it's not just how much alcohol the French are drinking that's changed, but also how they're drinking it.

The proportion of daily drinkers has fallen to below nine percent, and is made up predominantly of men and over-60-year-olds. Just two percent of 18 to 25-year-olds fell into this category.

In fact, the majority of French adults consume alcohol less than once a week – and 18 percent never drink.

The study also looked at the decline in bars and cafes around the country, the number of which had fallen by 13.4 percent since 2008. This figure remained stable in 2016, a result “that can probably be linked to the rebound of tourism to France in the last quarter of 2016″, according to Alexis Capitant, the organization's General Director.

The study was carried out by Ifop, Kantar Worldpanel and Crest/NPD Group and surveyed a total of 17,000 adults across France.