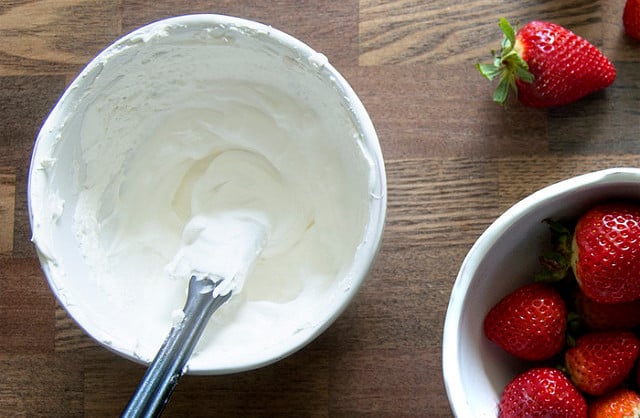 The latest in a long line of injuries caused by exploding whipped cream makers in France occurred in the town of Tremery in the Moselle department in the east of the country.

A mother, who was making a dessert for her four-year-old daughter’s birthday, was injured when the whipped cream dispenser exploded in her hands.

“I shook the bottle and then it just exploded,” the victim told local radio. “It was terrible, the lid was gone and the cannister was lodged in the ceiling. When I saw the 15cm hole that it made, I thought if I had been hit it in the head, I would have been finished,” she said.

The woman was however left with a leg injury after being hit by a part of the dispenser.

“At the time, I did not understand what was going on and did not feel anything. It was only when I saw the blood I realized,” she said.

The brand of the dispenser she was using has not been named.

The incident would almost certainly not have made the news but it came just over a week after a young French blogger and Instagram star was killed when her own whipped cream dispenser exploded.

Rebecca Burger, who had a large following on the social media site, where she posted regular pictures of herself promoting fitness products, died in a freak accident after a pressurised canister used for dispensing whipped cream exploded, hitting her in the chest, her family said.

Her family warned the public against using the Ard'Time dispenser and posted a picture on Instagram of the model that Burger had used.

“Here is an example of a whipped cream canister that exploded and struck Rebecca's chest, resulting in her death,” the post read. “Do not use this kind of utensil in your home! Tens of thousands of defective devices are still in circulation.”
The dispenser in the image is not actually the one that exploded which was taken away by police.
According to reports in France the victim's brother has announced that the family will sue the company that made the dispenser.
Her death came after after two similar accidents in France in 2014. Neither resulted in death.
France's National Consumer Institute (INC) had already issued a warning over the same type of cannister, used by the Ard'Time brand, saying the plastic lid may not be able to withstand pressure from carbon dioxide inside.
In 2014 The Local reported how at least 15 brands of dispensers sitting in thousands of French kitchens had the same defect and a consumer watchdog group called for the government to mount a full-scale public education campaign on the dangers of the devices.
Reacting to the blogger's death Ard'Time released a statement saying: “Ard'Time is aware of this accident and unfortunately can only deplore it, although at this stage there is nothing to establish a link between this accident and our brand,” said the company.
“We cannot let it be said that we have done nothing since February 2013, the date of the first incident involving an Ard'Time siphon,” the company said in a statement to L'Express newspaper.
Url copied to clipboard!