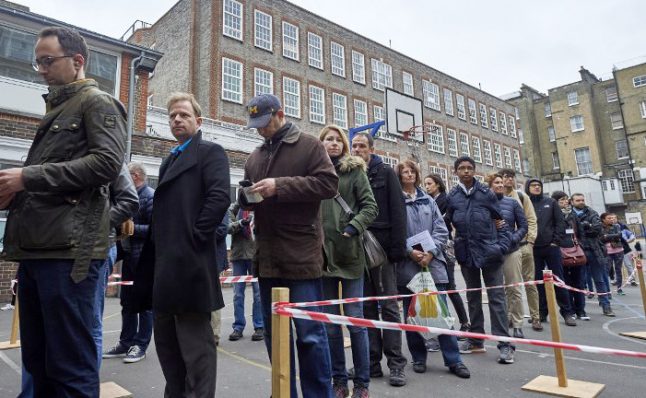 Photo: AFP
Candidates for French president Emmanuel Macron's La Republique en Marche! (REM) party have come out on top in ten out of the eleven overseas constituencies in the first round of voting in France's crucial parliamentary elections.
The first round of the elections take place in France on Sunday June 11 but the 1.3 million expat voters living around the world already had the opportunity to cast their votes, although less than 19 percent of them actually cast a ballot.
Nevertheless it was it was very positive news for Macron.
The REM candidate for North America Frédéric Lefebvre came out with an overwhelming 57.53 percent of the vote and the candidate representing the constituency of Central America, South America and the Caribbean was also far in the lead with 43.17 percent of the vote.
Alexandre Holroyd, the REM candidate for northern Europe, whom The Local interviewed last week, also gained more than 50 percent of the vote.
The only electoral ward that the REM candidate didn't come out ahead was the 9th, representing North and West Africa, where independent right-wing candidate Leila Aïchi came out with 20.29 percent of the vote.
With his party ahead in 10 out of 11 constituencies the results will act as an important vote of confidence in the new president, although it may not entirely be a surprise given French expats heavily backed him in the presidential election.
The latest polls suggest Republique en Marche are set to gain a healthy overall majority in parliament, something most experts and analysts could never have imagined a just months ago.
READ ALSO: