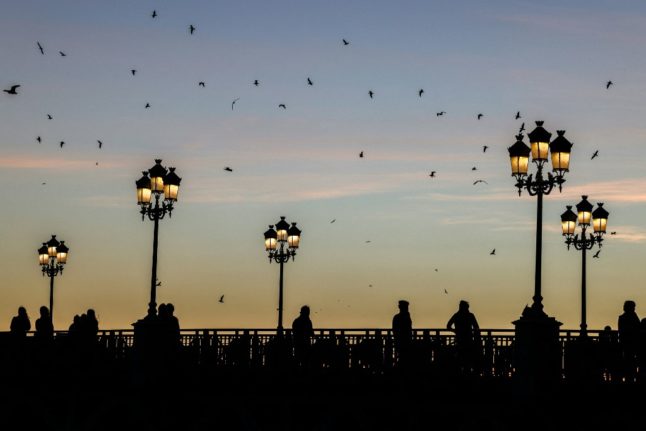 There are some big plans for extra high-speed rail lines in the south west, including the Bordeaux-Toulouse section, Bordeaux-Dax and eventually a link-up to Barcelona. Once finished, the works will cut the journey time between Toulouse and Paris to three hours. 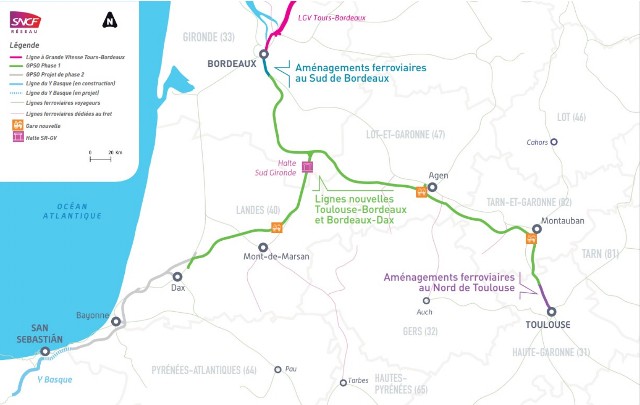 So that’s the good news. The perhaps slightly less good news is that extra property taxes will be levied in the south west in order to cover some of the costs.

Not everyone will pay these, but here’s the breakdown of which households will be affected and how much the extra tax is likely to be.

Moving on to slightly less conventional public transport, and the city of Bordeaux is currently running a public consultation on creating a new cable-car to cross the river.

The idea of the seven-minute cable car ride across the Garonne is that, as well as being a fun tourist attraction, it will link up to the city’s tram system and better connect the areas on the east and west banks of the river.

You can find more details – plus how to have your say in the consultation – HERE.

It’s a major issue for rural-dwellers during the winter months – the risk of being accidentally shot by hunters while hiking, cycling, dog-walking – or even tending your own garden or driving on a nearby public road.

While tens of thousands of people enjoy la chasse, the pastime is becoming increasingly controversial because of the number of accidents linked to hunting (which usually means shooting).

Now the government has unveiled its 14-point plan to make hunting safer – it includes alcohol limits for hunters (because guns and drink are not a great combination) and an app to track where hunters are in action, but does not include the ban on Sunday hunting that many were calling for.

And south west France is particularly famous for its many beautiful chateaux. While plenty of these are still private dwellings, others have been turned into commercial enterprises with wedding venues particularly popular.

Picture of the week

And if you’re in the rugby heartlands of south-west France, you’re likely to be seeing pictures of this distinctive individual this week. 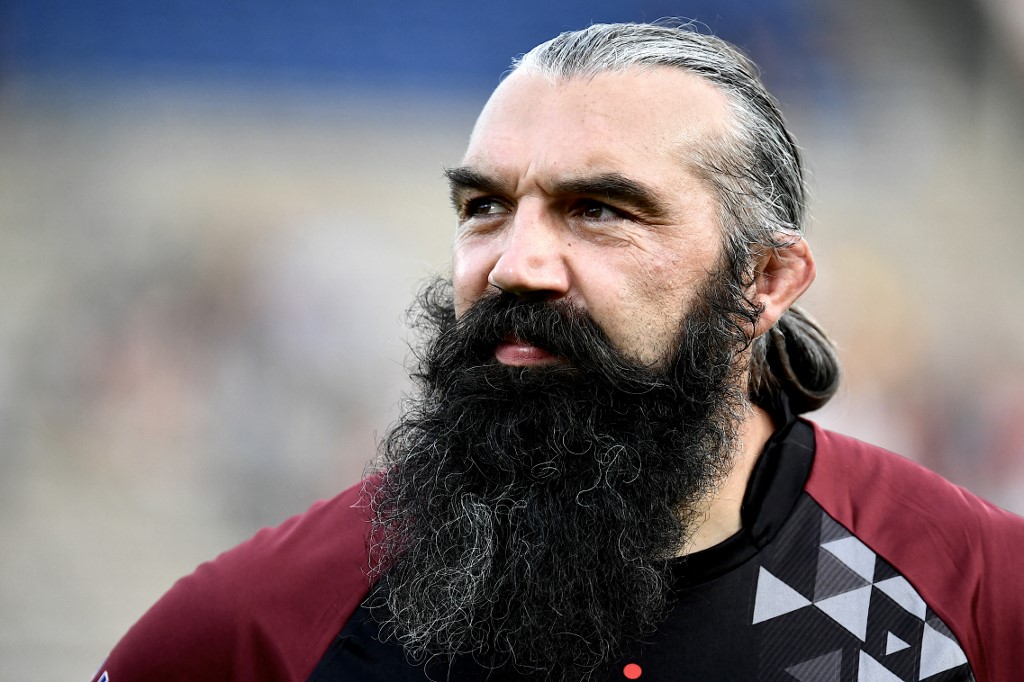 This is Sébastien Chabal, who played rugby for France between 2000 and 2011, in those days famous for his flowing locks and beard that saw him nicknamed ‘the caveman’.  He’s retired from playing now, but he’s back in the news because he’s in hot water over allegations that he bought more than 100 tickets for the 2023 Rugby World Cup matches (held in France in September and October) despite rules limiting the number of tickets that can be bought together.

He denies any wrongdoing. Many who have tried to get tickets for the event have reported a frustrating experience with long waits, a crashing website and immediately sold-out matches.

The cinema club Lost in Frenchlation has recently expanded its activities from Paris and is now holding screenings of French films with English subtitles in Charente.

The aim of the club is to allow people who are still learning French to experience French cinema, and club founder Manon selects a nice mix of new releases and French classics for the screenings.

The Charente screenings take place roughly once a month in the town of Marthon, about 30 minutes drive from Angouleme. New Year’s Day saw a screening of the musical hit Maestro, and the February screening will be announced soon on the Lost in Frenchlation website here or the Marthon cinema Facebook page here (in French). If Marthon is too far for you to travel, Lost in Frenchlation also offers an online library of French films with English subtitles. 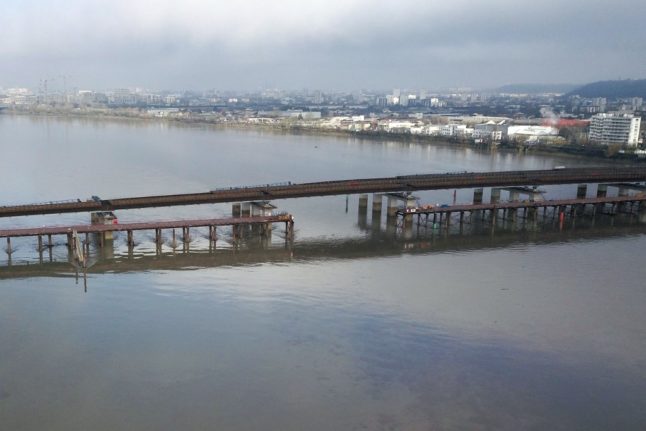 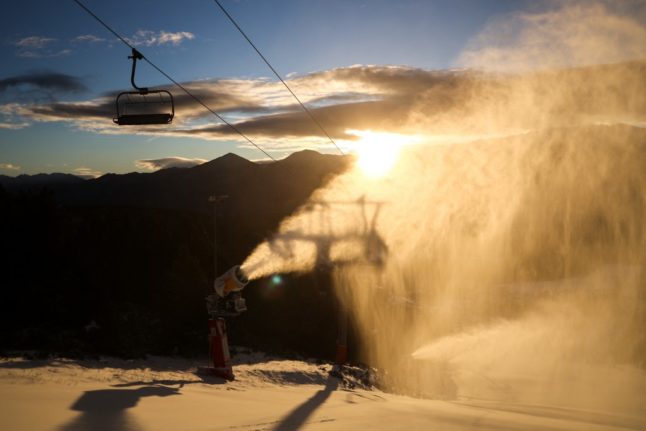 Pension protests in the region

As France prepares for another day of widespread strike action on Tuesday, January 31st in protest against French President Emmanuel Macron’s proposed changes to the retirement system, demos are planned across the south west.

In Bordeaux, mobilisation will begin at noon at the Place des Quinconces, and the procession will go down to the Garonne and along the quays.

Around 20 percent of Bordeaux public transport employees have declared that they will walk out, according to Le Figaro. Tram services will be normal for the A line, but the B, C and D lines will experience delays. Additionally, several bus lines will not run.

There will also be other protests in other parts of the south west. The local newspaper, Sud Ouest, put together a map of where people in the region plan to mobilise on January 31st. You can see the locations for the south west (in green) below:

A new bridge for Bordeaux

Scheduled to open in June 2024, the Simone Veil Bridge will soon connect the right and left banks of the Garonne in Bordeaux.

In January, the bridge passed a symbolic milestone: construction began on the left bank (as shown in the image below) to link up with construction from the right bank.

Construction on the bridge first began in 2018, but disagreements between the construction company and local authorities within the Bordeaux greater urban area have led to delays.

Local residents can get excited about a bridge that is intended to both ease traffic congestion and provide a place for pedestrians and cyclists to cross over the Garonne, with tree-lined sidewalks and bicycle lanes, according to Actu FR.

Jean Touzeau, the vice president of the greater urban area for Bordeaux, said that at 545-metres long it will be a “new generation” bridge and that it offer “unique look”.

It comes as residents of Bordeaux are being consulted about a plan to install cable cars over the river.

Over the summer, France saw over 48,000 hectares of land burn amid forest fires, with the worst of them hitting Gironde. Some parts of France’s south west continue to have water restrictions in place (you can see the map HERE).

Now France’s environment minister Christophe Béchu announced a drought plan for this summer, including plans to develop “a form of Ecowatt water, on which we will find the pressure on water supply locally”.

The Ecowatt app shows users the risk of power cuts in their areas – the water app would be similar and users will also receive advice on how to reduce their water use.

You can read more about how France will tackle future droughts here.

All property owners in France will have to complete an extra tax declaration this year, including those who may own a second home in the south west, but normally live in another country.

Do not fear – this isn’t an extra tax, it’s simply an extra piece of paperwork that has to be filled in, known as a Déclaration d’occupation, and this declaration is concerned with whether the property is your main residence or a second home.

However, the French government is in the process of scrapping the taxe d’habitation for most people, and now only high-earners and second-home owners pay it. The problem is that the tax office don’t have a record of whether a property is used as a main home or a second home and therefore don’t know who to send bills to. You can learn more about this new form and how to fill it out here.

Video of the week

Last week marked the 50th edition of the Angoulême International Comic book festival. Check out the video below of the Guez-de-Balzac chapel which hosted a ‘sound and light’ exhibition of the work of bande-dessinée artist Philippe Druillet.

Down in the Landes seaside resort of Capbreton, the French rugby team have been holed up for their final training camp ahead of the Six Nations.

Local autograph-hunters, plus school and youth teams, turned up in force to wish the French team luck ahead of the tournament beginning on Sunday.