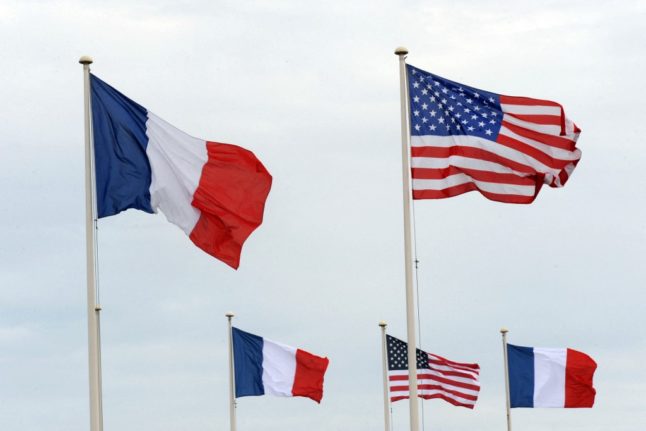 Americans have the special pleasure of being taxed based on citizenship, rather than residency. This means that they must file tax returns in the US every year, despite living abroad.

EXPLAINED Who has to file a tax declaration in France?

This also means that Americans living outside of the United States must be very careful of certain financial products in France, including some types of pension plan and investment options.

One popular French investment option – which will often be offered to you by your bank – is the “Assurance Vie.”

While this is an entirely legitimate product that makes good financial sense for other foreigners in France (and French people) wanting to save, Americans should avoid it.

“Assurance Vie” might sound like it should translate as a “life insurance policy” – an insurance policy in which the premium is paid out to dependent family members after one’s death. In fact, however, in French this is actually called “assurance décès” and it is available through most banks.

Assurance Vie, on the other hand, is a life insurance wrapper that holds investments, usually with a minimum deposit.

The primary benefit to an Assurance Vie is that it is a great tool for being tax efficient – you can grow your investments tax free and you can choose who inherits them, rather than going through the traditional French inheritance process.

But Americans should avoid Assurance Vie, and this is because of how the Internal Revenue Service (IRS) views them.

The IRS considers Assurance Vie a Passive Foreign Investment Company (PFIC). These are pooled investments registered outside of the United States – for example a mutual fund, an exchange-traded fund (ETF), a hedge fund, or some insurance products (like the Assurance Vie).

READ MORE: Ask the experts: What do Americans in France need to know about investments and pensions?

Maeve Hoffman, qualified financial adviser and partner at Spectrum Group, explained the reason owning PFICs as an American is complicated: “With funds, there is growth happening in the background, and the financial institutions are not set up to provide the level of detail required [by the IRS].

“I describe a lot of these types of investments like a box. The physical box might be called an ‘Assurance Vie’ and what goes in the box depends on you and your risk appetite, but inside the box it is doing lots of things.

“For US citizens, there is no box. You must declare every year what is happening inside, and a lot of financial institutions either can’t or won’t provide that level of detail. It’s not that the fund is doing anything weird or wonderful that should cause the US to have issues. It is like a blender that is moving all the time, but the U.S. reporting wants to know what all the underlying activities are.”

This is also something that Americans with French spouses (filing tax declarations) should be aware of, particularly if their French spouse wishes to invest in an Assurance Vie.

While the Assurance Vie is a great tool for being tax efficient for non-Americans, and can offer alternatives to the regimented, traditional French inheritance process, for Americans living in France it can lead to lengthy and complicated dealings with the IRS.

“It is death by a thousand cuts,” Hoffman said, warning Americans to avoid opening one of these investment tools.

What if I already have an Assurance Vie?

For those who already opened an Assurance Vie in France, do not panic.

Financial adviser Cedric Bernier from Harrison Brook recommends “switching to an investment that is not considered a PFIC.”

Bernier also said that “in some cases, it is okay to keep an Assurance Vie.” However, this will depend on the age of the client and the amount invested – to do this you would likely benefit from the assistance of both a cross-border financial adviser and tax adviser.

In most cases, the Assurance Vie can be closed down at any time, with funds withdrawn.

Bernier mentioned that people should beware that some Assurance Vie plans have “a surrender penalty charge” to close accounts,” but “each provider is different and there should not be anything stopping a client that wants to close one.”