Studying in Paris is the fastrack to a successful career in business. Photo: Getty Images

France is a world leader in business education for a number of reasons. Together with business school ISC Paris, we look at some of the factors that contribute to the success of French business schools and how you can take advantage.

French is among a number of powerful world languages

Almost every business school in France offers its tuition completely in English, including ISC Paris, so there’s no need to learn French to study at one.

That said, French language skills are something usually developed, either through natural immersion outside the classroom, or through structured lessons offered as part of the program.

While English is widely considered the international language of business, French is one of the top five spoken languages in the world, with 284 million speakers. Being able to speak both English and French in your professional dealings is a powerful tool in your repertoire.

The French gave us the term ‘entrepreneur’

When French economist Jean-Baptiste Say coined the word ‘entrepreneur’ in the 19th century to describe those individuals backing their own business enterprises, he couldn’t have predicted the economic and technological boom the country was about to go through.

In the late 19th century, France experienced an economic and technological boom as business attempted to supply the rapidly growing middle class. The camera, the department store, the pasteurisation process – all were direct responses to market needs.

To this day, the country continues to prize innovation, with French President Emmanuel Macron launching a €30-billion investment fund to grow the digital economy.

France’s spirit of enterprise and innovation is carried across to the country’s business schools. As Jad Bazih, head of ISC Paris’ MBA program states, “The MBA… is the door to an entrepreneurial mindset. We focus on reinforcing the managerial skills of candidates, and maintaining a strategic vision.”

France is a world leader in several industries

France is often most closely associated with the luxury, beauty, fashion, and design industries. However, this perception ignores those areas in which the country leads the world.

The world’s largest energy provider, EDF, is French, as is insurance giant AXA. Peugeot, Renault and Michelin are stalwarts of the automotive industry, and BNP Paribas is a giant of the banking world. As the digital economy surges, Orange S.A. is the parent company of many of the world’s most recognisable telecommunications providers.

Undertaking an MBA at a French business school not only gives you the ability to see French business up close, but experience it during practical components of the program, such as ISC Paris’ capstone projects. Here, students act as consultants to some of France’s  – and the world’s – biggest companies.

The proximity to so many market-leading companies also means that some of the world’s most exciting managers, CEOs and business thinkers are regular lecturers and guests at French business schools, including ISC Paris.

ISC Paris is one of France’s most respected business schools, offering high quality teaching and experiential learning. Learn more about their MBA program before the February 2023 intake 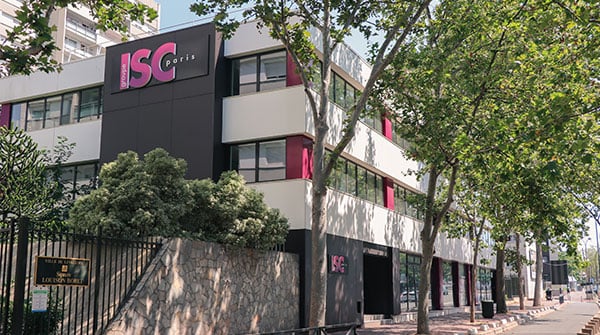 A number of nationalities are represented in the ISC Paris MBA class, and each student has their own story and appreciation for what the school offers.

Ukrainian Yevheniia Stasiuk states: “After dramatic events in my country, I found a shelter in France. I really appreciate that ISC Paris allowed me to join the current International MBA course.

“I chose this course because in my opinion ISC Paris is one of the most progressive European business schools. The classical MBA education, that puts you deep inside the culture of doing business in France, is necessary for all foreigners who are aiming to continue their career path here.

“For me it’s a unique chance to restart my life, maintain my professional skills and integrate into the French job market.”

Issam El Hadouti, who came to ISC Paris from the US, says: “Coming from California, I find Paris to be a very beautiful city offering a lot to students. It is also very affordable compared to San Diego! The professors at ISC Paris are very engaging and challenging and care a lot about the school.

“I am very pleased with the content of the classes in our MBA and already gaining lots of corporate business knowledge. It is fantastic!”

You will also find that the cost of living is far less in France, even in the capital. Depending on your circumstances, there are a wide range of accommodation options, including on campus at ISC Paris.

Ready to explore a French MBA?

It’s important to do your research, to find the right French business school for you – one that matches your specific needs and working arrangements.

For an MBA at a French business school that offers a global business perspective, infused with the French spirit of innovation, consider ISC Paris. With world-class teaching, an international student body and location in the heart of the Paris, it is your key to a fulfilling professional business career.

Learn more about the MBA from ISC Paris, which prepares you for an exciting business career anywhere in the world. Apply now for the February 2023 intake 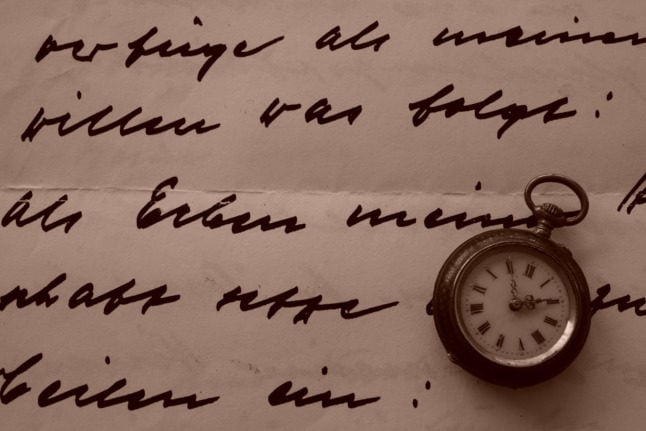 Moving to France and buying property here involves a lot of paperwork, but one piece of paper that is often forgotten in a Will.

So do you need to make a whole new Will when either moving to France or buying property here, or is your old Will valid?

The short answer is that your previous Will can remain valid – but under some conditions.

Long answer: If you make it clear that this is what you want, your non-French Will can apply over your estate, otherwise French inheritance law will take precedence over – at least – any French assets you may hold.

READ ALSO Wills, estates and notaires – what you need to know about inheritance laws in France

All non-French residents in France can opt for the law of the country of their nationality to apply to their estate. This law still applies to Britons, despite Brexit, so it may not be necessary to make an entire new Will.

But this decision has to be clearly expressed, otherwise – under the same EU regulation that allows you to choose under which law your estate shall be administered – the law of the country of the deceased’s last residence will apply to the entire estate.

At a minimum you will need to add a codicil to your Will, stating that you want the law of your home country, not French law, to apply.

Alternatively, a testament olographe stating that you want the Will of your nationality to apply, should be sufficient – though this is best done with the help of a notaire.

If you don’t live in France but do have property here then your home country’s Will should apply, but for the avoidance of doubt it is better to add that Codicil clearly statting that you do not want French law to apply to your French assets.

If you do decide to make a new Will in France, do seek professional advice from a notaire, since it’s not as simple as just leaving all your worldly possessions to whoever you like. French inheritance rules may be very different to the ones you are used to and include, for example, a ban on disinheriting your children.

Be aware, too, that under French law there are certain rules on who can inherit what. So, if you make a French Will for your French assets, they will have to comply with these rules.

The Notaires de France website also offers useful advice in English, while a list of English-speaking notaires in France is available here.