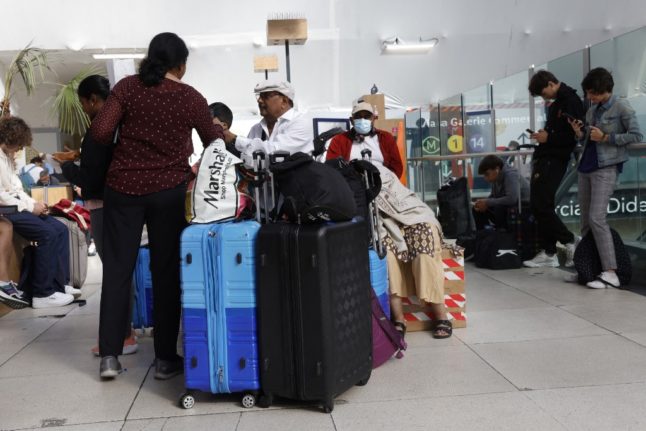 Unions representing conductors and ticket collectors have called a strike running from Friday, December 2nd to Sunday, December 4th, which has led to major disruption across the rail network.

Overall just four in 10 of the normal services are running on the high-speed TGV, Ouigo and Intercité lines, although local TER services are not affected.

Normal traffic is set to resume on Monday, although it is expected that there will be significant knock-on disruption.

Anyone who has pre-booked tickets will receive an email or SMS if their train is cancelled, but travellers are advised to check if their train is running before going to the station. Those services that do run are likely to be extremely busy.

Refunds of 100 percent are available for anyone with tickets booked for strike days – even if their train is not cancelled – and there is also the offer of a free alteration onto any service until December 8th, said operator SNCF.

SNCF says it is running;

The strike will continue on Saturday and Sunday – SNCF will publish full details on which services are running the following day at 5pm each evening. Monday’s services are also expected to see significant knock-on effects from the strike.

The strike is not affecting public transport in cities, or suburban trains such as the link between Paris and its airports.

The TGV Lyria service, which runs between France and Switzerland, has seen some services cancelled but the Eurostar is not affected.