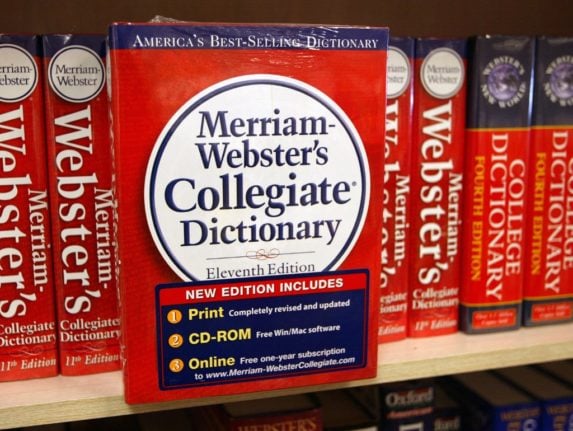 If you are looking to take a holiday in France sometime soon, and you feel less than confident about your French, you might be a bit shaken by France’s ranking as the least English proficient country in the EU.

The global scores for the Education First English Language Proficiency test  have been released, and they showed that France remained in the “moderate” grouping, though with lower scores than many of its European counterparts, including Spain and Italy – countries it has outperformed in previous years.

But the real picture is more complex, as some French cities faired better than others. Paris, for instance, had a higher English proficiency score than both Madrid and Rome.

And within France, there were some interesting trends. Bordeaux came out on top in terms of English ability – three points higher than Paris, in fact, who ranked third. It was the city of Toulouse that came in second place. 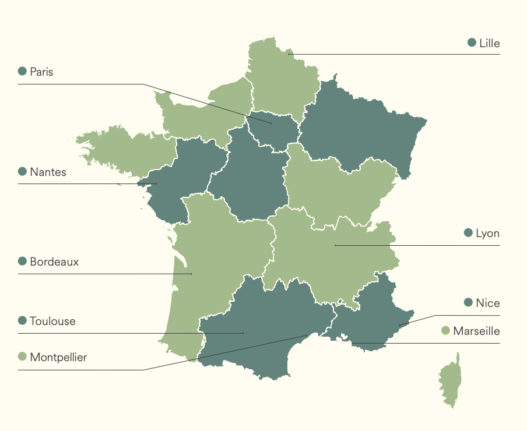 Six French regions ranked “high” instead of moderate on the test, and the best scores (in order) were from Île-de-France (the Paris region), Pays de la Loire, Occitanie, Provence-Alpes-Côte d’Azure, Grand Est and Centre-Val de Loire.

While most cities scored “high” instead of “moderate,” two trailed behind the others with the lowest scores – those were Marseille (in second-to-last place) and Montpellier, who performed the worst out of all French cities.

Regionally, the regions with the lowest English levels in mainland France were Burgundy, Brittany, and Hauts-de-France.

And if you go up to anyone on the streets of France, hoping they speak a little English, the study also found that those aged 26 to 40 were most likely to score “high” instead of “moderate.” 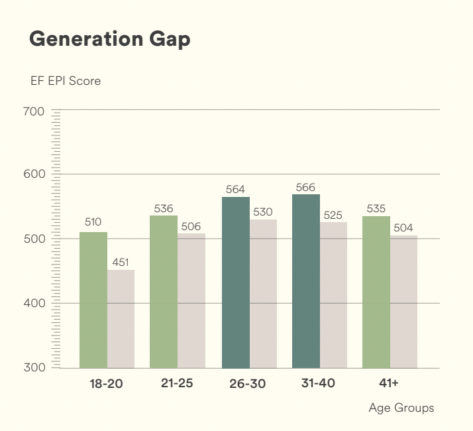 Overall, France did see a slight decrease in its general English proficiency – last year the country came in 31st place internationally, but this year it fell to 34th. The national average dropped about ten points on index, while in comparison, France’s neighbour, Italy, gained 13 points and moved up from 35th to 32nd on the global ranking.

When taking a more detailed look at France’s score, a representative from the EF EPI organisation told The Local that French scores specifically “went down in the 18-20 and the 21-25 age groups.”

The representative added that this could be related to the pandemic, though the organisation does not collect specific data on why language proficiency might be changing.

READ ALSO: Why the French struggle at English so much

“This decline in the youngest adults was already visible last year (France’s overall score also dropped last year). A decline for 2 consecutive years in only the youngest age groups which were previously either stable or improving seems to point to a pandemic effect,” said the representative.

Out of all European countries – not just members of the EU – France came in 26th place, right ahead of Ukraine and behind Spain, meanwhile the Netherlands topped the charts coming in first place for the fourth year in a row. 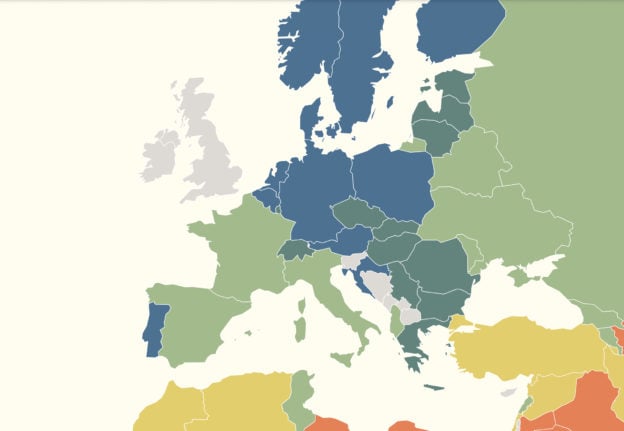 Speaking to The Local previously Education First’s Adeline Prevost said: “There are a few reasons we struggle to learn English, and I think one of the main ones is that we lack exposure to English here in France. For example we don’t get many films in VO – because French is a widely spoken language, we get translations without a problem.

“In other countries, for example Sweden, where the language is not spoken around the world, translations from English are not available so easily so people have more exposure to English.”

Teachers have also criticised the quality of English language teaching in French schools.

But Francette Popineau, Co-General Secretary and spokesperson of the largest teacher’s union FSU-Snuipp suggested to The Local that perhaps children in France should be learning less English.

“This English hegemony bothers me a little bit,” she said.

“It’s a very practical language, but it’s not necessarily the language the children are speaking.”

Rather than pushing for a reinforced universal English training, Popineau believed the government should reinforce the languages children in France already spoke at home.

“It could be Chinese, Arabic or Spanish. No language should be set aside to make room for another,” she said.

“Besides, after Brexit, perhaps it’s time to ask ourselves to reconsider the place we are giving English in Europe.

“Is the European language really going to be that one of a country that is no longer there?” 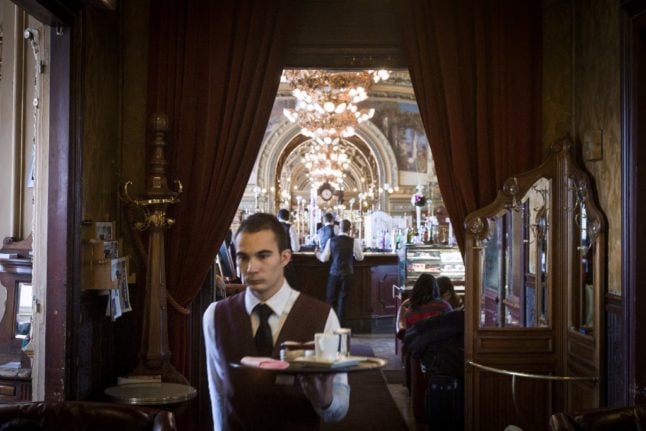 FOOD & DRINK
FACTCHECK: Do French waiters really tell customers what they can order? 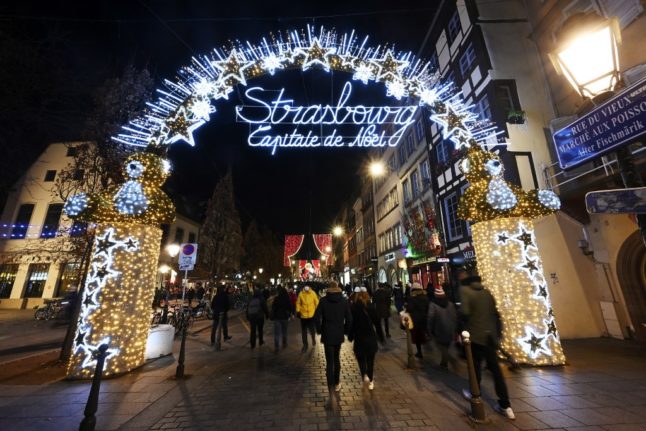 The latest example of this concerns a request for an oat milk latte in Paris, but over the years there have been numerous other stories of waiters refusing a request for a steak ‘well done’, plonking down a bowl of meat in front of a vegetarian or simply informing the diner that their request for coffee with their meal is wrong.

I’m in Paris and I ordered an oat milk latte and the waiter said no.

Not to mention of course, The Local’s Europe editor and his quest to get beaufort cheese for his fondue.

We’re not doubting the veracity of these stories of course, but how common actually is this? And how can you ensure that you get what you want?

The first thing that visitors need to remember is that France is its own country with its own (proud) culinary traditions.

Outside the big cities there’s not much on offer in the way of non-French food, so if you particularly want something from your home country you might need to accept that it’s either not available or it might not be a particularly good version of the dish.

If you want top quality food, it’s better to stick to the local offerings, prepared with care, pride and local ingredients.

This also applies to coffee – all countries in Europe have their own distinct traditions when it comes to coffee and creations like pumpkin spiced lattes are really not common outside the anglosphere.

READ ALSO How to drink your coffee in the French style

French coffee usually means a short espresso-like drink, or a milky café au lait or café crème. If you want something different you might need to look for somewhere that serves US-style coffee (there’s always Starbucks, if you insist).

Stick to the menu

It’s common in some countries to look at the menu and then tell the waiter how you want the dish made differently, but this is not a tradition in France, where’s it’s assumed that the chef knows how he wants things to taste.

If something is not on the menu then that probably means it’s not available.

If you want a dish made differently you can make a polite request for this to happen, but don’t assume it’s an option – many French waiters will simply be baffled if you tell them you want the goat’s cheese salad without the goat’s cheese, and suggest that you order something else instead.

It can come over as rude or high-handed (and grumpy waiters exist, without a doubt) but consider that your server is actually trying to help you.

Working in hospitality is quite a high status job in France and many servers will have expert knowledge of which wines pair well or how a dish is best served. If they hear you ordering something that they think will not be a pleasant dining experience, they will have no hesitation in telling you, and suggesting something else.

Likewise people who work in food shops are often experts in their field, so if they tell you that a certain combination will not be good, or a certain cheese is too good for a fondue, they are probably right.

One of the most frequent complaints about French waiters is that they are rude and undoubtedly rude waiters exist, particularly in the more tourist areas of Paris.

But they may be reacting to what they see as rude behaviour from you – have you greeted your waiter with a bonjour/bonsoir? It’s considered rude to fail to greet someone politely and instead just start barking out your order.

French waiters are skilled professionals and expect to be treated like equals, rather than servants.

And if they think you are rude, they won’t hesitate to be rude back – there is no concept of ‘customer is king’ in France (probably just as well when you consider what they did to their king).

On a related note – while English language skills are pretty common among serving staff in tourist areas, don’t assume that your waiter speaks English. Even if you don’t speak any French at all it’s considered polite to begin with a bonjour/bonsoir before asking Parlez vous anglais ?

Rudeness can even cost you extra in some French cafés.

The price of everyday rudeness. Seen in a Café in Clécy, Calvados. I wonder if they sell any at € 1.10. pic.twitter.com/dSYmb63SGr

There’s obviously a big difference between having specific dietary requirements and/or allergies and just being fussy.

If you have an allergy or a dietary requirement it’s best to flag this up in advance so that your waiter knows your needs and why you are making your request.

J’ai une allergie et je ne peux pas boire de lait du tout. Avez-vous du lait d’avoine ? – I have an allergy and cannot drink any milk at all. Do you have oat milk?

Some waiters are just rude

But sometimes you can do all of this and still find a grumpy, surly or unhelpful waiter. Maybe they’re just having a really bad day. 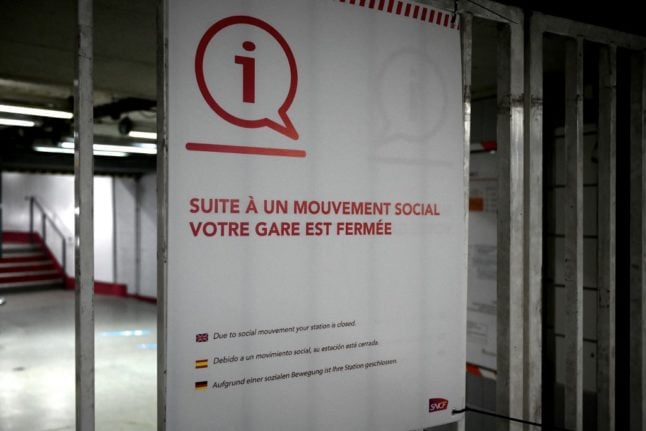 CULTURE
The six unwritten rules that explain life in France 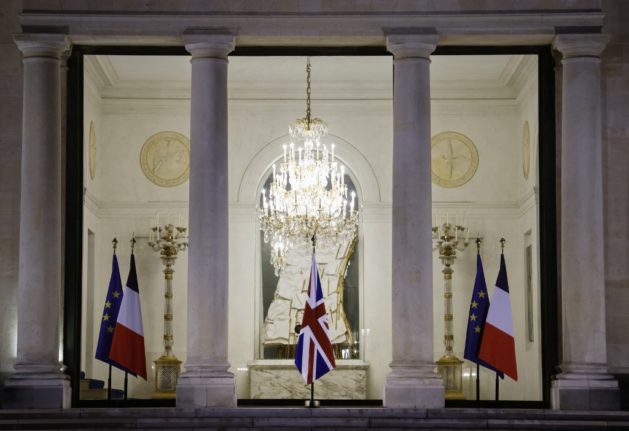 FRANCE EXPLAINED
‘The French have a taste for princes’ – Why British royals are so popular in France
Url copied to clipboard!