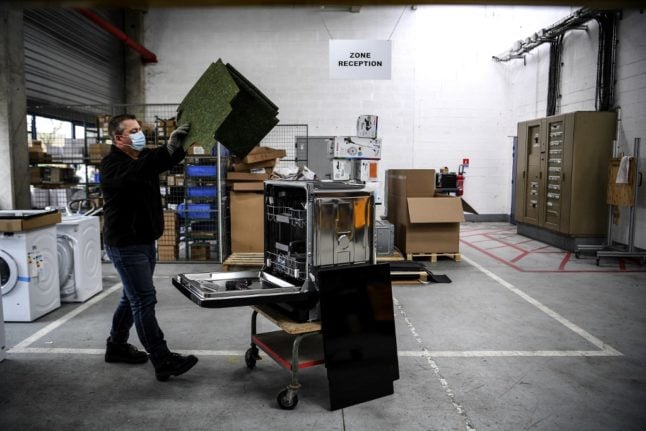 France has put up €410million to help householders cut the cost of repairing white goods and other electrical appliances in a bid to reduce waste and control the cost of living.

Currently, an estimated 90 percent of white goods and small electrical appliances are replaced when they break down, rather than repaired.

From December 15th, a ‘bonus réparation’ intended to help with the cost of repairs to household appliances that are no longer under warranty, including coffee machines, washing machines or laptops, will be available to households across the country.

It is hoped that it will increase the number of devices that are repaired by 20 percent, from 10million to 12million annually, by 2027.

In total, 30 product categories will be covered – with support set to range from €10 towards the cost of repairing a coffee maker, €25 towards fixing a washing machine and €45 towards laptop repairs, according to Ecosystem, which is charged with recycling appliances and white goods in France

In order to benefit from the repair bonus, log on to the ecosystem.eco website to find a registered nearby repair service. Any discount will be automatically deducted from the invoice.

But finding a registered professional to carry out repairs may be initially difficult. So far, only 500 professionals across France have been awarded the QualiRépar mark, required to be able to offer the discounted repair services.

In November, vacuum cleaners, dishwashers and high-pressure cleaners were added to a lengthening list of electrical products that were required to show their ‘repairability index’ – a rating out of 10 indicating how easily and cost-effectively they could be repaired.

The idea behind the index is to convince consumers to buy products that can be repaired, thus increasing their lifespan and cutting down on waste. 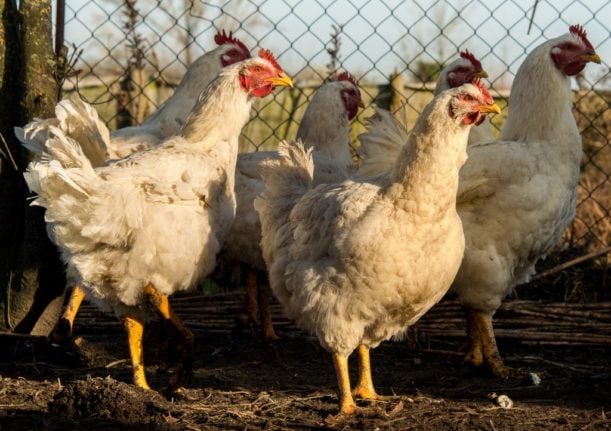 COST OF LIVING
Not un œuf! Why there might be an egg shortage in France

Mayonnaise, quiche, omelettes – they all have one foundational ingredient in common, and soon it might become more scarce and more expensive in France.

The production of eggs – a food that 99 percent of French people consume – could drop by as much as 10 percent this year, according to reporting by Franceinfo.

Amid rising inflation, the price of eggs has already been increasing this year. Franceinfo estimated that the price of a box of six eggs has increased by 13 percent since September 2021. The head of the French supermarket giant, Système U, told the French news outlet that eggs have been one of their products whose price has increased the most in 2022.

Egg prices are rising for several reasons, namely the fact that the product may be facing a shortage in coming months.

The primary reason is that bird flu – an epidemic impacting poultry across France. While the disease typically does not spread to humans, it is lethal and highly contagious for poultry.

In France, the spread of bird flu forced farmers to have to slaughter approximately 770,000 animals since the beginning of the summer. This has led to a decrease in the number of hens available to produce eggs – and thus, fewer eggs.

As of November 10th, agriculture authorities announced that the risk of spread had increased from “moderate” to “high” in the country. This meant that further prevention measures needed to be put in place, specifically the confining of all outdoor poultry.

France’s ministry of agriculture called the situation “exceptional” and “never before encountered in France due to its magnitude” on their website.

In addition to the ongoing bird flu crisis, farmers are also faced with higher electricity bills and an increased cost of grain (used to feed poultry) as a result of the ongoing war in Ukraine, forcing many to increase prices in order to meet costs.

On the other side – the cost of living crisis has impacted consumer habits, as well, with many more people opting for eggs as a more affordable source of protein, rather than meat, which has also become more expensive in recent months.

Are there any possible solutions?

While some farmers have contested the government’s decision to require that chickens be confined indoors, arguing that it will not help stop the spread of the disease, the government sees the measure as transitional.

A vaccine will potentially be available in 2023, and it has been undergoing testing since June, with “tangible results expected in December or January,” according to the Minister of Agriculture, Marc Fesneau.

Fesneau told France Bleu that “the objective for us is to help farmers get through this period and to ensure that next year, with the vaccine, we have something that will allow us to approach the period more confidently.”

ENERGY
Reader question: When should I turn my heating on in France this year?

PARTNER CONTENT
Protect yourself from the rising costs of living
Url copied to clipboard!