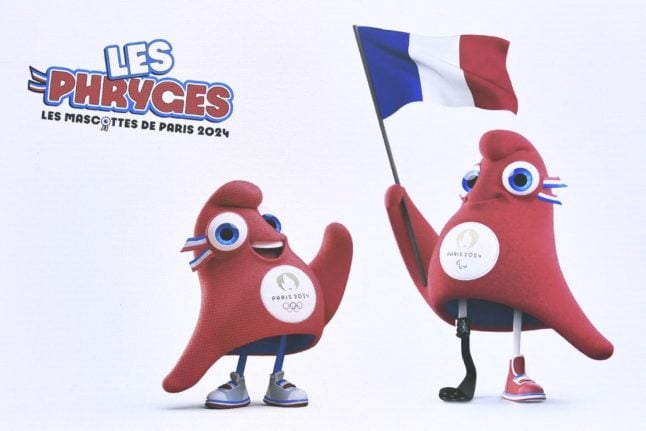 The newly unveiled Paris 2024 Olympic and Paralympic mascots during their official presentation in Saint-Denis, north of Paris. (Photo by STEPHANE DE SAKUTIN / AFP)

You may recognise the new Olympic mascot as the droopy hat the smurfs wear, or perhaps you may have seen it donned on Marianne – France’s lady of liberty – in paintings and on statues.

It is the Phrygian cap, a symbol of the French republic and has been chosen as the mascot for the 2024 Paris Olympics.

Here are the Olympic Phryge and the Paralympic Phryge!
The #Paris2024 mascots ✨
They are sporty, love to party… and are so French 🇫🇷 pic.twitter.com/plupKzQqNs

Sporting a pair of sneakers as a nod to the present, the animated red caps were unveiled on Monday.

Normally, the Olympic mascot is an animal, but according to Tony Estanguet, the president of the organising committee, they wanted one that would “embody the French spirit by offering something new.”

Thus, the Phrygian cap was chosen as “a nod to the revolutionary spirit we want to instill in the Games,” Estanguet told French daily Le Parisien.

Julie Matikhine, the brand manager for the Paris 2024 Olympic games, told Franceinfo that the duo of mascots are meant “to lead a revolution by our side through sport,” and to show “that sport has the power to change everything.”

She added that the “reference to the Phrygian cap is that of our French spirit, a spirit so unique that it has crossed through centuries.”

A symbol of liberty 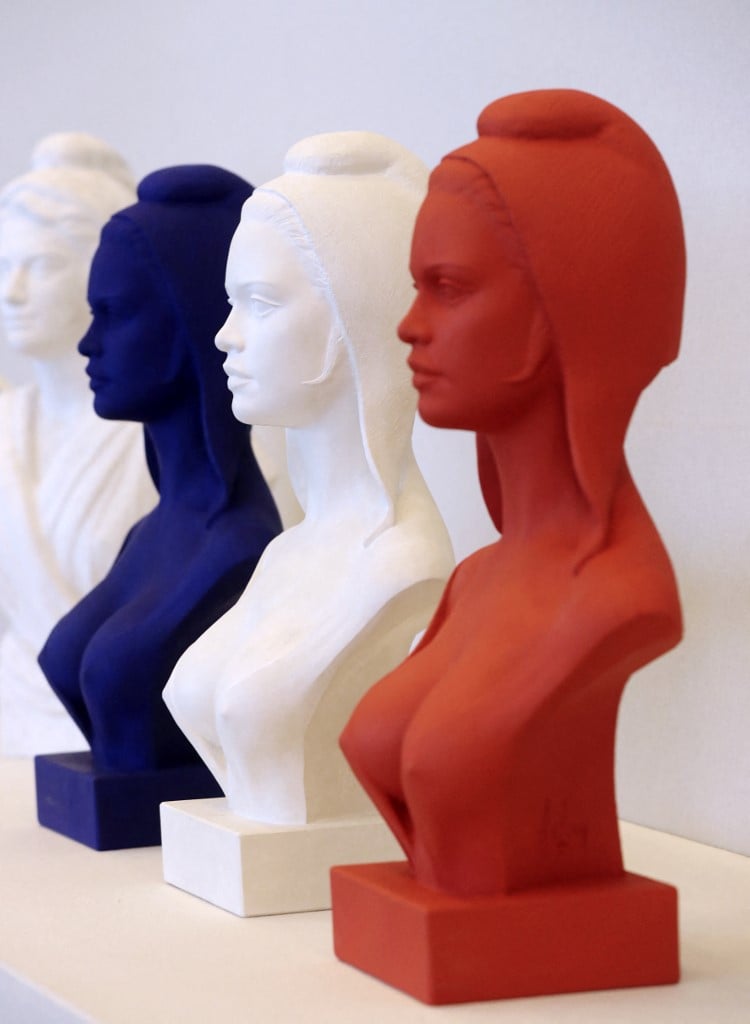 “Bardot” busts of Marianne are displayed during the 100th French Mayors congress on November 21, 2017 in Paris. (Photo by JACQUES DEMARTHON / AFP)

Also known as the “red cap of liberty” or the “liberty cap,” the Phrygian cap is not to be confused with a béret. The brimless hat is a cultural staple in France, famous for having been worn by members of the French revolution.

A symbol of freedom for centuries, a similar version of the cap was first worn by freed Roman slaves and represented their liberation.

Since the French revolution, it has become a national symbol for the French republic. In the famous painting “Liberty leading the People” Marianne, the symbol of Liberty, is wearing a red Phrygian cap, as she does in several other representations.

The cap also appears on many flags and coats of arms of Latin American countries.

But the brimless hat is not the only way that the 2024 Olympics plans to recognise the French revolution – the marathon route is the one French women took to Versailles from Paris on October 5, 1789, to protest over principally the rising price of bread. 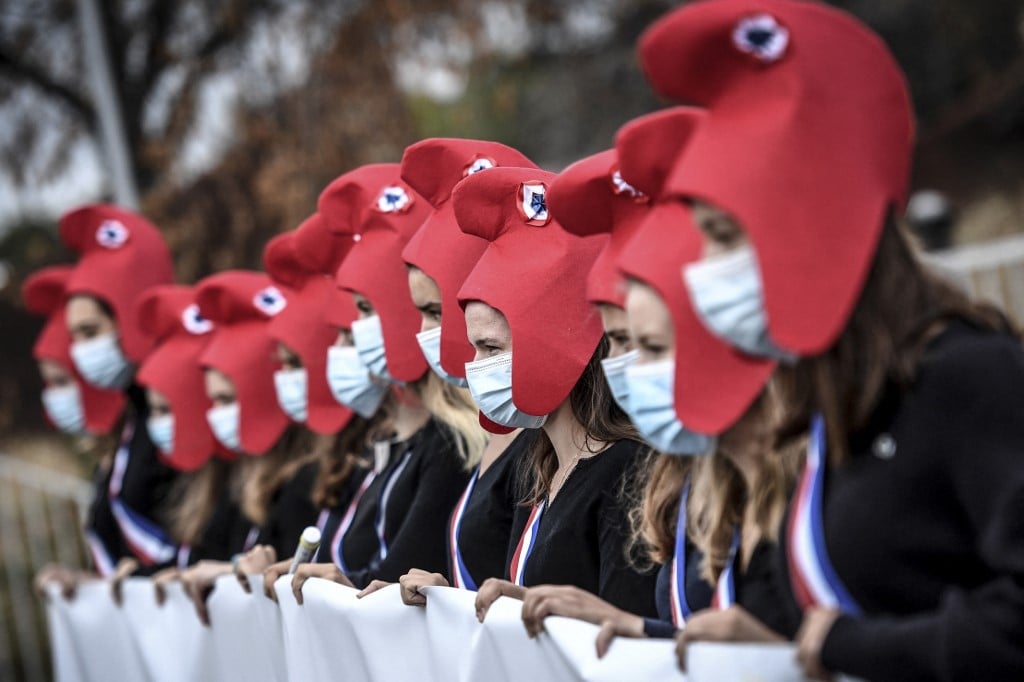 The Phrygian caps are often seen during protests in France. Women marchers who depict themselves as Marianne often wear the caps. (Photo by STEPHANE DE SAKUTIN / AFP) 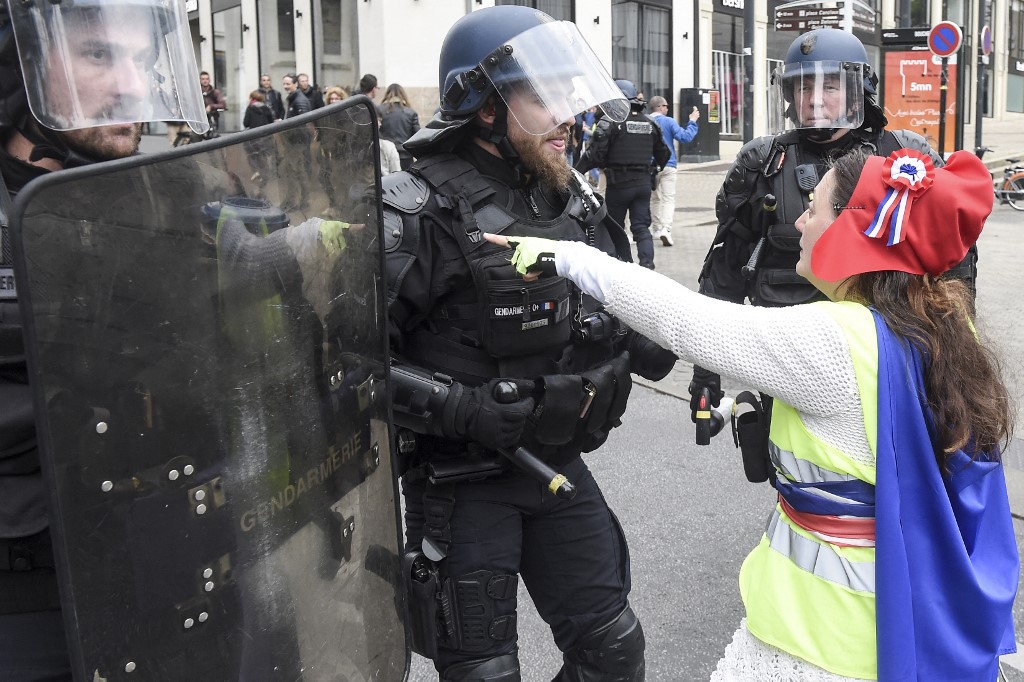 A woman wearing the Phrygian cap, depicted on statues and imagery of France’s Marianne, faces French gendarmes as she takes part in the traditional May Day (Labour Day) rally in Nantes, western France, on May 1, 2019. (Photo by Sebastien SALOM-GOMIS / AFP)

As for the mascots themselves, one of the mascot’s eyes is blue and one of the two is draped in two ribbons in the colours of the French flag, in the style of a cockade, or knot of ribbons, which was another symbol of republicanism during the Revolution.

The other difference to the Paris 2024 mascot is that it will not be represented by just one mascot, instead the Phrygian caps will be a family, similar to the Minions or the Smurfs.

There will be two heroines: the cunning Olympic Phrygia and the Paralympic Phrygia, branded as the more festive and extroverted of the two. The latter of the two mascots has a visible handicap – a prosthetic leg.

The brand manager for the Paris 2024 games told Le Parisien that “For us, [the disabled mascot] is the flagship for a great movement of inclusion and equal opportunity.”

The mascots will be sold on T-shirts, mugs, and pins, as well as in the form of stuffed animals starting on Monday. But the toy replicas have drawn some controversy, as almost all are set to be made in China.

Organisers defended their manufacturing plans and told AFP that this is “like the great majority of toys sold in France.”

No figures were given for the number of toy replicas that have been manufactured but they are expected to make up “between 20 and 25 percent” of merchandising revenue.

The issue has divided opinion since Russia invaded Ukraine last February and used Belarusian territory to launch its offensive. That led to bans from several major sporting events.

The International Olympic Committee (IOC) last week said it was examining a “pathway” to allow Russians to participate in Paris, probably as neutral athletes rather than under their national flag, a position backed by the United States on Thursday.

But Kyiv has called for a complete ban on Russian participation, with a Ukrainian presidential aide accusing the IOC of being a “promoter of war”.

The head of the Russian Olympic Committee has demanded his athletes be able to compete without restrictions, but the IOC said some sanctions against the country’s athletes would continue.

Tony Estanguet, head of the Paris Olympics organising committee, on Friday said many athletes were “not involved at all in these decisions right now and, personally, I think they shouldn’t suffer the consequences of decisions that don’t concern them”.

“We’re hoping a maximum number of delegations and athletes can live their dream of taking part in the Games,” he told AFP in the southern French city of Marseille, where the torch relay will begin in April 2024. 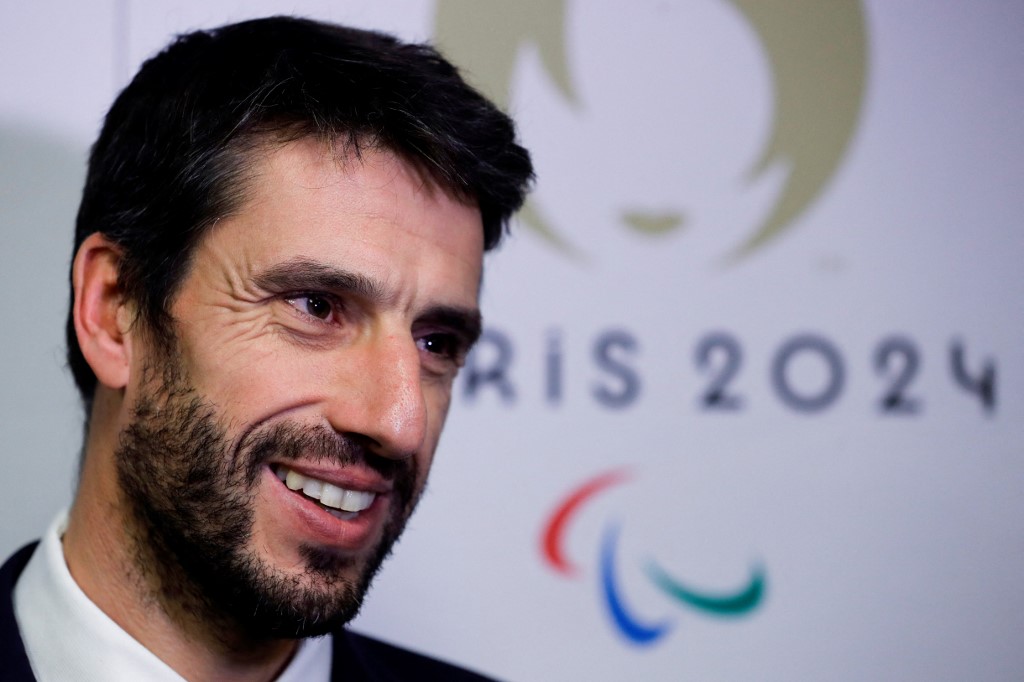 President of the Paris Organising Committee of the 2024 Olympic and Paralympic Games, Tony Estanguet Photo by Thomas SAMSON / AFP.

Estanguet, a three-time Olympic canoe champion, said it was up to the IOC, the International Paralympic Committee and individual federations to decide on delegations’ eligibility for the Games.

“My role as an organiser is to offer athletes from across the world the best organisation and security conditions,” he added.

Poland’s sports minister on Thursday said he expected up to 40 countries including Britain and European Union member states to come out against allowing Russian and Belarusian athletes to compete in Paris next year.

Sports ministers from the group have a video call scheduled for February 10th, he added.

Estonia’s prime minister on Friday suggested her country might even boycott the Olympics if Russian and Belarusian athletes were allowed to participate, while the Danish government said Russia must remain “excluded from all international sport” as the Ukraine war continues.

READ MORE: Calls to limit right to strike in Paris during the Olympics