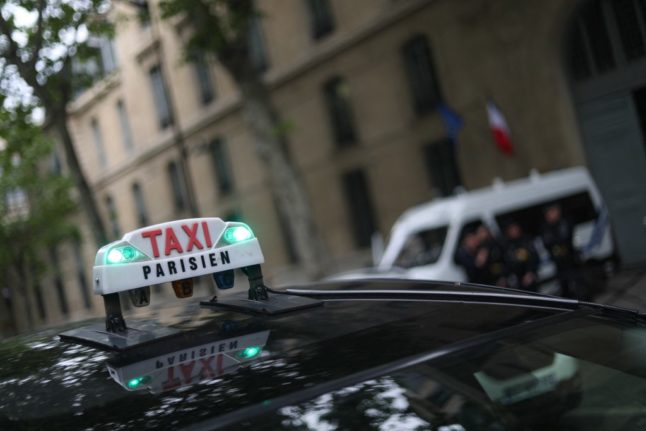 Taking a taxi in Paris can sometimes be a harrowing experience – it certainly was for Fergus Shepherd, who was visiting Paris with his wife and children during the half term holiday and was unpleasantly surprised to find a charge for €890 on his credit card. Shepherd believes it was linked to short taxi ride he took between two of Paris’s most famous tourist spots.

While it is not certain that Shepherd’s charge was linked to his Paris taxi ride, many tourists in France’s capital have been targeted by scams related to taxi services. Most often, these are perpetrated by unlicensed drivers – especially at airports and train stations – who charge rip-off fares.

While the city of Paris has been attempting to clamp down on unlicenced drivers in recent months, tourists and locals alike might be looking for safe alternatives to Paris taxis.

The one that everyone knows, Uber is available in Paris although you might find it more expensive than in cities like London (because the drivers are employees and therefore entitled to social benefits). It’s available in the city and the suburbs, although there are sometimes long waits and if you take one on a strike day it’s highly likely that the fares will be hiked.

This service will connect you with an official Paris taxi – the same ones that you can hail in the street, but the app allows you to book up to 30 days in advance, so it’s handy for late night or early morning airport runs. It also has an option to select ‘pet friendly’ if you’re travelling with an animal.

Payment works in the same way as Uber – users save their credit card information on the app and therefore do not need to pay on board.  At the conclusion of the ride, the fare will be charged and the user will receive a voucher by email.

If you do not want to download the app, you can also call the phone number listed on their website.

This ride-share app operates very similarly to Uber, in that you can call a car at the moment you need one. You can also set it up so that there are multiple stops, if needed.

If you share the application with a friend, or they share it with you, then you might be entitled to a discount on your next ride.  Also, if you are travelling for business, Bolt has an option for how to expense your work rides by creating a “work profile” on the application so that it knows to send receipts to your work email, as well as to provide monthly reports with ride details.

In France, this type of ride share application is called a “VTC” or “Véhicule de Tourisme avec Chauffeur.“

This French ride-share company has received accolades for its commitment to environmental protection, specifically the promise that all CO2 emissions will be offset via the Yann Arthus-Bertrand’s Goodplanet Foundation. Additionally, most drivers operate electric or hybrid vehicles.

When you log onto the application, you can choose to either “plan a trip” or “leave now.” Keep in mind that planning a trip in advance might be slightly more expensive than the option to “leave now.”

To use Marcel you can go to the website or download one of the mobile apps for Android or iOS (iPhone, iPad).

Heetch – a play on words with the English expression “hitchhike” – is also a French ride share company. The start-up begin in 2013, and it was originally intended to be specifically for people returning home from nightclubs, so it was only available for use between 8pm and 6am from Thursday to Saturday.

Since then, the application has adapted to be available at all times of day, every day of the week.

What sets Heetch apart from other ride hailing apps is the fact that passengers can pay in cash if they would like. Once you have plugged in the address that you want to go to, the application will ask whether you want to pay in cash or by card.

Otherwise, the interface is quite similar to Uber – you can see where nearby cars are located and you can view an estimation of how long your journey will take, when the car will arrive, and how much you can expect to pay.

READ MORE: What you need to know about taking a taxi in Paris

Le Cab is another French taxi alternative. The application promises that customers will only pay the fixed price they agree to when reserving their ride.

Le Cab advertises itself on its availability across the country. It is available in 24 cities across France, so if you are travelling across the country and you are unsure whether one of the other services will be available, Le Cab will likely be present in that city.

If you are looking to avoid cars altogether, you can always rent a bike while on your trip. While Uber and Lime have options to rent bikes on their applications, you could also go with a city bike rental option.

In Paris, the primary choice would be “Vélib” which was launched in 2007. With over 1,400 docking points across the Greater Paris area, Vélib stations are usually to find. You can also opt for an electric bike (these are coloured blue, instead of green).

You can rent the bike for 45 minutes for just €3 or you can consider a 24-hour rental, which would cost €5. Normally, at the Vélib station you should be able to enter your credit card information and make an account, but if that is not available then you can do so online.

For people with disabilities, there are other options for hiring adapted bikes. These might include low seat bikes, folding bikes, three-wheelers, and more. Two websites – Espace vélo pour tous and Vélo handicap offer accessible alternatives for those with reduced mobility.