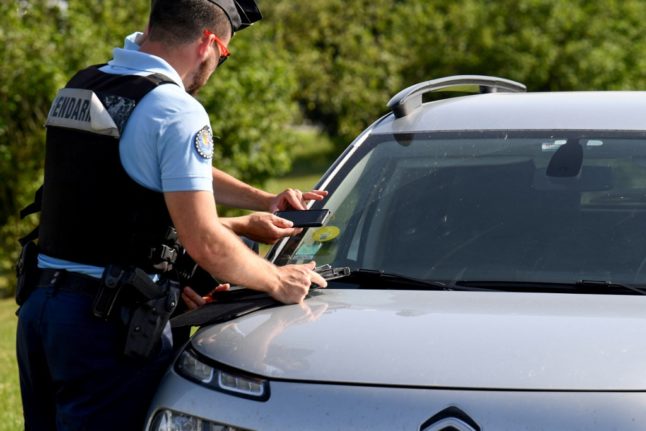 These zones already exist in 11 French cities – Paris, Lyon, Grenoble, Aix-Marseille, Nice, Toulon, Toulouse, Montpellier, Strasbourg, Rouen and Reims – but by the end of 2025 they will be compulsory for any town that has more than 150,000 inhabitants. In total this will be around 40 towns and cities.

In addition to this, local authorities in smaller towns can create ZFEs, if they want.

It’s worth noting that these zones can apply to the whole metropole – the city, suburbs and surrounding smaller towns – for example, the Paris zone includes the city itself and three surrounding départements of Seine-Saint-Denis, Val-de-Marne and Hauts-de-Seine.

The system is already up and running in 11 cities, and will be expanded to others by the end of 2025.

In addition to this, enforcement will be stepped up with camera monitoring and fines of up to €750 – this will begin happening in the second half of 2024.

The system works via the Crit’Air stickers – this is a sticker that every vehicle entering a ZFE must display, it assigns the vehicle a number based on how polluting it is from 0 (electric vehicles) to 5 (older diesel vehicles). 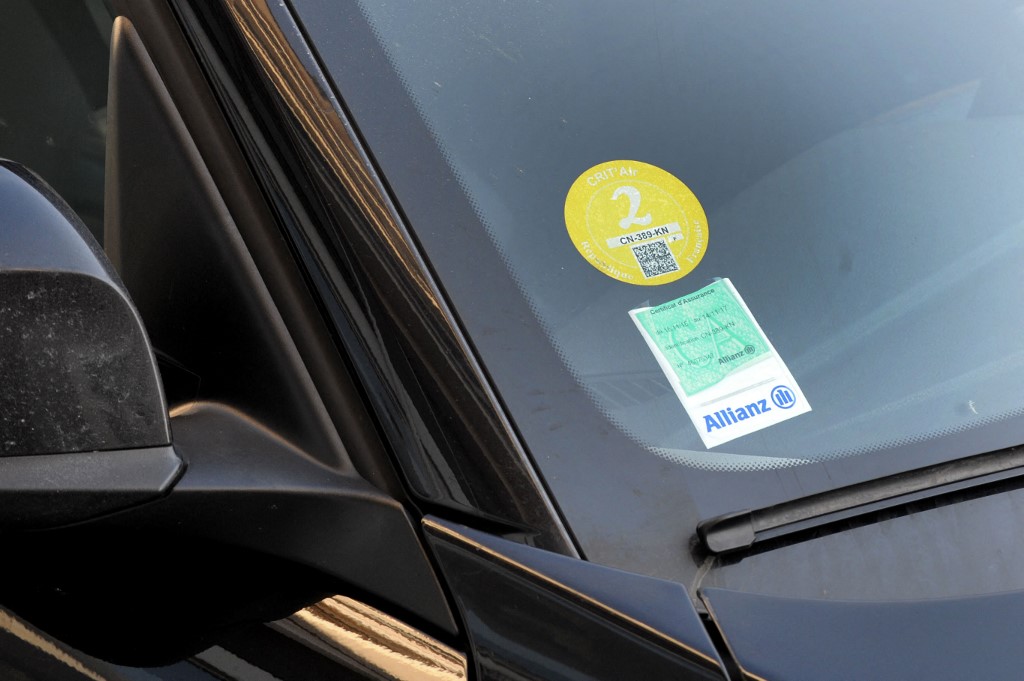 The Crit’Air sticker must be displayed in the windscreen. Photo by JEAN-PIERRE CLATOT / AFP

Vehicles with 4 and 5 stickers are then banned from certain areas (usually the city centre) or limited to certain times. The exact details of the restrictions are up to local authorities, who have the power to extend the limits – for example Paris intends to also ban Crit’Air 3 vehicles by July 2023.

If you’re entering a ZFE you will see signs that look like this: 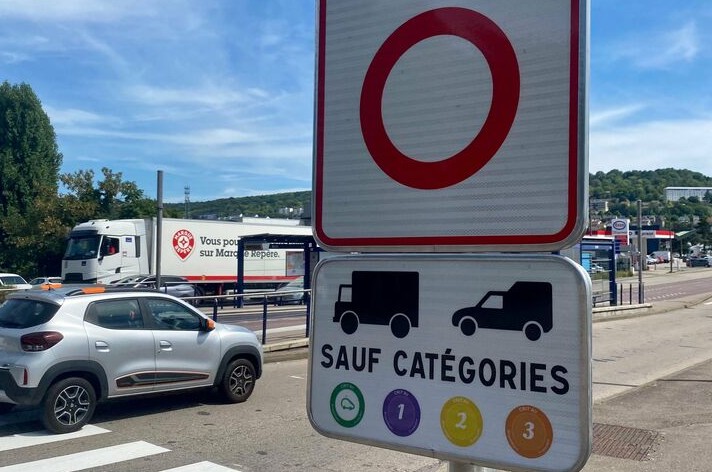 This sign tells drivers that only vehicles with Crit’Air 0, 1, 2 and 3 are allowed. 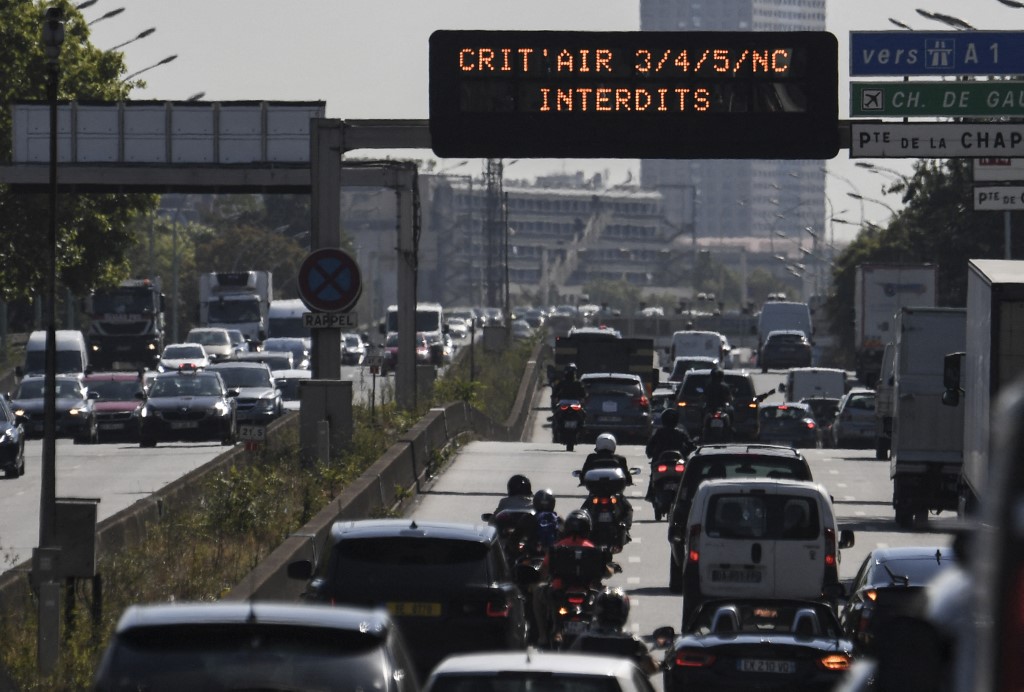 This signs says that Crit’Air 3, 4 and 5 vehicles plus Non-Classified (ie those that don’t have the sticker) are banned. Photos by ALAIN JOCARD / AFP

These mandatory stickers are required for all vehicles, including those with a non-French registration, and must be ordered in advance of your trip – click HERE for details of ordering.

How is this checked?

At present enforcement of ZFEs is patchy and depends on police making traffic stops. However Béchu announced that automated systems will be brought in to monitor the system and issue fines.

Full details of exactly how this will work are yet to be revealed, but it’s likely that this will involve remote cameras, similar to enforcement systems in cities like London.

At present the fine for breaching Crit’Air rules – either driving in a ZFE without a Crit’Air sticker or entering an area where your vehicle is not allowed – is €68. However this will become a Class 4 traffic offence, which has a maximum fine of €750.

The new fine levels will be levied from the second half of 2024, although several local authorities have said they will have an ‘education’ period, where drivers will be warned about the new rules before beginning to issue fines.

There are exceptions to the vehicle bans, including cars with a disabled sticker, emergency vehicles, vintage cars and, in some areas, cars registered to essential workers such as healthcare staff.

The environment ministry says the full list of exemptions will be released “in due course”.

One of the biggest criticisms of ZFE is that they unfairly target the worst off, who are more likely to own older, more polluting vehicles.

There is financial aid available to residents of France (you do not need to be a French citizen) to trade in their old cars for newer, less polluting models including electric cars – more HERE.

ZFEs are intended to reduce air pollution in towns and cities, by banning the most-polluting vehicles. They can exist alongside other local authority backed schemes such as pedestrianising city centres.

The levels of nitrogen dioxide in the air of several French cities, including Paris, Marseille and Lyon, exceed safe levels and in early October the government was fined €10million for failing to hit its own targets to improve air quality.

“More than 40,000 deaths per year in our country are directly related to this poor air quality. One of the ways of improving this is the low-emission zones,” said Béchu.