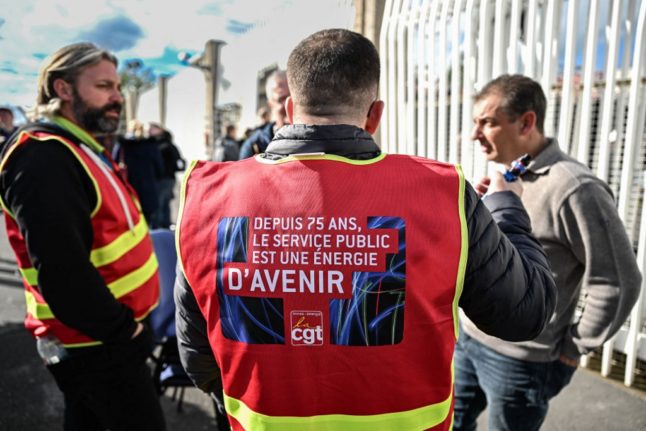 An employee of EDF wearing a red working vest of French trade union General Confederation of Labour (Confederation Generale du Travail - CGT) during a strike at the Gravelines Nuclear Power Station, in Gravelines, northern France, 20th October 2022. The text on his back reads, "For 75 years, public service has been an energy of the future". Photo by Sameer Al-DOUMY / AFP

The strike, launched on the 13th September, threatened to delay efforts to bring over half of France’s nuclear reactors back online, just as the country is facing potential power restrictions and shortages from Russia’s clampdown on natural gas exports to Europe.

It also risked snowballing into a general strike against soaring inflation, as it came at the same time as a protest by oil refinery workers that has led to petrol shortages across the country.

The pay deal for the nuclear sector will see a five-percent wage hike for the lowest earners, while managers will get a 2.5-percent bump plus bonuses that have yet to be finalised, said union official Franck Redondo.

“If the deal is ratified by unions on Monday, for us the matter is closed. Everyone will be back and working all out to get these plants back online,” said Redondo, an FO union official at the Gravelines nuclear plant in northern France, the biggest in western Europe.

Around two dozen of the country’s 56 reactors, spread across 18 power plants, have been offline for months because of safety risks from defective welds or maintenance work.

EDF has been racing to get them back online before winter, when electricity demand jumps as people turn up the heat and typically spend more time at home.

“The negotiations are over. An agreement will be submitted to labour unions for approval by employees,” an EDF spokesman told AFP. 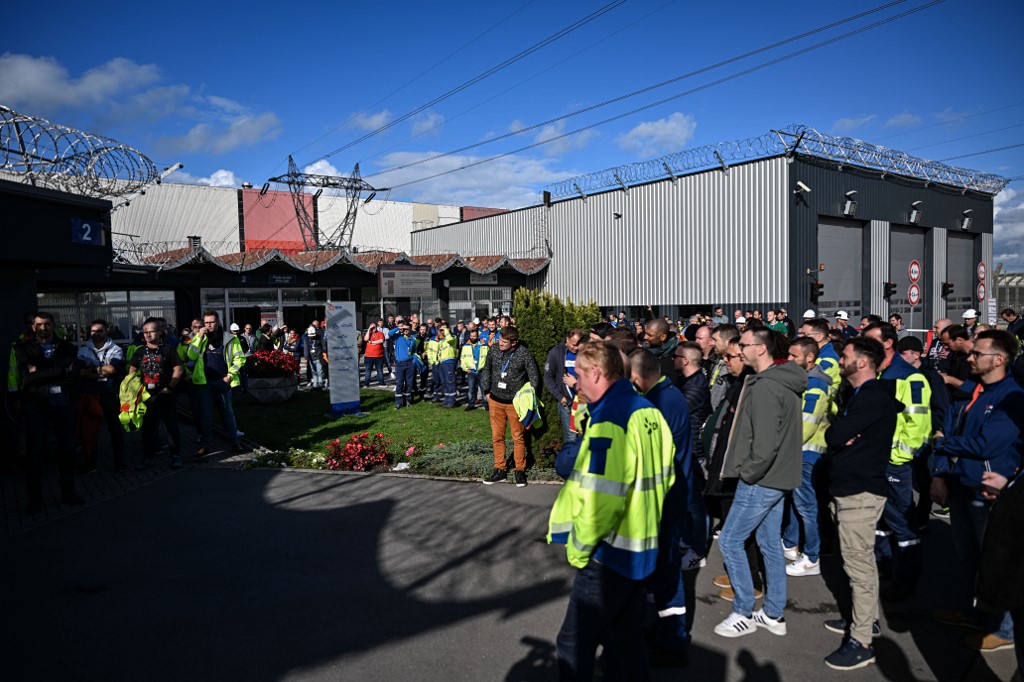 Employees of Gravelines Nuclear Power Station gather at the entrance, during a strike in Gravelines, northern France on 20th October, 2022. Photo by Sameer Al-DOUMY / AFP

Meanwhile a strike by workers at oil major TotalEnergies continues at two sites — a refinery at Gonfreville near Le Havre in the north, and at the Feyzin fuel depot near the southeastern city of Lyon.

Workers have lifted blockades at other TotalEnergies sites but nearly 20 percent of service stations were without at least one type of fuel on Friday, the start of autumn school holidays, a major travel period.

“I didn’t use my car for as long as possible and worked from home,” said Mickael Grumen, 43, as he waited in a long queue to fill up in Boulogne-Billancourt, a suburb southwest of Paris, before leaving for holiday in Deauville, northern France.

The CGT union said on Friday it would stage new national strikes on 27th October and 10th November to demand higher wages, after a strike on Tuesday that disrupted public transport and other services, although not as severely as many had forecast.

The protests are the latest sign of growing pressure on President Emmanuel Macron as he seeks to push his reformist agenda through parliament, in particular an increase of the retirement age to 64 or 65 from the current 62.

A similar attempt sparked massive strikes two years ago, before the government abandoned the overhaul amid the Covid-10 outbreak.

READ ALSO: Will strikes and fuel shortages affect the autumn holidays in France?