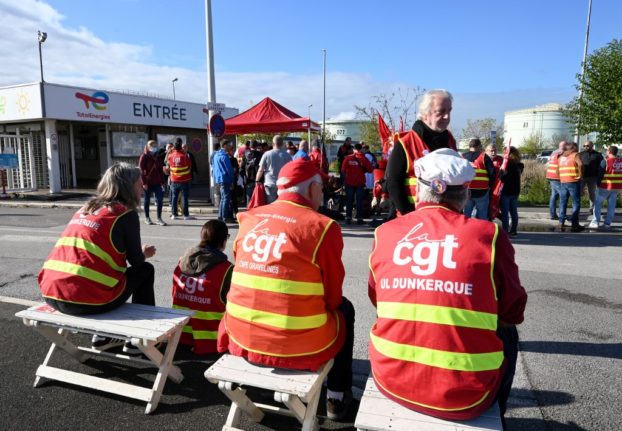 In recent weeks several of France’s seven refineries and one fuel depot were out of action as striking members of the hard-left CGT union staged blockades, rejecting a pay offer from the hydrocarbon industry leader that other unions accepted.

The blockades have prevented fuel trucks getting out of the depots, leading to filling stations across France running dry and drivers unable to fill up their cars.

But on Wednesday the CGT said the strike at the Donges refinery in the west of the country was suspended, as well as at two other oil sites in France, one in the north and one in the south.

The blockades will continue at the Normandy and the Rhone sites.

Strike action at two Esso-ExxonMobil refineries ended last week, after a pay deal between management and moderate unions which represent a majority of workers.

“We hope that management will heed the demands of the strikers in order to bring this conflict to an end,” Benjamin Tange of the CGT union told AFP.

The CGT had announced on Wednesday morning that it had proposed a “protocol for ending the conflict” to the management of TotalEnergies.

According to the union, the proposal was rejected by management, a statement not confirmed by the company when questioned by AFP.

The union proposal called for “negotiations on employment and investment” as well as guarantees that those who went out on strike would not be punished.

The CGT – which launched the industrial action three weeks ago – has been pushing for a 10-percent pay rise for staff at TotalEnergies, retroactive to the start of this year.

It says the French group can more than afford it, citing TotalEnergies’ net profit of $5.7 billion in the April-June period as energy prices soared with the war in Ukraine, and its payout of billions of euros in dividends to shareholders.

But the strike action has forced many filling stations to close and had a knock-on effect across all sectors of the economy.

Faced with the fuel shortages, many people have started to cancel holidays ahead of the upcoming school break, which has been impacting on an anticipated boost for the country’s tourism sector.

Energy Transition Minister Agnes Pannier-Runacher said the government is “doing everything so that people can go on a peaceful vacation”.

Some 20 percent of service stations were still short of petrol or diesel on Wednesday, according to the health ministry.

To try and ease the shortage, the government has used requisitioning powers to force some strikers back to open fuel depots — a move that has infuriated unions but been upheld in the courts.