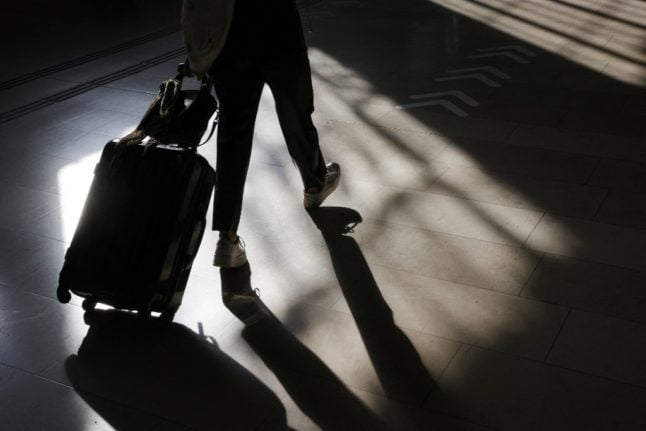 France’s national rail provider, SNCF, announced that tickets on its TGV and Intercité lines for the winter holiday period are now available.

At least 9 million tickets are on sale – 1 million more than last year – after a record summer of train travel as people increasingly opt to take the train for environmental reasons.

Customers can reserve tickets for travel between December 11th and January 2nd, 2023.

For Ouigo trains – the budget subsidiary of TGV trains – seats can be reserved in advance all the way until July 7th, 2023.

The Ouigo service has also added several new destinations, such as lines to Finistère, La Rochelle and Perpignan, that will be available for reservations this Christmas.

For those looking to travel on local TER routes, the SNCF website noted that the dates for these voyages will vary from one region to another. Tickets for places such as Auvergne Rhône-Alpes, Normandy, Burgundy, Hauts-de-France, New Aquitaine, Occitania, Provence-Alpes-Côte-d’Azur, Grand Est and Centre-Val de Loire were already available for sale on Wednesday, October 5th.

“Tickets will be put on sale gradually” for the other regions, said SNCF on their website.

Tickets can be purchased on the SNCF Connect websites and apps, or in stations, stores and SNCF-approved agencies.

For seats booked in advance, SNCF allows exchanges and refunds free of charge up to four days before departure. However, a fee will be charged if changes are made in under two days before the reserved date.

Customers should be warned, according to Ouest France, that reservation sites and the application SNCF Connect were at times unavailable on Wednesday morning, due to an influx of people using them.

French daily Le Parisien reports that at least 9 million TGV, Ouigo and Intercités tickets are on sale for the winter period, which is one million more than were available last year.

In 2021, on the opening day for the winter holiday period, over one million tickets were sold in a single day. The most popular destinations were Paris, Lyon, Lille, Bordeaux and Strasbourg.

French rail services saw over 23 million people use their services during the summer of 2022, travellers told Franceinfo they opted for train travel for environmental reasons. The record summer for SNCF reported 10 percent more passengers than 2019, prior to the start of the pandemic, with all regions benefitting from the increase.