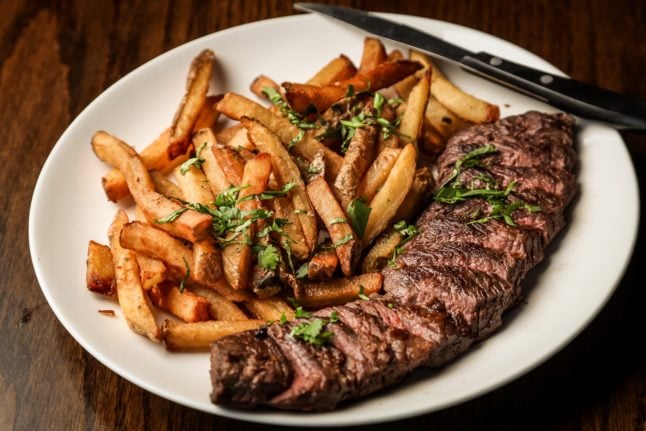 Photo by Tim Toomey on Unsplash

La Belle Vie is our regular look at the real culture of France – from language to cuisine, Gallic habits to films. This new newsletter will be published weekly and you can receive it directly to your inbox, by going to newsletter preferences or adding your email to the sign-up box in this article.

Whether you live in France or you’re far away but dreaming of your next visit, keeping up your French listening skills can be a challenge. For pros and beginners alike, all non-native French speakers can think of a moment when they found themselves staring blankly at a person jabbering at them in impossibly fast French.

I can think of several times when I have found myself in a group of French speakers, spaced out for only a moment, and lost the entire thread of the conversation. It can be a bit awkward trying to figure out the mood of the new topic based on everyone else’s facial expressions. Tuning into podcasts is a great, judgment-free way to practice your French listening skills.

We’ve compiled a list for every level of French speaker, and if you aren’t quite ready to dive into French-only listening, we’ve put together a few English-language podcasts that any francophile would love.

And though podcasts can offer a bit of escapism from everyday life, they unfortunately don’t compare to a real holiday. As an American in France, I often struggle with homesickness during the fall (j’assume that I miss pumpkin-flavoured everything). And while I will stand firmly in my belief that Asheville, North Carolina has the best fall leaves, I must admit that there are several breathtaking places to visit across France during autumn. If you are thinking of planning a trip, or just want to peruse some pretty destinations and day-dream, the guide below has exactly what you’re looking for:

If you can’t get away from home any time soon, maybe you can take a shorter trip…to a nearby French restaurant. According to readers of The Local, steak-frites is one of the most ‘over-rated’ dishes in France. Ordering an over-priced steak can be quite disappointing, both for your taste buds and your wallet.

While there are undoubtedly some French restaurants that sell badly-cooked steaks, one of the best ways to ensure that your steak is not ‘over-rated’ is to know how to properly order it.

How to order the perfect steak in France

But if you tend to lean more toward sucré than salé, then you might prefer snack-time in France to dinner-time. The goûter is a cultural staple. When I was working as a nanny for a French family, I learned quickly that nutella-based products are the name-of-the-snack-game and, most importantly, not to mess with French children’s precious snack hour.

The tradition of eating sugar-y snacks during the late-afternoon actually dates back quite a long time in France. The Local tried to figure out just why it’s so important.

Le goûter: The importance of the afternoon snack in France

After you’ve finished your goûter, should you say bonjour or bonsoir? This is the age-old question that all foreigners ask themselves when out on the streets in France during the late-afternoon to early-evening timeframe.

You might walk into a store, confidently say bonjour (because the sun is still out!) and get a bonsoir back. Confidence-ruined. Well, it turns out even the French can’t tell you when to switch your day-time greeting to a nighttime one.

And finally, if you have been guessing bonjour and bonsoir correctly recently, then you might be feeling pretty French. Maybe you went for the bises instead of a hug, or managed to order the perfect steak? You can check our list of ‘nine signs you’re becoming French’ to see how along you are on your journey toward Frenchness.

Nine signs that you are becoming French

If you like this weekly article on French culture, cuisine and language you can you can receive it directly to your inbox, by going to newsletter preferences or adding your email to the sign-up box in the article above. 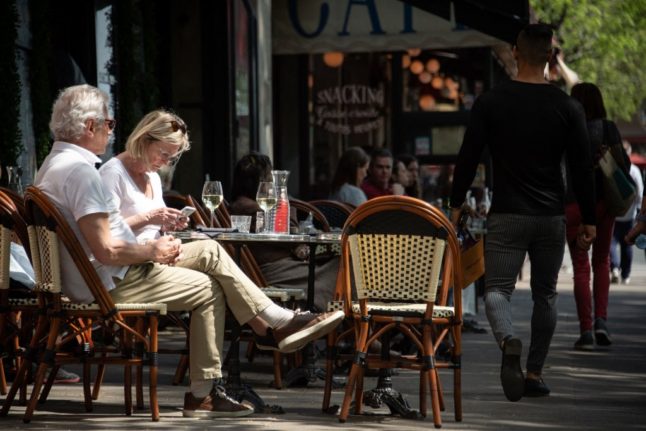 When I first moved to France, people kept telling me that the French were like melons – hard on the outside, but soft on the inside. This was often countered with anglophone countries being peaches – soft on the outside, with a hard pit interior. Basically, it was a tip to not get too discouraged over the time it takes to make French friends.

The next tip I often received was to read “Sixty Million Frenchman Can’t be Wrong” – only after that would I really understand French culture.

The advice was sound, and I’ll never forget some of the fascinating cultural analyses offered by author Jean Nadeau. Books really are a great glance into a society, so here 12 that teach you almost everything you need to know about France.

Books are not the only way to get a taste of French culture though – films are equally important.

There is no denying that France is home to quite a lot of cinephiles and the arthouse streaming platform Mubi is (almost) as popular as Netflix and Amazon Prime in France.

If you want to go head to head with a French person at a dinner party about the best movies ever, you’ll have to study up on your ‘French New Wave’ references, and for that the works of dearly-departed Jean-Luc Godard is a perfect place to start. Wearing a black polo-neck and smoking is optional, however.

And it would not be a French dinner party without wine.

This tricky beverage can be either your friend or foe in the quest to not be noticeably-not-French. The French have a joke: “How do you spot a foreigner in a café? It’s the one drinking red wine” (red wine should go with food).

Every time I try a new wine I think and say “what an oaky afterbirth” and people look at me weird… pic.twitter.com/W0avHEze36

No-one wants to be Michael Scott in The Office (US version) – raising everyone’s eyebrows with an out-of-place wine comment), so here’s a look at some of the etiquette around wine in France.

Common wine blunders you should really avoid in France

One of those faux-pas is buying cheap wine – compared to many other countries wine in France is very reasonably priced (because it’s a locally made product).

But not all wines are created equal and the really good stuff is – unfortunately – often pricier than the rest.

This is why you need the Foire aux Vins – every year in the fall grocery stores, wine caves, and wine-selling websites attempt to make some space on the shelves by marking down their vintages – meaning you can get good bottles for very reasonable prices.

Foire aux vins: How to find bargains on high quality wine in France

It might seem like a simple word, but knowing how and when to say bonjour (or bonsoir) is quite an art form. You walk into a room of twelve people…do you say bonsoir to all of them? Just how necessary is it to go out of your way to greet every person you cross paths with?

This is the essential question, especially for those of us who come from cultures where someone saying hello to you out in public might inspire fear of having to sign up for something or join a mailing list. Greetings are important in France, and there are some people you absolutely should greet.

Explained: When should you greet a French person

Finally, at the end of a long week, you might be looking for some comfort food and TV (not Nouvelle Vague films above, for which you will have to use your brain).

The perfect combination is France’s version of The Great British Bake Off – Le Meilleur Pâtissier (the best baker).

If you appreciate French pastries and quite enjoy a baking disaster, you’ll love seeing French baking amateurs attempt to construct a Breton tower out of 60 crêpes. You can watch the show online from anywhere in the world, with episodes available for catch up on www.6play.fr.