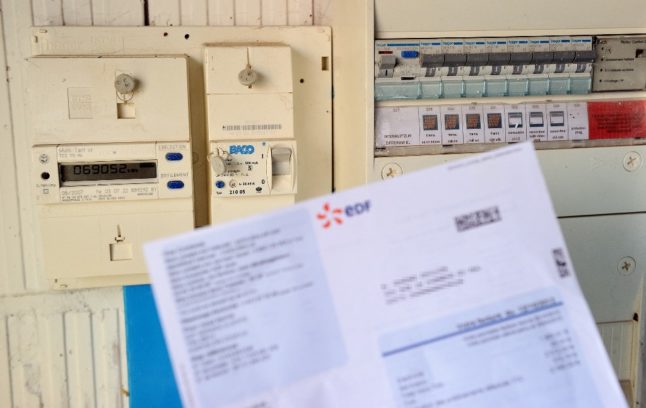 French households are currently the best-protected in Europe from soaring energy prices, as gas prices are frozen at 2021 levels while electricity bills are capped at a four percent rise.

However the current freeze – known in French as the bouclier tarifaire (tariff shield) – comes to an end at the end of this year.

Prime Minister Elisabeth Borne, speaking during a press conference on Wednesday, announced that from the beginning of 2023 both gas and electricity prices will rise – by a maximum of 15 percent.

“Very early on, we took strong measures to protect the French public. But everyone knows, and we have to say it transparently: These measures come at a cost to our public finances,” Borne said in justification of the less generous caps.

EXPLAINED Why are energy prices capped in France?

Gas providers will be able to increase their bills by a maximum of 15 percent from January, while electricity providers can raise theirs by 15 percent from February for households, shared housing and small businesses.

For the average user this will result in an extra €20-25 per month on their energy bills – as opposed to an extra €180-€200 per month without the price shield in place.

Borne also announced a chèque energie (a cash grant) for low-income households, which will be paid at the end of 2022 at a rate of between €100 and €200 depending on income level – this will apply to around 12 million households (around four in 10).

She told the press conference that the price of electricity on the open market was 10 times higher than in 2021, while has prices are five times higher. In total maintaining the price shield – even at the reduced rate – will cost the French state €16 billion.

“In 2022, France will spend 2.2 percent of its GDP to protect our compatriots and its businesses” added Finance minister Bruno Le Maire.

As well as spiralling prices, countries around Europe are also facing the possibility of energy rationing this winter, but Borne said that France has no risk of shortages under normal winter conditions – thanks to having 95 percent of its gas stocks filled and extra imports and methane gas storage.

She added, however, that there could still be a risk of shortages during a normal winter if France doesn’t succeed in its goal of cutting energy usage by 10 percent and if deals with other European countries to import energy fall through.

If it is an exceptionally harsh winter with very low temperatures, however, there remains the risk of energy rationing in France, although the risk was described as “low”.

“Only cutting energy usage and European solidarity will allow us to avoid blackouts in the worst scenarios,” she added.

The French government is currently working on a major plan to cut the country’s energy usage by 10 percent, compared to 2021, full details of which will be revealed at the beginning of October.

The plan will include measures that are compulsory for government offices and agreed through a voluntary code for businesses, but will be simply advisory for households.

However there will be, starting in mid-October, a publicity campaign entitled chaque geste count – every action counts – encouraging households to limit their usage.

An online tool named Ecowatt will also be launched, showing people in real time the energy usage situation in France using a traffic light system – green means consumption is normal, orange means the system is under strain and red means that blackouts are inevitable if current usage continues.