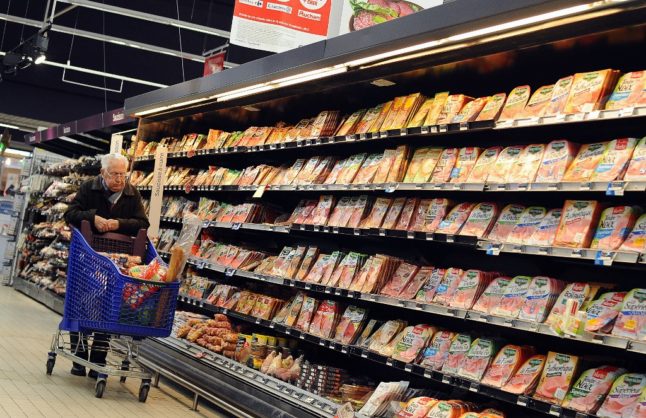 Eight years ago, The Local reported for the first time on a supermarket-by-supermarket comparison of consumer shopping prices.

Back then, French consumer watchdog UFC-Que Choisir found that Leclerc was the cheapest French supermarket. At the other end of the scale, Monoprix was the most expensive.

Their conclusions were based on a basket of 78 goods, which included Yoplait yoghurt and L’Oreal shampoo, as well as numerous other everyday items. A lot of things change in eight years – not least the price of products. But, according to UFC-Que Choisir, Leclerc is still the cheapest supermarket in France.

Their most recent price comparison was based on a basket of 98 products from national brands and distributors, including fresh non-dairy, dairy products, sweet groceries, savoury groceries, drinks, frozen foods, and hygiene products.

Secret shoppers compared prices at 1,006 stores across the country belonging to the chains Auchan, Carrefour, Casino, Cora, Colruyt, E.Leclerc, Intermarché and System-U (which owns the Super-U and Hyper-U brands).

There remain notable regional differences in prices, as there were eight years ago. Those who live in western France – particularly those in Brittany, Pays-de-la-Loire, and Nouvelle Aquitaine, the historic strongholds of Leclerc’s stores – generally enjoy the cheapest supermarket prices.

Those who live in the the greater Paris Île-de-France region or Provence-Alpes-Côte d’Azur (which contains the French Riviera) will find neighbourhood superstores are more expensive than elsewhere in the country.

Of the more-than 1,000 stores visited, the cheapest for the 98-product basket was a Leclerc store in Hauts-de-France, which came in at €328. The most expensive was a Casino in Hérault, where the same basket of goods cost €460.

Prices were also collected from the 4,885 drive-thru sites of the same chains. On the whole, prices were the same for products ordered online for collection – but Casino shoppers may be interested to know that the price for a basket of goods via its drive-thru operation came in some 9 percent cheaper than when bought in store – €371 compared to €408.

UFC Que-choisir collated their data in an interactive map to make it possible to compare supermarkets near you. Click here

The UFC Que choisir data does not include the German supermarket chains Lidl or Aldi, although they have a growing presence in France and are widely regarded as budget options when it comes to the weekly shop.

MONEY
Working in France: What you can expect to earn?
Url copied to clipboard!