RESIDENCY PERMITS
OQTF – What is the ‘notice to quit France’ and can you appeal against it? 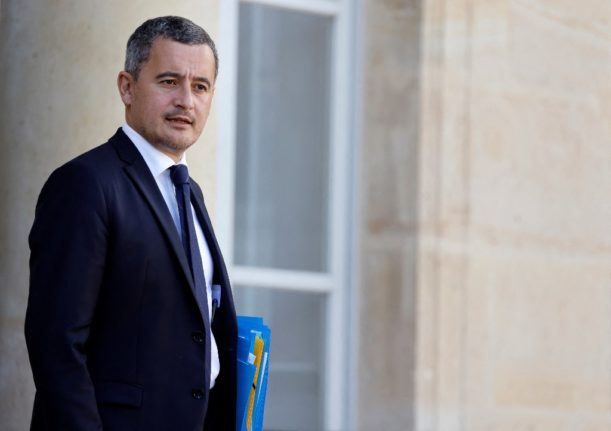 An Obligation de quitter le territoire français, usually known by the acronym OQTF is ‘an obligation to leave France’ that can be served on any foreigner who is in French territory (ie mainland France or any of its overseas territories).

This is not the same as expulsion – foreigners expelled from France must leave the country immediately, those served with an OQTF are given a deadline to leave – usually within 30 days of receiving the notice.

Expulsion is reserved for people who are living in France illegally and who represent some sort of threat to the French state – it’s usually used for terror suspects.

Who can get an OQTF?

Broadly, an OQTF is used in three scenarios; on the release of a foreign prisoner after serving a jail term in France, on a foreigner whose residency permit has been withdrawn (the most common reason for this is criminal activity), or a foreigner who does not have the correct residency papers.

This final category is the most common and encompasses people whose application to renew their visa or residency permit has been refused; people whose visa/residency permit has expired and who are therefore living in France illegally; or those who entered France in an irregular manner (eg arriving on a tourist visa and then working in France). It also includes asylum seekers whose claim has been refused and who have exhausted their appeals.

OQTFs hit the headlines recently after the murder of a 12-year-old girl in Paris, in which the main suspect was an Algerian woman living in France illegally who had been served a notice to quit.

In her case, according to the government spokesman, she had entered France on a student visa but when it expired she did not renew it. She had left France and when she attempted to re-enter the country at Orly airport, border officials noticed her irregular status and she was served with an OQTF – although she was allowed back into the country.

The case has been particularly controversial because she was served the 30-day notice to quit in August, but was still in France at the time of the murder in late September.

According to the Interior Minister, only around 10 percent of OQTFs are enforced – something he has vowed to change.

The notices can be served on any non-French person, but the categories of people who have had residence permits refused or withdrawn only apply to those who need them in the first place – and that is non-EU citizens.

How do you get it?

An OQTF is issued by your local préfecture (or the Préfecture de Police if you are in Paris) and is usually sent to you by post or email, or both.

It is a formal document outlining the reason that you are being served with the notice, and when you must leave France.

In most cases you have 30 days to leave the country, but some OQTFs give you just 48 hours to leave – this is usually reserved for people who represent some kind of threat to public order, but is also used for people whose residency papers have been refused or withdrawn because of a fraudulent application (ie submitting fake documents or lying on the application).

The 30 days is calculated from the day the decision is issued, but if the deadline falls on a weekend or a public holiday, you have until the next working day to leave France.

If you accept the decision, you can apply for financial aid to help cover the costs of your journey home, and you can also apply for an extension to the 30 days if there are exceptional circumstances that justify this.

Taking either of these options involves accepting the notice to quit.

If you do not accept the notice, then you have the right to appeal – the appeal must be lodged within one month of receiving the notice, with the administrative tribunal in your area – find your local tribunal here.

Circumstances in which you cannot be removed from France include:

According to the fact-checking organisation Les Surligneurs, 12 percent of OQTFs are cancelled on appeal, the majority on the grounds that the person has a settled family life in France, that they risk torture in their home country or that a return cannot be organised (for example, flights cannot currently be organised to Afghanistan).

You cannot be forced to leave while your appeal is ongoing.

Sans papiers – literally ‘without papers’, the informal way of referring to undocumented foreigners

Etranger en situation irrégulière – the more formal way of saying the same thing, a foreigner in an ‘irregular situation’ of not having the correct paperwork

Séjournez régulièrement – a regular stay, ie time that you were in France legally with the correct paperwork

EUROPEAN UNION
Visas to qualifications: How foreign residents in Europe can get help with paperwork problems