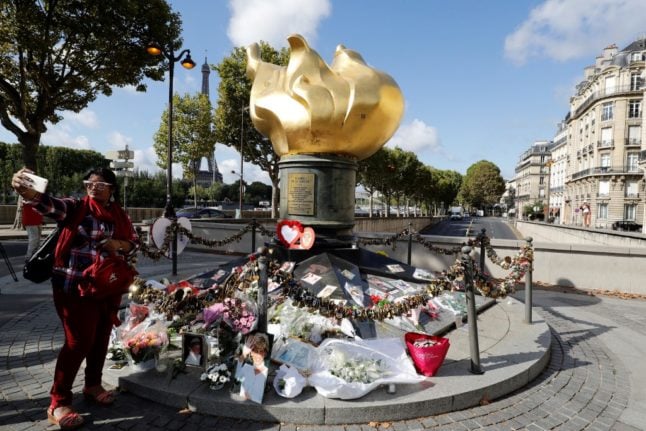 Floral tributes to Princess Diana and Dodi Al-Fayed near the Pont de l'Alma in Paris. Photo by Patrick KOVARIK / AFP

What do these two events have in common, other than the proximity of their dates?

They are both – still – the object of wild conspiracy theories.

In both cases, if you look at the undisputed facts, the possibilities are limited. The Diana accident could only have been an accident. The Al-Hilli murders were almost certainly a random act by someone local.

Neither of these explanations is satisfactory to a chunk of the popular media – in France as well as in Britain. Wild notions still thrive.

I reported both events at the time. I have studied them in some detail. The sequence of events makes any form of assassination impossible (in the case of Diana and Dodi’s death) or extremely unlikely (in the case of the Al-Hilli murders).

In both cases, the French investigators have been criticised in the UK media. Is there any truth to the criticisms? A little; not much.

What is certainly true is that both events illustrated the huge gulf between the ways that French and Anglo-Saxon investigators deal with the media.

In theory, every party of a French criminal investigation is secret once it is handed over to an examining magistrate or juge d’instruction. In the case of the Diana accident in 1997,  the investigating magistrate, Hervé Stéphan, took that principle seriously. In the first couple of weeks, very little information, beyond the basic facts, was given to the world media assembled in Paris.

Together with a BBC colleague, Hugh Schofield, I  wrote to Judge Stéphan at the time. We said we understood the French system but unless he allowed the official findings to be released, a thousand conspiracy theories would breed.

He wrote back to say, in effect: “You are absolutely right but my hands are tied. Rules are rules.”

By the time of the Al-Hilli murders 15 years later, it seemed to me that that the French judicial authorities had learned their lessons from the information débacle in the Diana case. The Annecy chief prosecutor, Eric Maillaud, gave regular press conferences. Some of the leading gendarmerie investigators took part.

Even so, the information was limited and strangely filtered. It took a big leak to Le Monde in November (two months after the event) to establish the basic time-line of what happened in a forest lay-by near the village of Chevaline on September 5th, 2012.

Once again, the absence of fundamental information allowed wild theories to take hold.

Take the accident in Paris first. There are some areas of uncertainty. A white Fiat which struck Diana and Dodi’s limousine has never been traced. But the undisputed facts make it impossible for anyone to have organised an assassination attempt and disguised it as an accident.

The route taken by Diana and Dodi that night was random. They were trying to shake off the paparazzi on motorbikes who were pursuing them from the Ritz Hotel. Rather than go straight back to Dodi’s flat just off the Champs Elysées, they took a large detour along the fast quais beside the river Seine.

Their driver was the worse for both drink and drugs. He was actually heading away from Dodi’s flat when he crashed into a pillar in the tunnel below the Place de L’Alma.

How could anyone – M16, CIA or the Royal Family – have known that their limo would have been in that place at that time?

All sorts of intriguing or suspicious-sounding information has been unearthed by the media about the three victims: Saad Al-Hilli, 50, his wife Iqbal, 47, and her mother Suhaila Al-Alaf, 74. Similar theories have been advanced to suggest that the real target of the murders was Sylvain Mollier, 46, the local cyclist found dead beside the British-Iraqi family’s car.

Both the Al-Hillis and Mollier took random decisions that day to drive or cycle to the end of a winding, bumpy 3 kilometre road into the forests and mountains above Lake Annecy.

Witnesses saw no sign that they were followed. It is difficult to imagine how a murderer – contract killer in the case of the Al-Hillis; someone with a personal grudge in the case of Mollier – could have been lying in wait for them at that isolated place at 3.30pm that afternoon.

The forensic evidence found at the scene suggests that killer was there when they arrived. It also identifies the gun used as a 70 years old (at least) 7.65 mm P06 Luger, issued to the Swiss army and police until the end of the 1930s. That is scarcely the weapon of choice for a contract killer.

After dutifully following all possible leads about Saad Al-Hilli’s business activities as a microsatellite  engineer and his quarrel with his brother about their father’s will, French investigators long ago reached a working conclusion. The murders were a random act by a deranged local man, who has since died or is still lying low.

Conclusion: the French policy of “secrecy of the investigation” encourages wild interpretations, and pure invention, to prosper. Twenty five and ten years later, the collective, popular memory – especially of the Princess Diana road accident – retains the wild theories. It is often hazy on the facts. 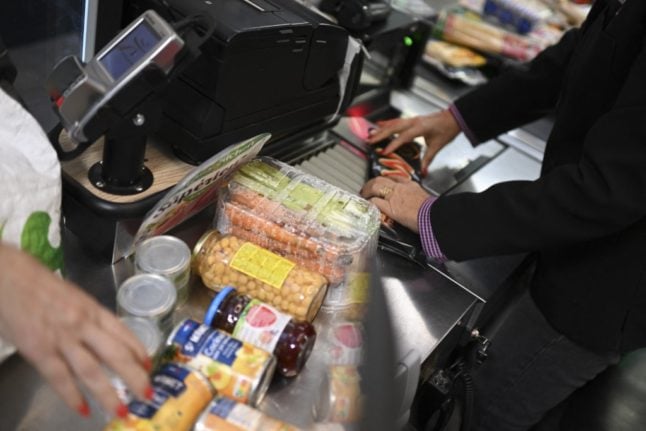 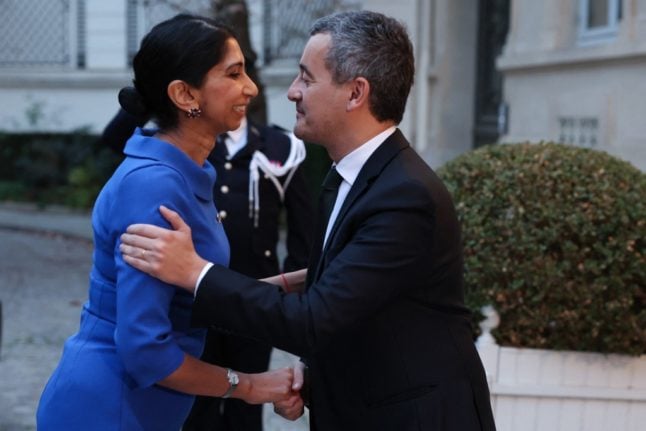 JOHN LICHFIELD
OPINION: France and the UK need to get real if they really want stop Channel migrant crossings

There are lies, damned lies and official inflation figures. According to the official index, the cost of living in France has risen by 6.2 percent in the last year. If you limit that to food prices alone, the figure rises to 10 percent.

No more? It depends how you count and what you count.

A typical “supermarket basket” of 38 of the most used household items – fish-fingers, shampoo, crisps – cost 16.5 percent more at the end of September than 12 months earlier (according to a survey by Le Monde) .

Cooking oil, according to a government survey, is 60 percent higher than it was a year ago; frozen fruit is up by 40.6 percent, margarine 23.5 percent and flour by 23.5 percent. Terrible news if your favourite “French” dessert is “un crumble”.

The official inflation figure of 6.2 percent (the highest since 1985) may be misleading but it is not wrong. It is held down by rents, domestic energy prices and clothes, which have not risen as much as food.

The French government has spent €150 billion – 5 percent of GDP – in the last year to keep down the cost of electricity, gas, petrol and diesel. This mostly explains why inflation in France is so much lower than other countries. Prices are rising at 11.1 percent in the UK, 10.9 percent in Germany, 12 percent in Belgium and at an 8.5 percent average across the European Union.

READ ALSO How France is keeping its inflation (relatively) low

However, France faces a double shock or delayed reckoning in the New Year – what one senior government official describes as a “waterfall” and what Michel-Edouard Leclerc, head of the E. Leclerc supermarket chain, calls a “tsunami”.

The state subsidies on petrol, gas and electricity cannot be afforded indefinitely and are being wound down. Petrol and diesel rebates have already been reduced and will vanish from January 1st. Instead there will be targeted subsidies for poorer families and those dependant on cars for work.

The big price-totems outside filling stations and in supermarket car-parks – a better guide to the gloomy provincial mood than opinion polls – are already showing petrol and diesel at over €2 a litre.

The government’s 2022 freeze on gas prices and the 4 percent cap on electricity bills for households and small businesses will also disappear at the end of next month.

From January, energy price rises will be limited to 15 percent – still much lower than in other countries.  Unfortunately for the government, French people do not compare their power bills with those of “other countries”.

Food price inflation began with the post-Covid boom and was worsened by hot, dry summers and the Ukraine war. It has been lower in France than in other places. A government report this month found that – far from price gouging – the French farming, food and retail industries have been cutting profit margins to prevent consumer prices from rising even higher.

Unfortunately for the government, French shoppers do not (except a very few) look at supermarket prices elsewhere. Faced with a €120 shopping bill that once cost less than less €100, they tend not to say: “Thank God, we are not British or Belgian or German”.

This is what the senior official means when he warns that the country is paddling towards a “January waterfall”. The government had hoped that market prices for petrol and diesel would have fallen by now – compensating for the loss or reduction of state subsidies. They have not.

Electricity and gas bills will shoot up by 15 percent in the New Year – just as France faces the prospect of selective power cuts. Repairs to its ailing fleet of nuclear power plants remain behind schedule.

EXPLAINED What your French energy bills will look like in 2023

Leclerc also warned on Monday that a “tsunami” of new food price rises lies ahead. Inflation was being “normalised”, he said – in other words producers were unwilling to cut their margins indefinitely. A spiral of higher costs and higher prices was being built into the system.

“Felt” or everyday inflation is mostly food inflation. The poorer the family or the individual, the bigger the share of income spent on food. The government has also tried to soften the impact of high prices on the poor. Apart from the energy subsidies, it sent a €100 “cheque” to all households on low or modest incomes this Autumn.

Unfortunately for the government, memories are short and supermarket prices are high – €100 does not go very far when the price of flour and fish-fingers is rocketing.

When power bills explode and food price spike this winter who will thank the government for sparing France the worst of inflation in 2022?

An opinion poll this week found that 89 percent of French people were miserable about their immediate future. France, unlike other countries, does not do passive gloom for long.

Troubled waters, whether a  “waterfall” or a “tsunami”, lie ahead. 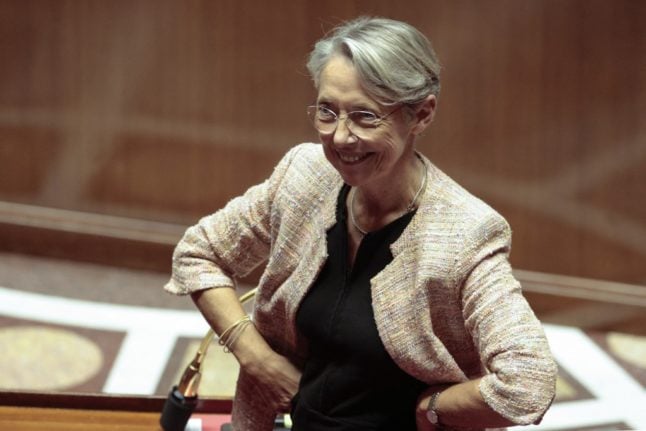 JOHN LICHFIELD
OPINION: France’s PM and her opponents are playing a dangerous game with parliament
Url copied to clipboard!