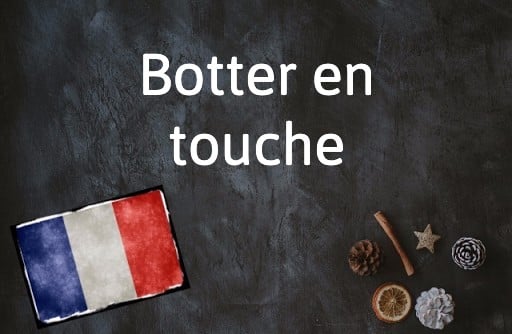 Why do I need to know botter en touche?

Botter en touche – pronounced boat-ay ahn toosh – translates to ‘kick into touch’ and is a term that rugby fans will be familiar with, but in non-athletic conversations, it means to ‘avoid or evade the question.’

In rugby botter en touche means to kick the ball into ‘touch’ or the sidelines of the pitch, which will cause play to be restarted. It’s typically used to either try and get out of a difficult situation or to gain ground.

The verb botter, from the same root as les bottes (boots) means to kick or ‘boot the ball’.

However in English, ‘to kick into touch,’ in a non-sporting sense means to put something off or to cause an idea or project to be halted or abandoned.

In French, it is most commonly used to describe someone who is seeking to avoid a difficult or embarrassing question. In English, you might say this person is ‘beating around the bush’ or ‘dodging the question.’

S’il vous plaît, ne bottez pas en touche. Je voudrais que vous soyez honnête avec moi et que vous me donniez une réponse complète. – Please don’t dodge the question. I would like for you to be honest with me and give me a thorough answer. 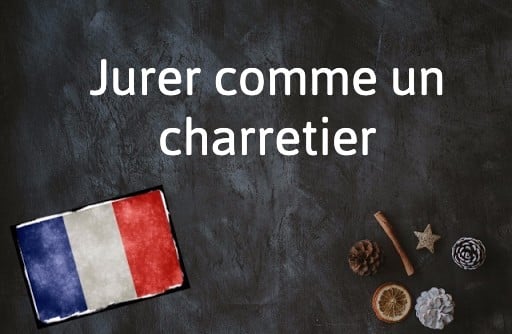 Why do I need to know blasé ?

Because you you can use this word in both English and French, although its strength is slightly different.

Blasé – roughly pronounced blah-zay –  is a word that English speakers might be familiar with already, as it has entered our vocabulary.

In French, the official definition of blasé is a bit more harsh than what English-speakers might be used to. It is defined by La Rousse dictionary as “a person who thinks he has exhausted the human experience and is disgusted with everything.”

In contrast, English dictionaries define blasé simply as ‘bored’ and ‘jaded’ and it’s common to use is quite casually such as “I do so many work presentations that I’m a bit blasé about them now”.

Overall, blasé denotes a level of apathy in both languages but in French it’s less flippant – oftentimes describing a person who is not easily impressed or someone who is disengaged with the world. Keep in mind that when you use this word in French, you will have to gender it based on who you are referring to – so if the word is describing a woman, then it would be blasée.

A common French expression you might hear using this word would be “blasé de la vie” – which means to be in a general state of apathy, or to be simply disengaged from daily life.

The word comes from the French past participle of the verb blaser – which means ‘to satiate.’ However, English-speakers might be surprised that blasé’s true origins are likely more Dutch than French.

J’ai fait une blague mais il est tellement blasé ces jours-ci qu’il n’a pas rigolé. – I made a joke but he has been so apathetic lately that he didn’t laugh.

Elle n’a pas souri ni ri pendant l’entretien, alors qu’il s’agissait de l’emploi de ses rêves. Je ne sais pas pourquoi elle était si blasée. – She did not smile or laugh during the interview, even though it was for her dream job. I don’t know why she was so disengaged about it. 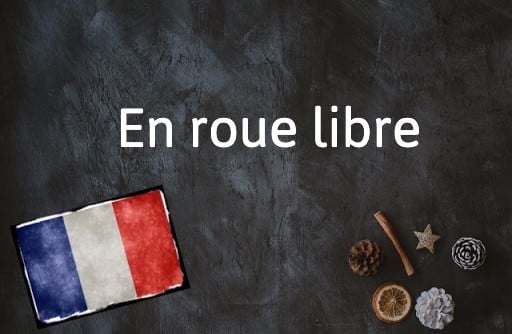 FRENCH WORD OF THE DAY
French Expression of the Day: En roue libre 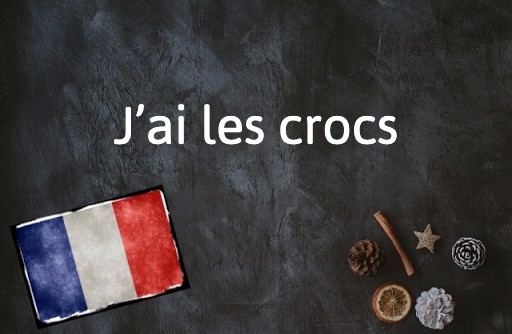