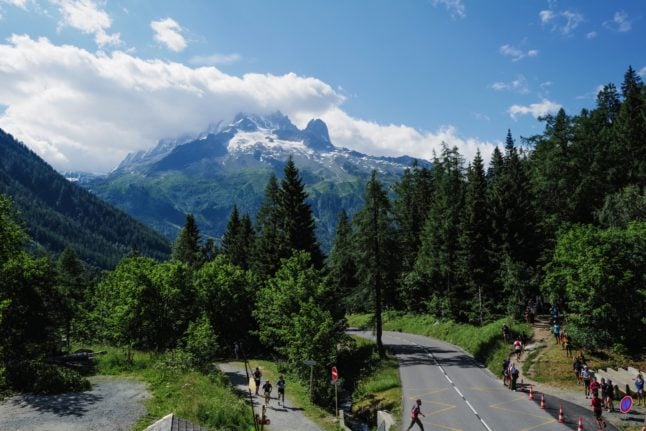 The heatwaves and drought-like conditions that have recently scorched much of the continent have exposed giant cracks and triggered rockfall, making the ascent to the summit more difficult and dangerous.

None of the seven paths leading to the top of the mountain, which dominates the Alps at 4,807 metres tall, is officially closed.

But conditions have deteriorated so much that only the most experienced climbers are able to reach it in late July, according to experts.

A lack of snow during winter has left glaciers at high altitude exposed and riddled with cracks, with large sections acquiring a grey or yellow tinge caused by the accumulation of sand particles from the Sahara.

Heat has done the rest of the damage, melting the fragile blankets of snow that made crossing crevasses feasible and sending gigantic boulders crashing down slopes.

In the southern French resort town of Chamonix, which lies by the foothills of Mont Blanc, the tourist season is in full swing.

Visitors travel in their thousands every day to reach the summit, the Aiguille du Midi, thanks to a cable car.

But relatively few head to a small cave carved into the ice that acts as a changing room and starting point for mountaineers preparing for their high-altitude trek to Mont Blanc or across the Vallee Blanche glacier.

Among the intrepid explorers were Evan Warden and his 14-year-old son David, who came from Scotland to tackle the glacier below the Aiguille du Midi — only to find the conditions “awful”.

“Everywhere we walked there was just constant rockfall and the crevasses constantly open up,” said David, who was visiting the Alps for the first time.

The pair scrapped plans to climb Mont Blanc via the “Trois Monts” route because the trip became too risky, explained Evan, who hopes to return next year.

“I’ve not seen this much rockfall here in a long time, that’s global warming definitely,” he said.

Norwegian couple Monica and Marten Antheun had waited three years to climb the mythical mountain. But the guided walk they reserved was cancelled owing to the unsafe conditions.

“The guides know the area and they know the conditions. That’s fine for us — we can do it later,” said a philosophical Monica.

Guide companies in Chamonix and nearby Saint-Gervais suspended climbs up Mont Blanc via the popular “Gouter” pass in mid-July due to potentially lethal rockfall crashing down what is known as “the pass of death”.

The sweltering temperatures of recent weeks have destabilised the mountain, according to Noe Verite, a warden at a shelter on the “Trois Monts” path.

He said the mercury at his post — perched at the dizzying height of 3,613 metres — recently reached six degrees Celsius in the middle of the night.

That prevented any ice from freezing over again and forced climbers using that route to turn back, he told AFP.

July is usually peak tourist season for Verite, but cancellations have piled up amid worsening weather conditions.

Rocks “as large as fridges” have battered the usual route to the peak, and only a hardcore group of climbing enthusiasts dare to take other paths such as “l’Innominata” due to their difficulty, he said.

Olivier Grebert, president of the Chamonix Guides Company, said only around a dozen people, mainly specialists, are making it to Mont Blanc’s summit, whereas up to 120 do so in normal times.

Cancelled bookings are postponed, refunded or reworked to other paths and the company has used the disruption to educate those who unwisely see climbing the mountain as an entertaining way of celebrating their 40th birthday.

“This ascent should be part of a climber’s career. Mont Blanc sometimes has a reputation of being an easy climb, but that’s not the case, especially this year,” said Grebert.

He has also been accused of starting another blaze earlier in the day, but has denied any responsibility, claiming he was drunk.

The man, who used to volunteer as a firefighter in another part of France, was remanded in custody on Thursday and could face up to 10 years in jail when he goes on trial next month, the prosecutor said.

He is the second firefighter to be charged with arson in the Herault region.

Late last month, French authorities detained a forester in his 30s, whose job included preventing fires, after he admitted to starting blazes on three separate occasions for the adrenaline rush. He faces up to 15 years in prison
and a 150,000-euro ($153,000) fine.

Prosecutors last month said two fires in the normally blustery and shower-prone Brittany had also been sparked by arson.

Scientists say climate change is making heatwaves around the world more frequent and more intense, which increases the risk of fires.

CLIMATE CRISIS
What are the limits on air conditioning in France? 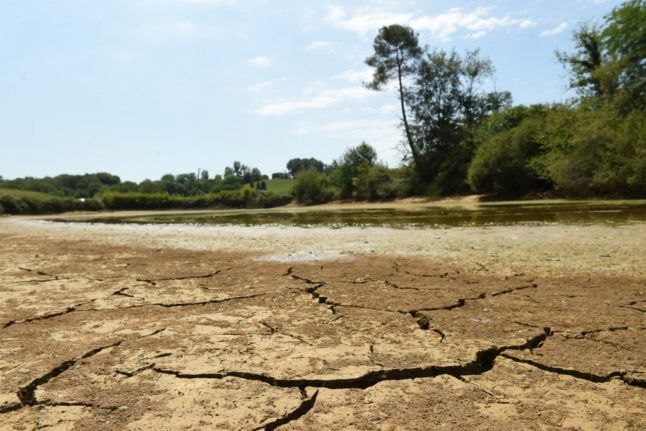