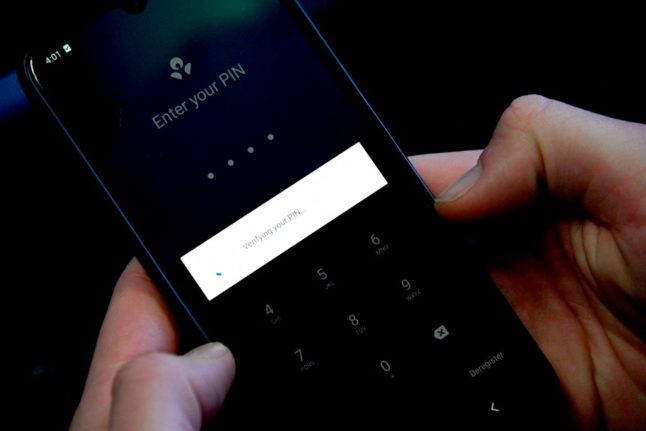 Having a UK bank account is vital for many Brits in France, but is becoming increasingly complicated. Photo by Saeed KHAN / AFP

The great majority of Brits who live in France have a French bank account – but many also have accounts in the UK to receive income in the form of pensions, property rentals or work done in the UK, or to hold savings or pay bills in the UK.

Many UK pension providers will only pay into a UK account, while direct debits including mortgage payments can often only be taken from a UK account.

Having a UK account is therefore vital to many, so we asked Ryan Frost, private client adviser at Harrison Brook France, for some advice.

Most Brits who move to France will have an account with a UK high street bank, and in many cases have had the same account for decades. But increasingly British high street banks are telling their customers living in the EU that they will no longer serve them.

The latest bank to do this is Barclays, which has announced that it will close all current and savings accounts of its customers who live in an EU or EEA country.

Most other high street banks will not allow you to open a new account without being resident in the UK.

For those who already have an account with a bank other than Barclays, the picture is mixed.

Some banks have already asked customers to close their accounts while others say they have no such plans at present – but account closures is a pattern that has been seen across the EU since Brexit, when British banks began to need separate banking licences for each EU country they operate in.

Ryan said: “Many people have had accounts with, for example, Barclays for 50 or 60 years so are very loyal to their account and used to it, and it’s a surprise to be suddenly told your account is being shut down.

“But since Brexit banks need extra licences to operate in EU countries and many of them are just deciding that it’s not worth it.”

So what are the alternatives?

Many UK high street banks offer ‘expat accounts’ or ‘international accounts’ aimed at UK nationals who live outside the UK.

The major drawback is the cost; many accounts have a minimum deposit level – £20,000 – £40,000 is common – or stipulate a minimum annual income, so they may not be suitable for pensioners, people on a low income or people who just want to use their account for a few basic functions while keeping most of their income/assets in their French account.

Ryan said: “These are often operated by the bank’s international arm eg HSBC International which is based in Jersey, and they’re really aimed at high-value, working, transient expat types, so they’re not really designed for UK pensioners who are living in France, for instance.

“They will give you a UK account number that you can use for pensions, direct debits etc but they often charge high fees.”

The advantage of these is that you can sign up with a French address and then carry out transactions in the UK or France using Pounds sterling or Euro.

Many people use internet bank accounts when they first move to France before they set up French accounts, but they’re also increasingly being used to carry out UK transactions as they can offer a UK account number and Sort code – vital for certain types of transactions.

The disadvantage for some people is their lack of a physical presence so in case of a question or a problem contact can only be made by phone or – more usually – via email or chatbot. Most internet banks also do not issue chequebooks or accept queues, which can be a problem for some customers.

Ryan said: “Digital banks are generally where we advise our clients to look, for example Wise (formerly the money-transfer service Transferwise, now set up as a bank), Revolut or Starling.

“These are new challengers on the banking scene and the advantage for Brits living in France is that you can set up both a Pounds sterling and a Euro account and you will get both a GB sort code/IBAN – which will allow you to set up direct debits or receive a UK pension – and an EU account number and IBAN, usually through Belgium.

“It means you can use the account for business in the UK, but also transfer money quickly and easily to/from France. In fact for UK pensioners this might give them a better deal on exchange rates than receiving a pension into a UK account in pounds and then spending in Euros in France.”

Ryan said: “The thing you need to look for is whether the bank has a UK banking licence. Some of them only have an e-money licence – you can still use these accounts but having the UK banking licence means you have the same level of security and fraud prevention as any UK high street bank.”

Most Brits living in France already have a French account for daily life, but can you use this for all your financial affairs?

It depends on your situation, but some UK-based transactions require a UK account.

For example many UK pension providers will only pay into a UK account and if you have property in the UK you will probably need to set up direct debits for mortgage payments, utilities, council tax etc and most of these can only be done with a UK account.

Many UK residents in France get around the problem by using a ‘care of’ address in the UK in order to retain their British bank account – usually either the address of a property that they own or the home of a relative.

Whether this is allowed or not is a bit of a grey area.

Ryan said: “This is a bit complicated because there’s a big difference between having UK residency and using a UK address such as the address of property you own or a family member’s address.

“If you try to open a new account with a high street they will ask you whether you are a resident in the UK.

“For people with existing accounts it’s technically OK to use a UK address as a contact address, but as banks share more and more information sooner or later they will probably ask you whether you are a UK tax resident, at which point you will have to tell them that you are resident in France.”

Ryan Frost is a private client adviser at Harrison Brook France, which specialises in offering financial and pensions advice to expats in France.