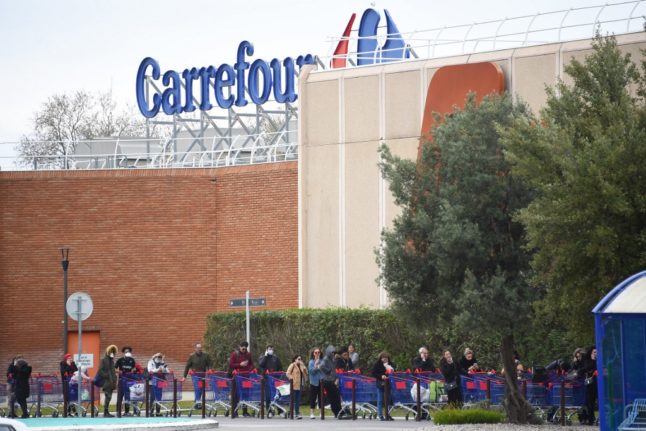 People queue at the entrance to a supermarket in Montpellier, southern France, in 2020 (Photo by Sylvain THOMAS / AFP)

The heads of large supermarket chains in France have agreed to a common plan to reduce their energy consumption, in the face of possible electricity and gas shortages due to the ongoing war in Ukraine.

In a statement made on Monday by Perifem, the federation representing large supermarket chains in France, the grocery stores announced they will employ energy saving techniques, such as turning off electric signs at closing times, reducing light usage, and managing store temperatures, starting on October 15th.

The goal is to reduce greenhouse gas emissions and to do their part in President Emmanuel Macron’s ‘energy sobriety plan,’ that he announced in a speech on July 14th. The supermarkets will decrease their energy consumption to prevent shortages this winter as a result of the war in Ukraine. The measures will also help the chains cut some of their own costs.

READ MORE: Energy sobriety: What does Macron’s plan to cut energy use mean for France?

The president of the federation, Thierry Cotillard, said that “the time has come for energy sobriety” and that “this will profoundly change our consumption habits.”

Specifically, the stores will turn off illuminated signs “as soon as the store closes” – this represents a slight change, as French law already requires stores to turn off signs at night, one hour after closing.

Stores will also reducing their lighting usage by half prior to the arrival of the public at opening time in the mornings, and by 30 percent during “critical consumption periods”

Additionally, they will “cut off air renewal at night” and “shift the production of ice,” agreeing also to “lower the temperature in sales outlets to 17 degrees this autumn and winter, if requested by a regulatory authority,” according to RFI.

In response to the agreement, France’s environment minister has welcomed the plan, “saluting their first commitments to energy sobriety.”

The federation also stated that it hopes this collective decision will help serve as a basis for other goods and trade federations, plans for which will be presented on July 26th.

Prior to the supermarkets’ announcement, there was a pre-existing plan for stores to gradually lessen their energy consumption by 2030 as part of the Loi Elan.

Most notably, however, it will be part of Macron’s energy sobriety plan which hopes to reduce French gas and electricity usage by 10 percent in the next two years, and ultimately by 40 percent by 2050. So far, the government, in the form of an announcement from environment minister Agnes Runacher, has proposed keeping heating to a maximum of 19C during the winter, and air conditioning to a minimum of 26C in the summer.

Further specific information about the plan is expected in the coming days. 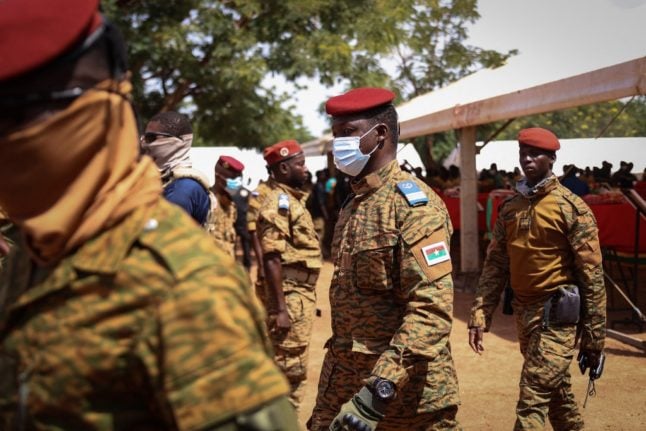