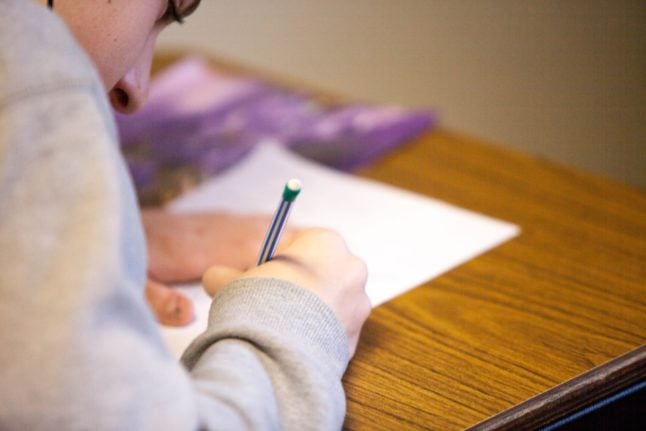 Photo by Ben Mullins on Unsplash

France’s Interior Minister Gérald Darmanin has given an interview to Le Monde about a new Immigration bill which the government intends to bring before parliament, saying that he wants to: “make multi-annual residence permits (titre de séjour pluriannel) conditional on passing a French exam”.

“This will change many things, he added. “Today, a quarter of foreigners who have residence permits understand and speak French extremely badly.”

The immigration bill contains several other proposals, including tightening up the expulsion procedures for foreigners refused permission to stay.

This is actually a revival of an idea that Darmanin proposed, again through the medium of a newspaper interview, in July 2020, when he said he wanted to make “mastery of the French language” compulsory in order to get certain types of carte de séjour residency permit.

In that instance the bill he was proposing was cancelled by president Emmanuel Macron in favour of a ‘conversation’ about immigration, but now it seems that a new immigration bill will be presented to parliament at the beginning of 2023.

The Local has requested clarification from the Interior Ministry on the language exam, but here’s what we know so far.

This affects non-EU citizens. Those who have the passport of an EU country, including dual nationals, are not covered by the announcement.

Darmanin said that the test would be required for the carte de séjour plurianuelle, this is the permit for long-term residents, typically given after spending time in France on either a long-stay visa or a short-term or temporary carte de séjour.

There are certain groups, including temporary workers and au pairs, who are not eligible for the plurianuelle card, it is a multi-year card intended for people who are staying in France in the long term. You cannot go directly onto the general plurianelle without having first had another type of permit, so this doesn’t affect new arrivals in France.

It also does not affect visa applications, and does not change the requirements for French citizenship, which already has a language test as part of the application process.

From what Darmanin has said, it appears that this would not affect new arrivals, people applying for the temporary 1-year or 5-year cards, or those who already have a 10-year or permanent card.

This is of course the million-euro question – how hard is the test likely to be?

Unfortunately, it is one we cannot answer at this stage, although we have requested clarification on this important point.

At present there is no formal language requirement for residency cards, although the OFII (Office français de l’immigration et de l’intégration) can order people to attend language classes if their French is very basic. There is no requirement to pass an exam, however.

If you want French citizenship you will have to prove your language capabilities.

The level required for citizenship is B1 on the DELF scale, defined as “able to handle day-to-day matters that arise in school, work or leisure”.

A B1 candidate “should be able to get by while travelling in an area where only French is spoken, and should be able to describe events and justify things like opinions, plans, or even ambitions”.

You are not required to be able to speak perfect, error-free French, only to be able to make yourself understood and understand any replies you are given.

You can test yourself on the below quiz.

TEST Is your French good enough for citizenship and residency?

It seems unlikely that the language requirement for residency would be higher than that needed to become a French citizen.

The EU countries that do have a language requirement for residency purposes generally ask for either A1 or A2 on the DELF scale – roughly equivalent having taken a language course to high school or secondary school level.

The other thing that we don’t know is what type of qualifications would be accepted and whether you would have to take a specific exam.

When it comes to citizenship, you need to have passed writing, reading, listening and oral sections of the exam, and the certificates you present cannot be more than two years old.

There are exemptions for anyone who has a degree or equivalent from a French university, but an exemption previously in place for over 60s was scrapped in 2020.

Looking around other EU countries, those who require a language test generally accept certificates from a variety of courses, so you don’t need to do a test specifically for the residency permit. In Norway, those who struggle with exams have the option or either taking the test or doing 250 hours of Norwegian classes at the state provider.

This is only a proposal at this stage, so if you are applying for residency now then it does not concern you.

Darmanin says he intends to put forward the bill before parliament “at the beginning of 2023” at which point we should know more about what is being proposed.

However, any bill would need to be debated extensively in parliament, since it is likely to include a wide range of measures on immigration, not just language tests.

The Macron government has also lost its outright majority in parliament, which will make getting any bill passed more difficult, and may mean that it is relying on votes from the centre-right Les Républicains and far-right Rassemblement National in order to get the bill passed, possibly with amendments.

Then, even if the bill is passed, it will also need to come before the Senate for debate before it can become law. Generally the process of bills becoming law and being brought into effect takes many months, or years.

READ ALSO How to find affordable language classes in France