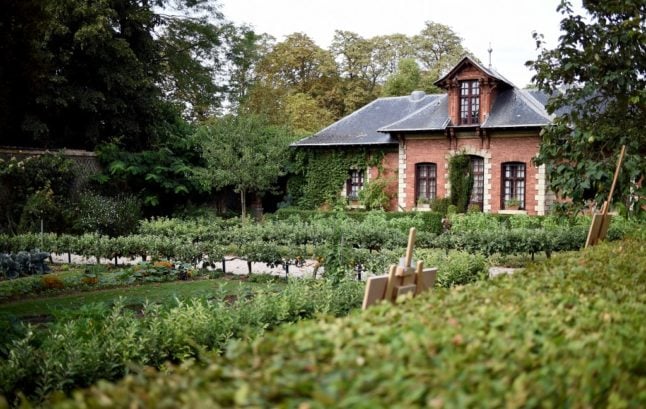 This refers to UK nationals who are not full-time residents in France but do spend a significant amount of time here – usually second-home owners.

After Brexit, Brits who lived in France were required to get a special post-Brexit carte de séjour – known as a WARP (Withdrawal Agreement Residency Permit) or in French an Article 50 TUE – and a special website was set up to allow them to apply for the card.

The French authorities deliberately tried to make the application process as simple as possible to ease the administrative burden for their own authorities and the stress for the British population in France, many of whom had been living here for years or even decades before Brexit.

But because of the simplified process, a small number of British second-home owners also managed to get the cards – some believing they had found a loophole to post-Brexit rules such as the 90-day rule, but others who had simply made a genuine mistake or had received bad advice.

But why is this a problem?

Having a WARP card when you don’t actually live in France is likely to throw up a number of problems.

The basic issue is that the WARP is for residents, so by applying for it you have told French authorities that you live in France. If, however, you are a second-home owner then your main residence is actually in the UK, not France.

It should be noted here that residency for immigration purposes and being a ‘tax resident’ of a country are two different things.

Residency in France takes away problems such as having to limit visits to 90 days, but it also comes with responsibilities, including to the French tax authorities.

This is a new situation, so it’s not possible to predict exactly what will happen next, but it seems likely that the first problem with be with French tax authorities.

All residents in France – even if they have no French income – are required to make an annual tax declaration, and by obtaining a WARP card you have told French authorities that you are a resident.

EXPLAINED Who has to make the annual tax declaration in France?

The deadlines to file this year’s declaration have passed in all areas of France, and authorities have begun to issue late declaration notices to those who had not filed as required.

Completing the declaration late can lead to fines, and if you don’t complete it at all the charges can be pretty hefty.

Late fees, fines and charges: What are the penalties for failing to file a French tax declaration?

Is it only a problem with taxes?

Having a conflicting residency status could ultimately lead to other problems, particularly if you attempt to access services such as emergency healthcare on the basis that you are a visitor, when you are in the French system as a resident.

If you don’t live in France you’re unlikely to be interacting with systems like social security or education, but if you own property you will probably need to be in contact with the mairie on occasion.

Having a UK registered car could also cause you problems, as people who are resident in France are required to change the registration of their car to a French one. There have been reports of fines being issued at the border to people who presented a carte de séjour but were driving a UK-registered car.

So what should I do?

If you are reading this article with a mounting sense of dread and realising that it applies to you or someone you know, there are some steps you can take.

Firstly, try not to panic – throughout the confusing and stressful Brexit period the attitude of the French authorities towards Brits was mostly quite sympathetic, and we’ve seen no evidence of an official desire to persecute Brits.

Having said that, the longer you leave this situation the harder it is going to be to explain why you didn’t take steps sooner to regularise your status.

The best course of action will be simply to ‘fess up to having made a mistake.

The first port of call should be your local préfecture – check on their website to find details for how to make an appointment as many préfectures cannot deal with walk-in queries.

Explain that you made a mistake and you wish to hand back the WARP card – take with you as much documentation as you can pertaining to your situation in France, and if your French is at beginner level consider taking along a friend or neighbour who is a fluent French-speaker to help you explain your situation.

If you have received a letter from the tax authorities, go along to your local tax office, explain the situation and ask what you should do next. You are likely to be liable for late fees.

If you receive any kind of official summons relating to your immigration status, it would be a good idea to seek legal advice from a lawyer specialising in immigration.

You will then need to take steps to regularise your status.

If you decide that you want to make France your full-time home it’s likely that you will need to start from scratch on the visa process – but you should seek advice from an immigration lawyer on this.

If you want to keep your full-time residence in the UK, be aware that visits to France will now be curtailed by the 90-day rule. If you wish to spend more than 90 days in every 180 in France, you will need a visitor visa. 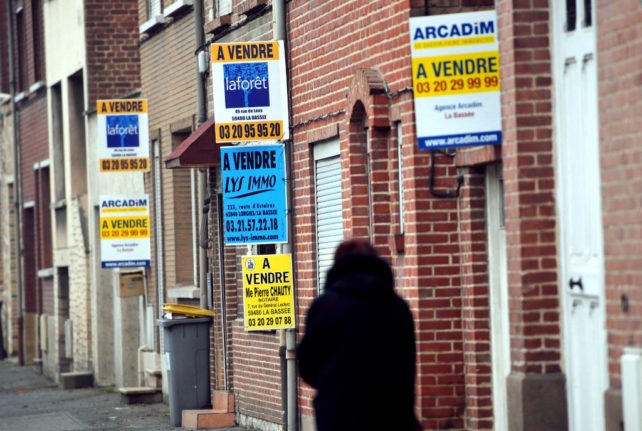 The research also shows that problems exist and “travel is where most issues relating to the new status currently occur”. For instance, border officials are still stamping passports of UK citizens with residence rights under the EU UK withdrawal agreement, even though they shouldn’t.

“There is constant confusion around passport stamping. I was ‘stamped in’ to France on a short trip… but could not find anyway to be ‘stamped out’ again. I think I can only spend 90 days in other EU countries, but have no idea how anyone can check or enforce that – until someone decides to try. It’s a mess,” was one of the answers left in an open question.

“Every time I go through a Schengen border control, I need to provide both my passport and Aufenthaltstitel card [resident permit in Germany] and watch to check that they don’t stamp my passport. As I am currently travelling a lot that’s been 20-odd times this year…” another respondent said.

The survey was carried out by Professor Tanja Bueltmann, historian of migration and diaspora at the University of Strathclyde in Glasgow, between October and November 2022. About 1,139 UK citizens replied.

Of these, 80 per cent found acquiring their new status easy or very easy, 60.7 per cent feel their rights are secure, while 39.3 per cent have concerns about their status going forward.

More than three quarters (76.6 per cent) of respondents said they plan to live permanently in the EU or the other countries of the European Economic Area and Switzerland. In fact, 65.7 per cent said that Brexit has increased the likelihood of this choice.

For some, the decision is linked to the difficulty to bring non-British family members to the UK under new, stricter immigration rules.

“My German wife and I decided we no longer wanted to live in UK post Brexit referendum. In particular, we were affected by the impact of immigration law […] We cannot now return to UK on retirement as I cannot sponsor her on my pension. We knew it was a one-way journey. Fortunately, I could revive an application for German citizenship,” was a testimony.

“My husband is a US citizen and getting him a visa for the UK was near impossible due to my low income as a freelance journalist. We realized under EU law, moving to an EU country was easier. We settled on Austria as we had both lived there before… we could speak some German, and we like the mountains,” said another respondent.

Professor Bueltmann noted that the loss of free movement rights in the EU could be a factor too in the decision of many to stay where they are.

Among those who decided to stay, 38.2 per cent are either applying or planning to apply for a citizenship and 28.6 per cent are thinking about it.

A key finding of the research, Bueltmann said, is that the vast majority of British citizens do not feel politically represented. Some 60 per cent of respondents said they feel unrepresented and another 30 per cent not well represented.

The survey highlights the Brexit impacts on people’s identity too. 82.6 per cent of respondents said they see themselves as European, a higher proportion than those identifying as British (68.9 per cent).

“Brexit has really left me unsure of what my identity is. I don’t feel British, and I certainly don’t identify with the mindset of a lot of British people who live there. Yet, I am not Danish either. So, I don’t really know anymore!” said one of the participants in the survey.

Professor Bueltmann said the survey “demonstrates that Brexit impacts continue to evolve: this didn’t just stop because the transition period was over or a deadline for an application had been reached. Consequently, Brexit continues to shape the lives and experiences of British citizens in the EU/EEA and Switzerland in substantial, sometimes life-altering, ways.”

Considering the results of the study, Professor Bueltmann recommends policy makers in the EU and the UK to address the issue of lack of representation, for instance creating a joint UK-EU citizens’ stakeholder forum.

The report also recommends the UK government to rebuild trust with British citizens in the EU introducing voting rights for life and changing immigration rules to allow British-European families to return more easily.

This article was prepared in cooperation with Europe Street News.