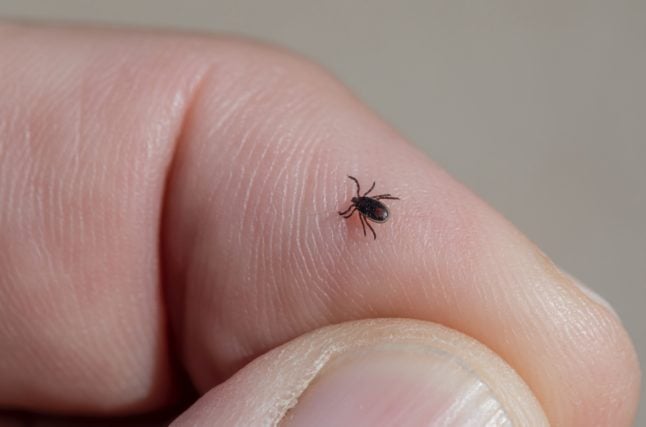 When and where do you find them?

Ticks can be found almost everywhere in France. A map on the l’Institut national de recherche pour l’agriculture, l’alimentation et l’environnement (INRAE) website indicates where ticks are most active in France. 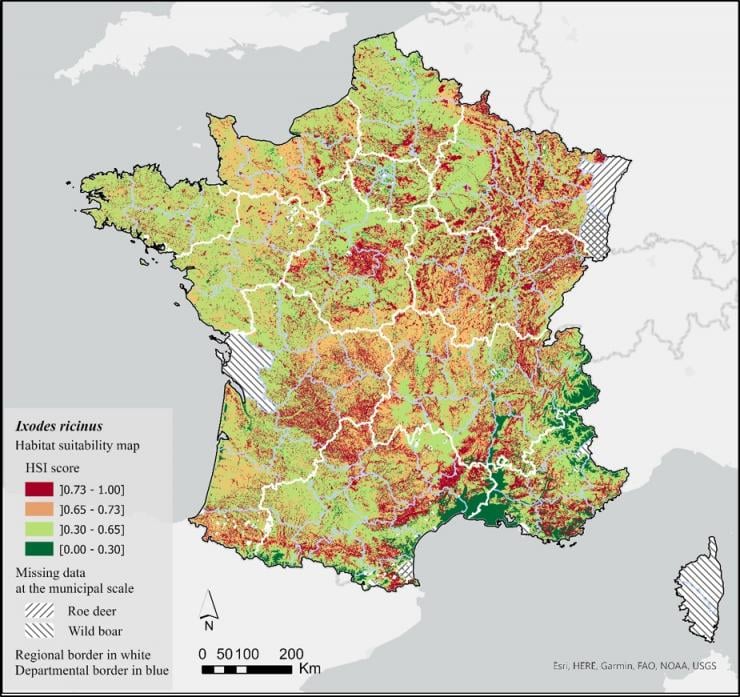 They can be found in forests, meadows, and long grass, meaning the biggest risk is when you’re out enjoying the glorious French countryside – especially when you’re hiking, camping or foraging.

Some 16 percent of people bitten reported the incident happened in their garden, Sante Publique France said.

Ticks are active when the temperature is higher than 5C, and are most common during the summer months.

What diseases can they cause?

The main disease transmitted by ticks in France is Lyme disease – a total 50,133 cases of Lyme disease were reported in mainland France in 2019, figures from government tick research and awareness programme CiTIQUE show.

And Sante Publique France said in February that the number of reported cases of Lyme disease was rising in France, but believes that this is down to increased awareness.

Around 15 percent of all ticks in France are carriers of the Borrelia bacteria that causes Lyme disease, and 14 percent carry other pathogens, including tick-borne encephalitis (TBE), that can be harmful to humans and animals. Cases of indigenous TBE, it should be noted, are very rare in France.

In France, the Auvergne Rhône-Alpes region is considered a particular hotspot for human tick-borne pathogen infections, with an estimated rate of 156 cases of Lyme disease per 100,000 people every year, according to a report published in 2020.

What are the symptoms

Lyme disease causes no symptoms in around half of those who catch it. For the remainder, it can cause skin redness, migraines, fever, dizziness, fatigue, and can attack the nervous system leading to balance problems.

But it can be difficult to diagnose because symptoms – which usually appear between two and six weeks after the bite – are similar to those of other conditions. A ‘target’-shaped rash around the bite site, however, may be an indication.

The much rarer TBE is a viral infectious disease involving the central nervous system that often manifests as meningitis, encephalitis or meningoencephalitis. It can lead to a form of paralysis in some cases, and, in the worst cases, symptoms may persist for a year or more.

How can I protect myself?

If you spend time in wooded areas with long grass, especially those known to have a high tick presence, wear long-sleeved clothing and tuck your trousers into your socks. Try to avoid brushing against long grasses where you can. Children should wear hats, especially if they are playing in long grass.

After returning home from a day out, check for ticks and shower shortly after coming inside. This can give you the chance to remove the animals before they bite, for example if you spot them on your clothes. Putting clothes in a tumble dryer for one hour should kill ticks.

As well as wearing clothing that covers skin, you can also use an anti-tick spray which can be bought from pharmacies.

Remember, too, to check pets, as they can become tick ‘hosts’ and bring them indoors.

What if I get bitten?

Lyme disease has no vaccine but can be treated, while TBE cannot be cured but a vaccine and treatments are available. The vaccine is recommended for anyone planning to travel to countries where TBE is more common, and may be offered to people in France, too.

If you do get a tick, you should remove it safely. The sooner you can do this, the lower the risk that it will be able to infect you with Lyme disease as it can take up to 24 hours for the bacteria to be transferred.

Removal can be done with a special tick remover (available at most pharmacies) or tweezers. The important thing is making sure you remove the whole tick, by grabbing it as close to the skin as possible and pulling slowly.

Then, wash and clean the bite, and contact a doctor if you’re worried, especially if you experience symptoms of illness in the weeks after being bitten. You can request preventative antibiotic treatment against Lyme disease from a doctor.

You can report a tick bite on the CiTIQUE website here