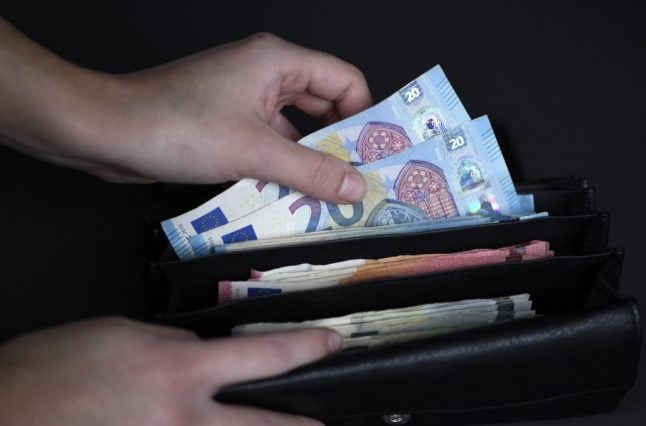 The newly-appointed PM announced on Tuesday that financial aid would be distributed in September.

She did not go into details on the package – or how much it will be – other than to say it would be targeted at low-income households and would be paid directly into people’s back accounts in la rentrée (September).

The scheme is likely to be similar to the chèque energie that was distributed to around 6 million people in 2020 and 2021 – in that case €100 was put directly into the bank accounts of householders on low incomes.

“In the emergency with inflation, it will be an aid paid directly into the bank account, at once, taking into account naturally the number of children in the family,” she told France Bleu.

The announcement comes after Finance Minister Bruno Le Maire last week confirmed that the shield on energy bills will remain in place until at least the end of 2022 and possibly into 2023 – freezing gas prices and capping electricity bill hikes at four percent.

The government is also still operating its fuel rebate, in which it refunds 18c per litre of the cost of petrol or diesel. This will stay in place until at least July and is likely to be extended.

A massive package of financial aid has also been directed at industries including truck drivers, farmers and fishermen to help them cope with the rise in the price of fuel following the Russian invasion of Ukraine.

These measures have combined to give France one of the lowest inflation rates in Europe, but consumers have still seen a rise in the price of food and everyday household objects, as well as shortages of certain products including sunflower oil and mustard. 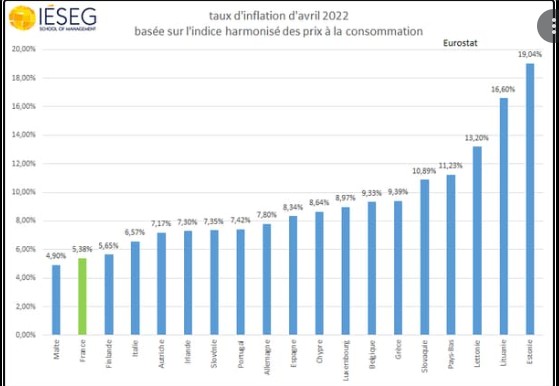 Graphic: IESEG
France’s economy shrank in the first quarter of 2022 as households spent even less than previously thought due to rising inflation, the statistics agency INSEE reported, lowering an initial estimate of zero growth to a net shrinking of the economy.