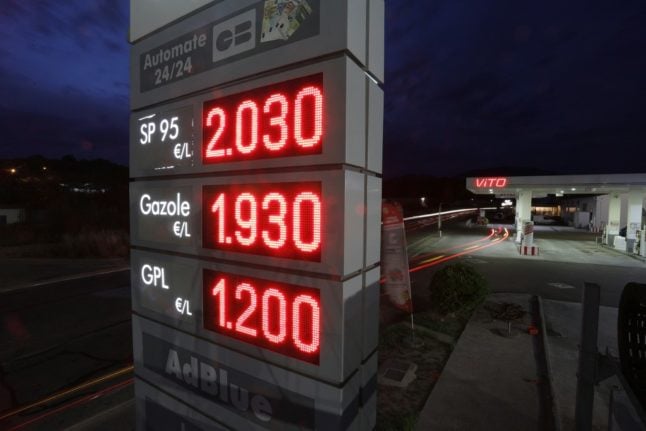 Prices of many items have risen since the invasion of Ukraine. Photo by Pascal POCHARD-CASABIANCA / AFP)

Russia’s invasion of Ukraine has sent energy and food prices soaring worldwide, raising concerns that inflationary pressure could derail the economic recovery from the Covid pandemic.

France’s worse-than-estimated performance puts an end to the country’s strong economic rebound from the pandemic and poses a challenge to President Emmanuel Macron, who was re-elected last month.

Prior to the war, France’s INSEE statistics agency had expected the French economy to grow in the first quarter after rising sharply last year.

Last month it estimated that the economy had flatlined but its new calculations showed that France’s gross domestic product contracted by 0.2 percent in the first three months of the year.

Household spending fell by 1.9 percent in the same period, worse than initially estimated.

Inflation accelerated again in May, reaching 5.2 percent — the first time it crossed the five-percent threshold since 1985.

Inflation in France is not as bad as in neighbouring eurozone countries, however. Germany reported a new record of 7.9 percent while Spanish inflation jumped to 8.7 percent in May.