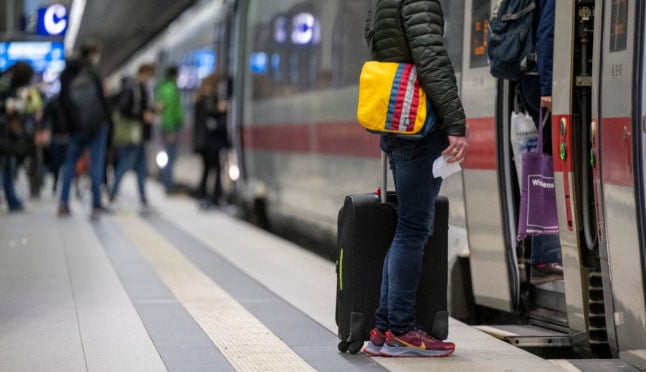 SNCF chief Jean-Pierre Farandou said they hoped to begin offering one trip per day between the French and German capitals in December 2023.

Several years ago, bosses did not think travellers would be willing to take a rail journey lasting up to seven hours – but that was changing, he said.

“Together with our German colleagues we’re going to take a chance and launch this train,” said Farandou.

READ ALSO: Trains are in fashion – so why is rail travel across Europe so difficult?

Both SNCF and Deutsche Bahn offer high-speed train services between Paris and Frankfurt, but for the moment you need to change trains to get to Berlin.

Travelling by high-speed rail results in considerably fewer emissions than by air.

German Transport Minister Volker Wissing said: “In view of the major challenges of climate change, rail must play a stronger role in intra-European transport. With the new high-speed connection Berlin-Paris, another attractive alternative to flying is on the way.”

Rail operators are also reviving night trains to lure travellers seeking to reduce the carbon imprint of their long-distance travel.

A Paris-Berlin night service is also expected to resume next year. 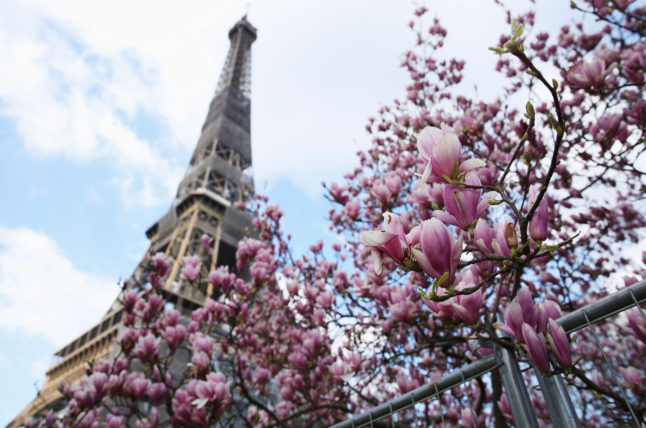 It comes after reports emerged that rail passengers may soon be able to take a direct train from London to several cities in western Germany, including Cologne, Düsseldorf, Dortmund and Aachen, following a merger between two large rail operators.

The train route would be an extension of existing Eurostar routes that currently run from London to Brussels, Paris, Lille, Amsterdam and Rotterdam, the French news site explained.

It would be the first direct train from the UK to Germany in the history of Eurostar.

However, Eurostar said it was still “too early” to confirm any plans for new routes.

A spokesperson for SNCF, the parent company of Eurostar Group, added that they will “study the possibility of launching new routes” but that nothing was decided yet.

TRAVEL NEWS
OPINION: Trains are in fashion so why is rail travel across Europe still so difficult?

Buried away in the latest report by the UN’s Intergovernmental Panel on Climate Change about the changes needed in different sectors to reduce their greenhouse gas emissions is this startling graphic (below) – it is in the transport sector where the costs to decarbonise are lowest, and even have cost savings associated with them.

So with spring blossom in the trees and thoughts turning to planning summer holiday trips, why not look for a greener route to the sun – by taking the train rather than the plane?

In terms of the public debate, trains are back in fashion.

On the back of Greta Thunberg’s efforts to shame those who fly, and to push greener alternatives instead, media from The New York Times to the BBC are discussing the renaissance of long distance travel by train in Europe, especially night trains.

One railway company – Austria’s ÖBB – has seized the moment and has ordered a fleet of 33 new 7 carriage night trains, the first of which will be on Europe’s tracks from December this year.

The argument for night trains is a simple one, namely that by travelling at night you save yourself a night in a hotel at your destination, and passengers are happy to make a longer trip while they are asleep than they would during the day – when passengers normally will not spend more than 6 hours in a train.

The problem is that beyond ÖBB’s plans comparatively little is happening in long distance cross border night trains in Europe.

There are dozens of further connections where night trains would make sense – think of routes like Amsterdam-Marseille or Cologne to Warsaw for example – but we cannot hope that the Austrians will run those. The European Commission conservatively estimated in December 2021 that at least 10 more night train routes, over and above those planned by ÖBB, would be economically viable, and running those lines would need at least 170 new carriages to be ordered. But so far no operator has been tempted.

The main players in European rail – Deutsche Bahn, Renfe, SNCF and Trenitalia – have no interest in night trains, and even only limited interest in cross border rail at all.

More profitable national daytime services are their focus. The French and Italian governments have been making noises to push SNCF and Trenitalia respectively to run more night time services but – you guessed it – only on national routes.

A few small private players have sought to run night services – Sweden’s Snälltåget and Amsterdam-based European Sleeper for example, but they have struggled to scale.

All of this is on top of the headaches that cross border rail in Europe has faced for years, namely the difficulty of booking tickets on international trains (sometimes two or more tickets are needed), timetables that are not in sync if you have to change train at a border, and lack of clear information and compensation if something goes wrong. Even finding out what trains run is often a headache, as no complete European railway timetable exists.

The EU nominated 2021 as the European Year of Rail with the aim of drawing attention to what rail can do in Europe, but the year closed with scant little progress on any of this multitude of thorny problems – in the main because the railway companies themselves do not want to solve them.

Helping intrepid cross border travellers find their way around these practical barriers has become a kind of cottage industry in the social media era.

Communities of sustainable transport nerds of which I am a part on Facebook and Twitter help each other to find the best routes and cheapest tickets, and the venerable Man in Seat 61 website acts as a kind of FAQ for international rail.

There’s nothing quite like waking up on a summer morning and seeing the sun on the Mediterranean or the wooded slopes of the Alps out of the window of a night train. But travel experiences like that are not nearly as simple or mainstream as they should be – and it is high time the railway industry stepped up.

Are you hoping to travel across Europe by train instead of plane but finding it difficult to organise? Feel free to get in touch and with Jon’s expertise we’ll try to help you. Email [email protected]

Jon Worth is a Berlin-based blogger who specialises in European train travel. You can his original post on this subject HERE.

TOURISM
How to find cheap train tickets in France