Weather alerts have been issued for 17 départements in northern and central France. 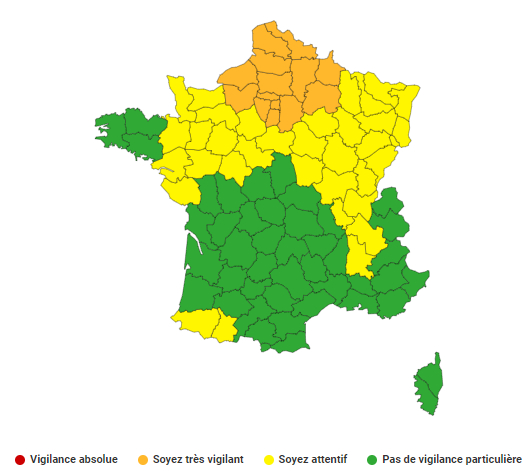 Up to 30mm of rain in less than an hour is forecast, as the system crosses the country from west to east from the end of the morning and through the afternoon, with winds passing 100km/h as the locally violent storms pass. Hail showers are also possible.

The worst of the storms are expected to pass by about 6pm, but the current weather alert is in place until 6am Saturday, and may be updated as the day progresses.

Last weekend, north-west France was affected by violent thunderstorms, which had left thousands of homes without electricity. Since then, France had experienced very high heat – in Paris the overnight heat record for the month of May was broken this week.