For an UPDATED version of this article with more info on the fanzone CLICK HERE.

Paris is readying a massive fanzone in the east of the city for thousands of Liverpool football fans who are expected to descend on the city for the Champions League final against Real Madrid on Saturday May 28th, French sports daily L’Equipe has reported.

Local newspaper Le Parisien has also confirmed the plan for the fanzone although Paris authorities have not yet rubber stamped the plan publicly.

The Local has asked Paris City Hall to confirm the report.

A meeting will take place on Monday involving Uefa, the French football association and local authorities in Paris and Saint-Denis after which there will likely be more news around the organisation of the fanzone.

According to l’Equipe Paris authorities are are arranging a huge reception area on the Cours de Vincennes, a huge avenue near Place de la Nation in the south east of the city. 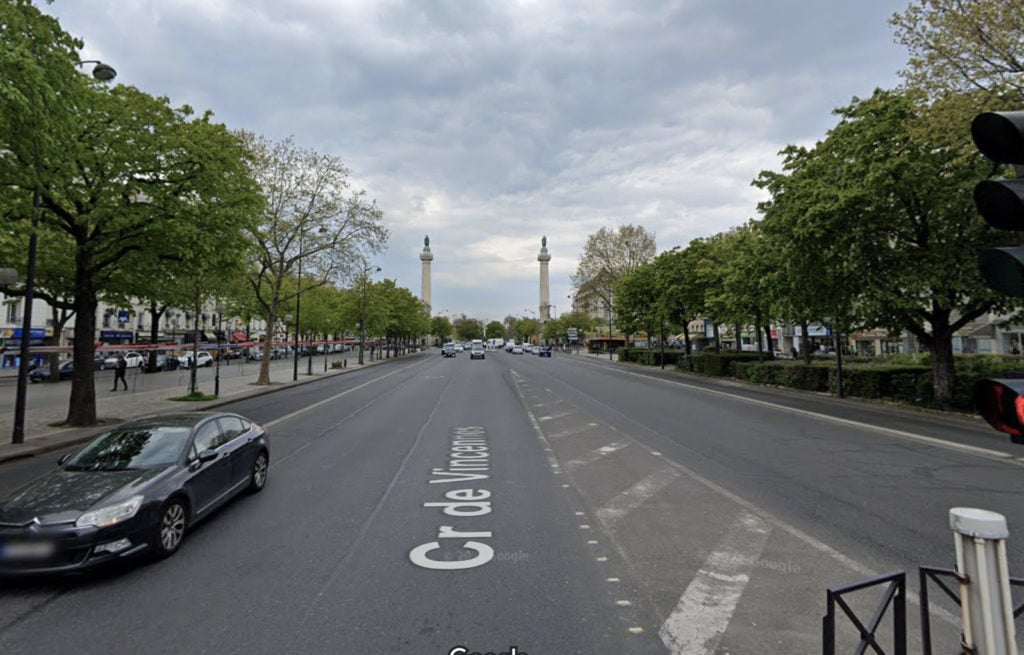 The fanzone will accommodate Liverpool fans with or without tickets for the final.

Two giant screens will be installed to broadcast concerts taking place in the afternoon. Food trucks and bars will be open.

However it is not clear whether the match itself will be broadcast live on the screens.

Fans should be aware that they must undergo security checks before they will be allowed entry.

Cours de Vincennes is some distance from the ground, but was chosen above other options, including the Parc d’Exposition at Porte de Versailles, to the south of the city, a venue rejected for safety reasons. 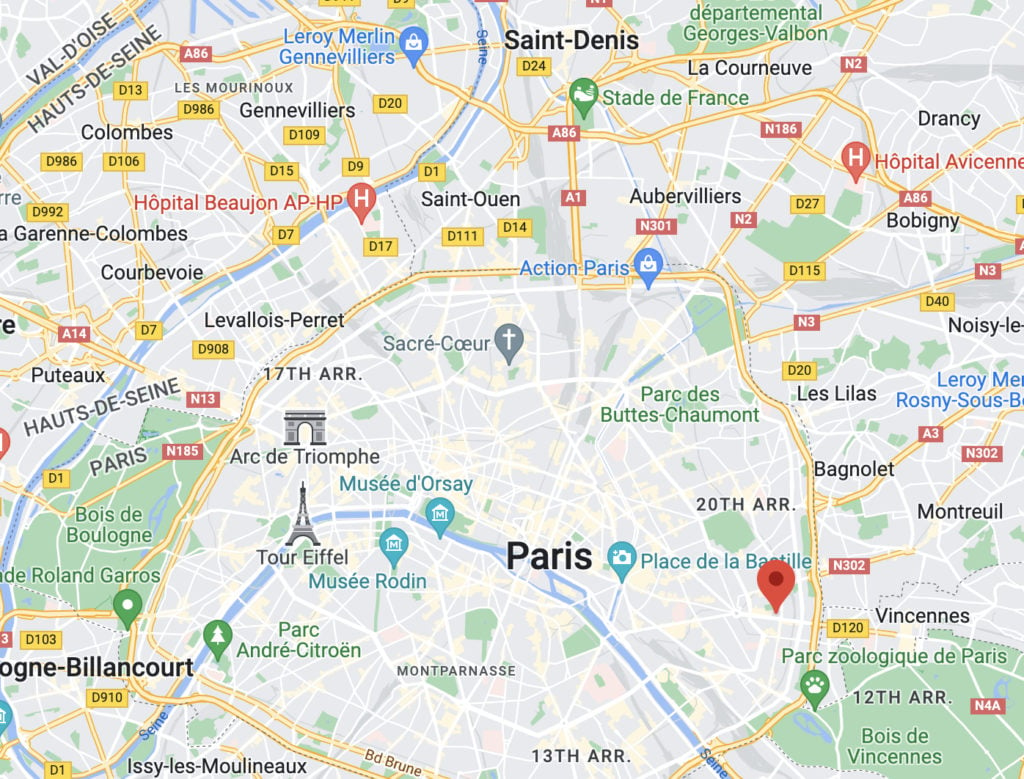 If the fanzone does go ahead in the Cours de Vincennes then fans needing to get to the stadium will have to take public transport across the city using either the Metro or RER trains.
The easiest route may be to get to Gare de Lyon via the Metro (or walk) and then take the RER D north to the Stade de France (Direction Creil). 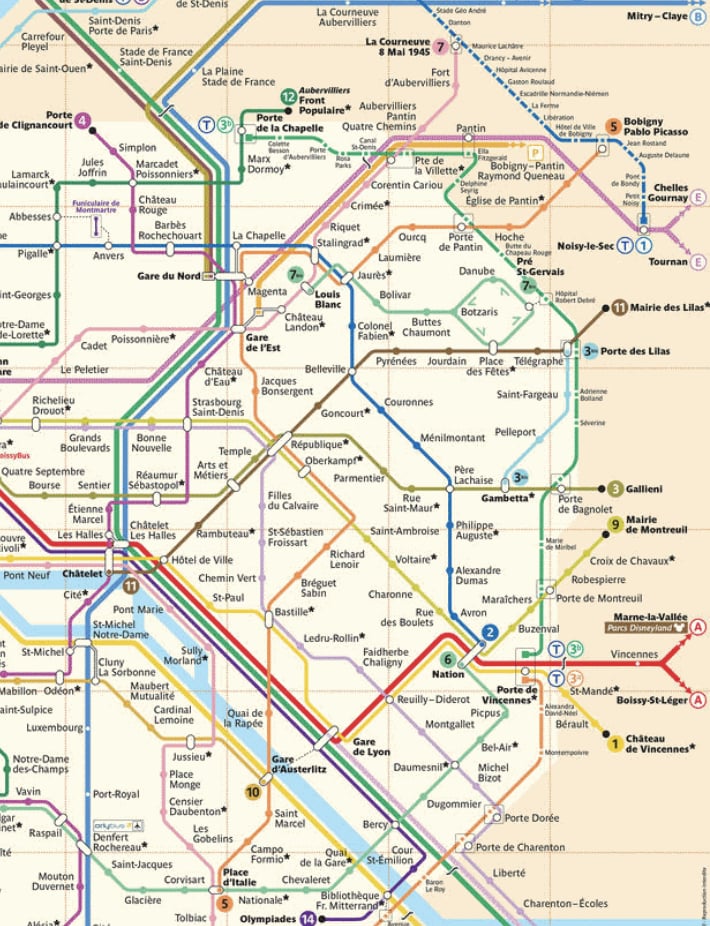 Real Madrid fans with tickets meanwhile, will be directed to a ‘fan meeting point’ at the Parc de la Légion d’honneur, close to the stadium in Saint-Denis. It will open mid-morning and close at 5pm, four hours ahead of kick off.

However Le Parisien newspaper says the fanzone in the park will then re-open to locals who’ll be able to watch the game on a big screen in the park. Again this needs to be confirmed.

“We are trying to take as many precautions as possible, to adapt as necessary and get on with it,” the France coach said at a press conference in Doha ahead of Sunday’s match.

“Obviously it would be better if this wasn’t happening but we are handling it as well as possible with our medical staff.”

Central defensive pair Raphael Varane and Ibrahima Konate missed training on Friday due to illness, along with winger Kingsley Coman.

Midfielder Adrien Rabiot and defender Dayot Upamecano did not play in Wednesday’s semi-final win over Morocco.

Deschamps and his captain Hugo Lloris both insisted they could not offer any health updates on Saturday morning, with the team set to train again later in the day.

“I am fine. As for the players, I left quite early this morning so they were all sleeping,” added Deschamps, who spoke to reporters at 11:30 am local time.

“We are trying to handle the situation as well as possible and remain calm and focused.

“I’ll get some more information later today and think about that tonight and maybe tomorrow. And of course we’re looking forward to being ready for this important game.”

READ ALSO: How you can watch 2022 World Cup games on French TV

Players, staff and other sources close to the squad have spoken of a range of symptoms affecting the team in recent days, including fever, stomach pains and headaches.

Measures have been taken at the team’s hotel, including isolating certain players, but Covid-19 testing is no longer imposed by world governing body FIFA.

France are aiming to become the first team since Brazil in 1962 to successfully defend the World Cup.

They are facing an Argentina side determined to win the trophy in what is likely to be Lionel Messi’s last-ever match at the tournament.

“We are never really prepared for this type of thing but we are trying to prepare in the best way possible,” Lloris said of the illness worries. “We remain focused and of course we’re very excited about playing in a World Cup final.”