An aerial picture taken aboard an helicopter on July 20, 2010 shows a view of the Stade de France in Saint-Denis, outside Paris. AFP PHOTO BORIS HORVAT (Photo by BORIS HORVAT / AFP)

Where is the Stade de France?

The Stade de France is in the northern Paris suburbs, just a few Metro or train stops from the northern edge of Paris. Strictly speaking and as the locals in Saint-Denis will tell you, the national stadium is not actually not located in Paris.

It’s in the town of Saint-Denis, that forms part of the petite couronne – the ring of inner suburbs that surround the French capital.

READ ALSO: Everything you need to know about Saint-Denis

Anyone arriving into Paris down the A1 motorway or indeed by Eurostar or the RER B rail connection from the airport will see the stadium on their approach to the city.

Getting to central Paris from the airport

Those fans arriving by plane will likely fly into Charles de Gaulle airport to the north of Paris. The best way into town is with the RER B overland train that passes through Gare du Nord and the central of the city. Follow signs for “Paris by Train / RER B” to the platforms and ticket area. It could be a fair walk depending on which terminal you arrive at.

It also serves Orly airport so anyone arriving into Paris’ other airport can also get the RER into town via the Orlyval shuttle train.

If you are taking a taxi from Charles de Gaulle airport into town make sure it’s an official one which are subject to flat rates. Follow the signs for the official taxi ranks and avoid drivers offering taxis to in other parts of the airport.

The fixed rates are either €53 or 58 depending on which part of central Paris you are going to as the map from Parisaeroport.fr shows.

UPDATE: There are planned works on the RER B line on Thursday May 26th and Sunday May 29th which means there will be no trains running between Gare du Nord and the airport. A bus replacement service will be set up. CLICK HERE for more details. 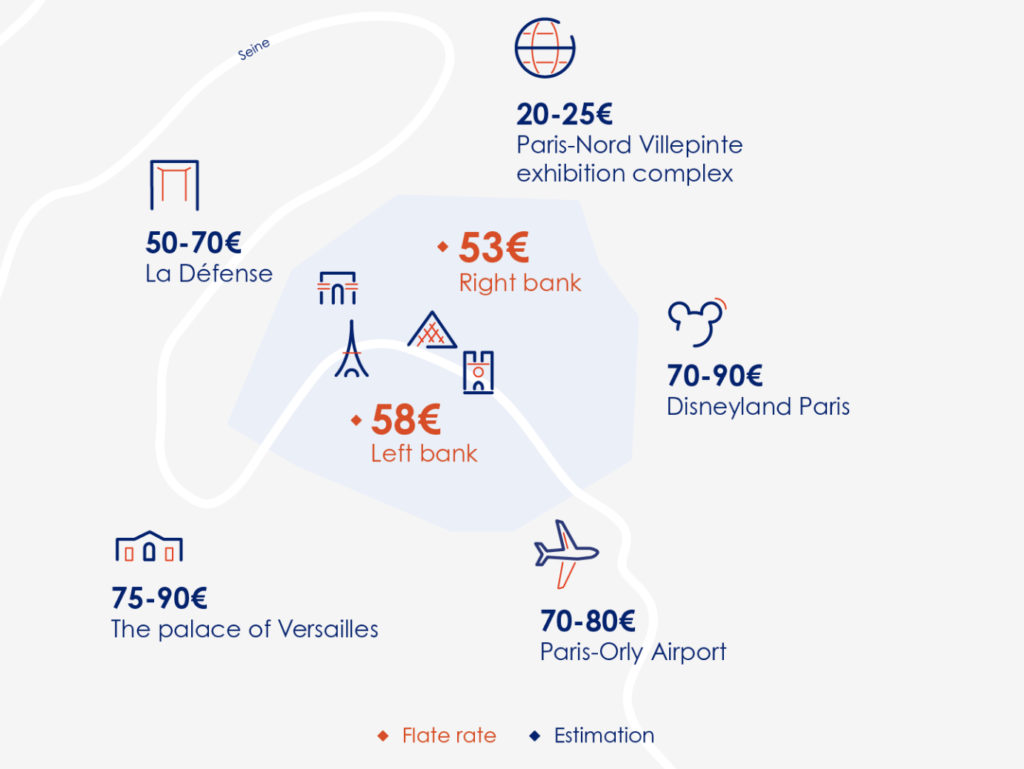 There is more info on taxis here.

What’s the best way of getting to the Stade de France from the city centre?

Probably the easiest way to get to the ground is by taking an RER train or by Metro.

For the RER, which is basically a suburban rail service that extends to the outer suburbs of Paris, you can take either RER B or RER D from level 3 in Gare du Nord – where the airport train and Eurostar trains arrive – (With RER B its Direction Mitry-Claye or Aeroport Charles de Gaulle, and with RER D it’s Direction Creil)

RER B and D also head to the stadium from from Châtelet les Halles – a big transport hub in the city centre, not far from Notre Dame Cathedral and the River Seine.

UPDATE: Paris transport unions have called a strike on Saturday May 28th which could impact the RER B. Click here for more information. 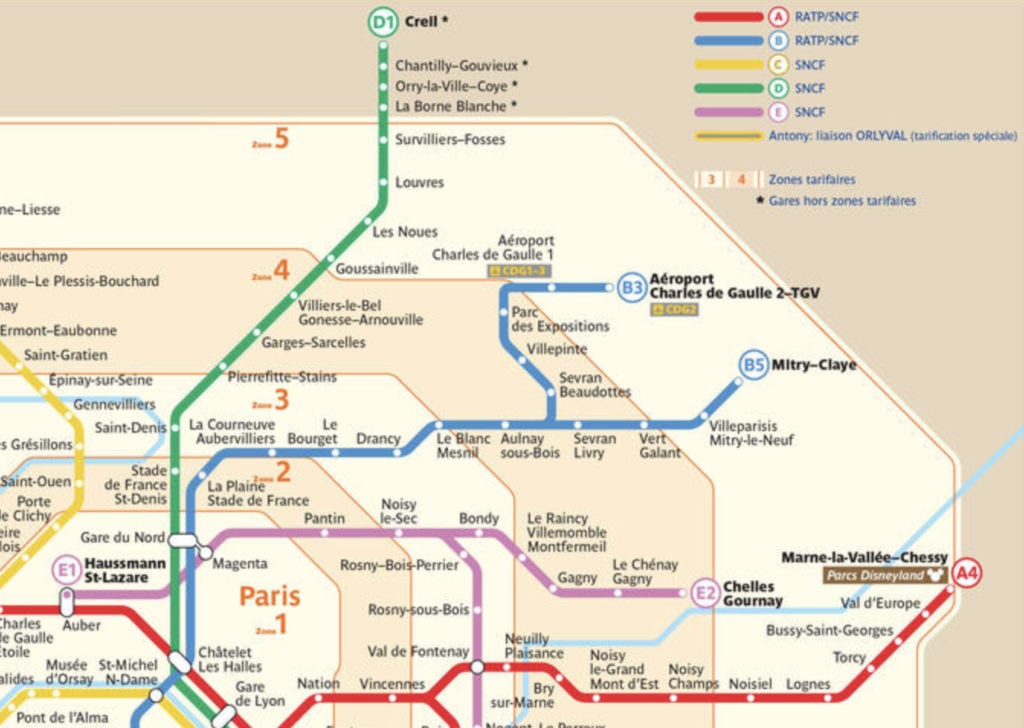 You can also get to the stadium by taking Line 13 of the Metro, which passes through Saint Lazare station and Place de Clichy (where a lot of fans will no doubt congregate around. the many pubs in the area – for more on where to get a pint, see below).

If you’re on line 13 the stop is Saint-Denis Porte de Paris. 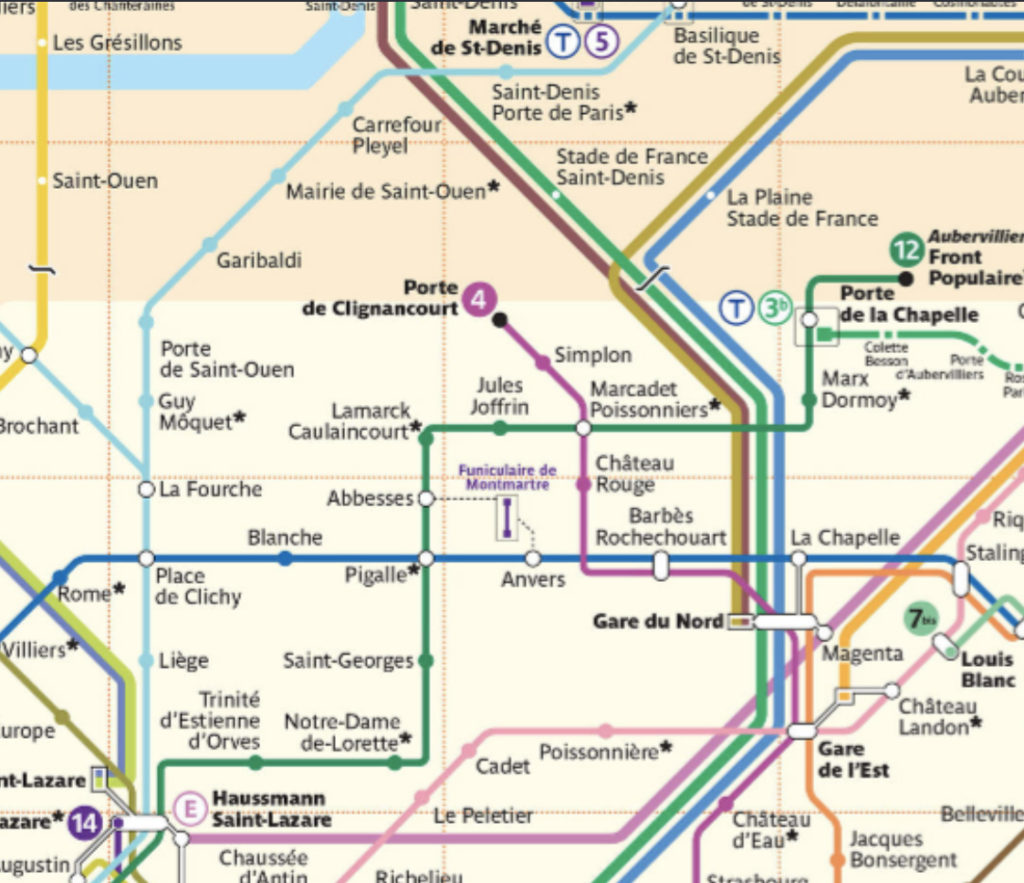 Will I be able to get a beer inside the Stade de France?

Yes, the stadium gates will open at 6pm as will the bars inside the stadium. However outside the stadium drinking and buying alcohol will only be allowed up until 6pm. Paris police are encouraging those with tickets to get into the ground in good time.

This can get a bit complicated because the Stade de France is in zone 2 so an ordinary Metro ticket won’t work.

The best option would probably be to buy a Navigo 1 day pass for zones 1 and 2, which you can do in Metro stations or by downloading the “Bonjour RATP” phone app and following the instructions.

You can also just buy a return ticket to the Stade de France at Metro stations although it’s a little more complicated to use the automatic machines.

Note of warning. It’s probably best to get your transport tickets well in advance. Queues can be horrendous and last time Liverpool played in Paris, the transport police were out in force making sure all fans had the right to travel. It caused chaos at the Metro station near Parc des Princes.

Can I walk to the ground from central Paris?

Yes, in theory, but it’s probably not a wise option.

It’s much easier to get public transport to the ground. While the stadium is not that far from the edge of Paris it’s not a great walk – not least due to all the rail tracks and motorways that snake around the area.

One possible route if you really want to walk is via the canals. It takes a bit longer but the first part of the walk along the Bassin de La Villette and the Canal de L’Ourq is at least lined with plenty of bars. The second part along the Canal de Saint-Denis is less picturesque. It passes through a fairly run down industrial area but there is at least a well used cycle path to follow.

But public transport is by far the better option. 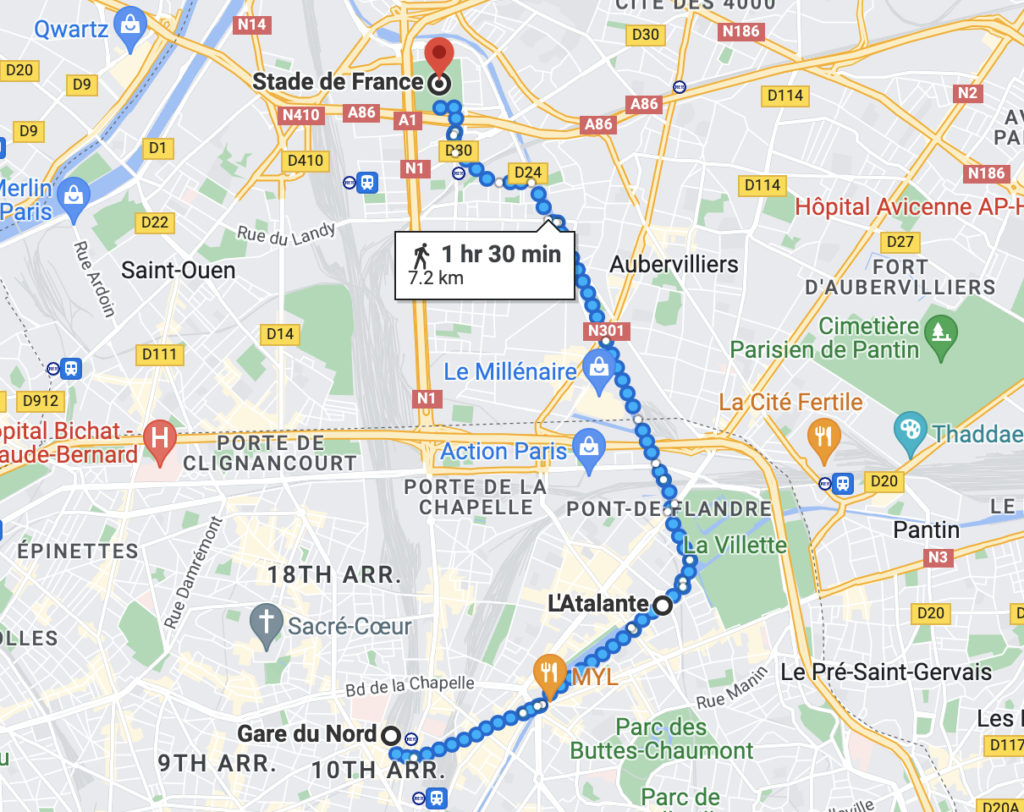 Security at the stadium

Anyone heading to the ground should expect tight security and several ticket and security checks on their approach to the stadium. Authorities have said they will widen the security cordon and the stadium compared to a normal football match with initial checks and searches to take place around 1km from the ground.

Stade de France as targeted in the 2015 terror attacks and since then security checks have been considerable so needless to say fans are advised to get to ground with plenty of time to spare.

It seems that bars in the vicinity of the stadium will be open but will only be allowed to serve alcohol until 6pm.

Will there be a fanzone for Liverpool fans?

Yes there will be. It will be at the Cour de Vincennes – a wide avenue in the east of the city near Nation Metro.

It will apparently cater to around 40,000 fans – around the number of ticketless supporters expected in the city for the match.

It will be open from 2pm until the “end of the match” according to Paris authorities.

There will be two giant screens, but it’s not been confirmed yet whether the match will actually be shown live. An announcement is expected later in the week but it appears likely the game will be shown. We’ll confirm as soon as the police do.

Live music from Boss Night has been confirmed.

There will also be a fan zone for Madrid fans nearer the stadium at the Parc de la Legion d’Honneur in Saint-Denis. 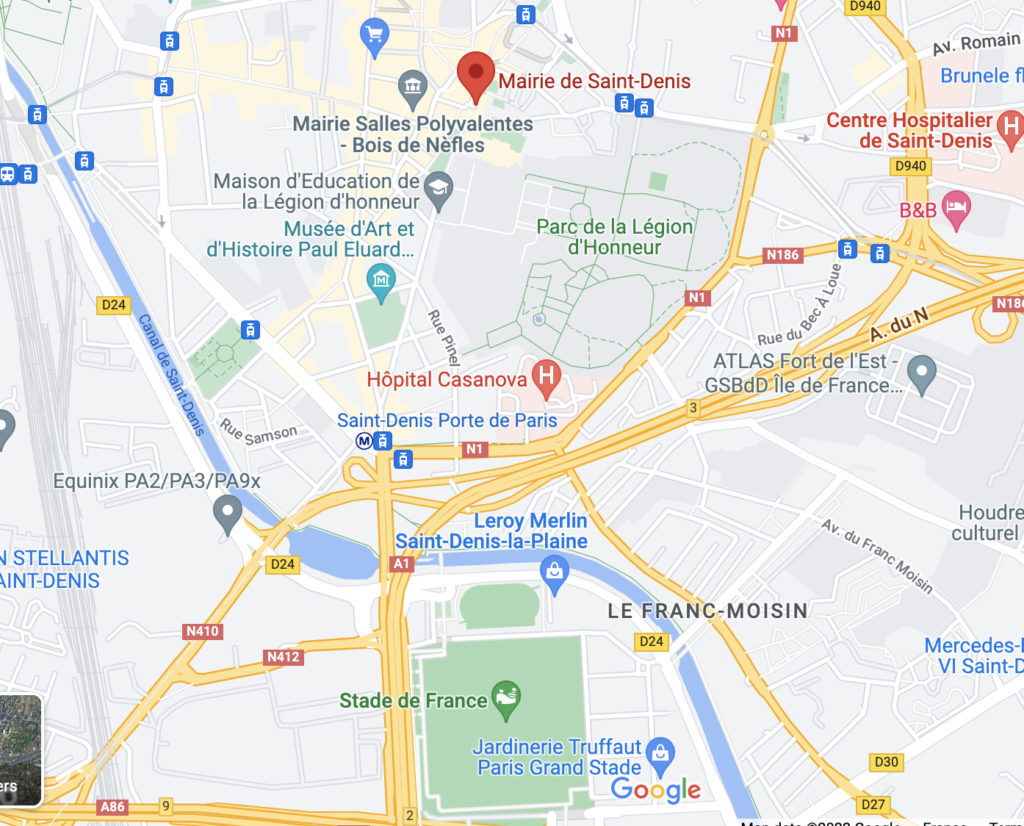 Where will Liverpool fans congregate?

Paris is not short of pubs, bars and cafes and squares, so it’s likely fans will congregate all over the city.

There are scores of British/Irish/Scottish/North American themed or genuine pubs all over the city. Certain parts of town like Grands Boulevards, Place de Clichy, St Michel and Rue St Denis around Châtelet have several big pubs grouped together which will likely be focal points.

There is the Kop Bar in the 18th and the Lush bar in the 17th which are known venues for Liverpool fans but they will likely be packed. Ticketless fans shouldn’t have too much of a problem finding somewhere that will show the game however. The smaller more local bars might be a good shout if the pubs are overflowing. The game is being shown on terrestrial TV in France (TF1) so any bar with a TV should be able to show it.

There is a list of pubs doing the rounds online including venues such as the Bombardier, Belushis, the Harp and the Coq and Bulldog but there are many more across the city.

There are lots of bars opposite Gare du Nord station but pints can be expensive and not many have TV screens.

Pubs like Corcorans on Grands Boulevards (Boulevard Poissonniere / Boulevard Montmartre) have plenty of screens. Also search for O’Sullivans and Cafe Oz which are big pubs around the city with lots of screens.

And a good spot is also Patrick’s – Le Ballon Vert Irish pub at Metro Faidherbe-Chaligny (line 8) There are lots of TV screens. 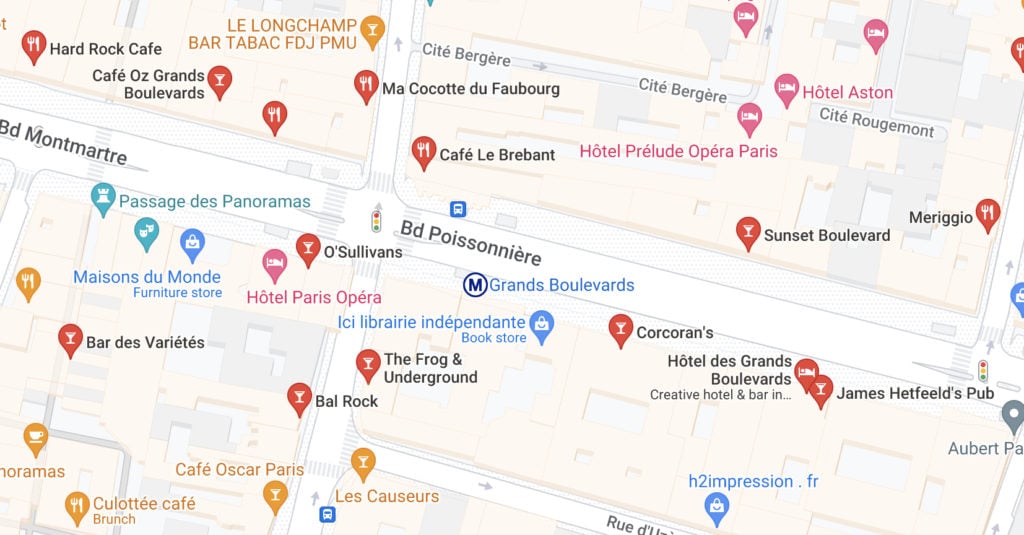 Will there be any special events?

UEFA have organised two official trophy experience locations in the build-up to the final, one in central Paris and the other in Saint-Denis.

From Thursday, May 26th until two hours before kickoff on Saturday, May 28th, fans can experience the walk-through zones free of charge.

“The activities are free and open to everyone so come enjoy the electric atmosphere, meet fellow fans, and get in the festive spirit,” says Uefa.

The Two locations are:

Are there any Covid rules I need to be aware of?

Face masks are no longer obligatory in shops or on public transport although they are recommended.

Can I drive into Paris?

Beware you’ll need a Crit’air sticker on your car or risk paying a fine. The stickers are an anti-pollution measure and even foreign cars should have them. You can get more information here.

“We are trying to take as many precautions as possible, to adapt as necessary and get on with it,” the France coach said at a press conference in Doha ahead of Sunday’s match.

“Obviously it would be better if this wasn’t happening but we are handling it as well as possible with our medical staff.”

Central defensive pair Raphael Varane and Ibrahima Konate missed training on Friday due to illness, along with winger Kingsley Coman.

Midfielder Adrien Rabiot and defender Dayot Upamecano did not play in Wednesday’s semi-final win over Morocco.

Deschamps and his captain Hugo Lloris both insisted they could not offer any health updates on Saturday morning, with the team set to train again later in the day.

“I am fine. As for the players, I left quite early this morning so they were all sleeping,” added Deschamps, who spoke to reporters at 11:30 am local time.

“We are trying to handle the situation as well as possible and remain calm and focused.

“I’ll get some more information later today and think about that tonight and maybe tomorrow. And of course we’re looking forward to being ready for this important game.”

READ ALSO: How you can watch 2022 World Cup games on French TV

Players, staff and other sources close to the squad have spoken of a range of symptoms affecting the team in recent days, including fever, stomach pains and headaches.

Measures have been taken at the team’s hotel, including isolating certain players, but Covid-19 testing is no longer imposed by world governing body FIFA.

France are aiming to become the first team since Brazil in 1962 to successfully defend the World Cup.

They are facing an Argentina side determined to win the trophy in what is likely to be Lionel Messi’s last-ever match at the tournament.

“We are never really prepared for this type of thing but we are trying to prepare in the best way possible,” Lloris said of the illness worries. “We remain focused and of course we’re very excited about playing in a World Cup final.”