Think cable cars, think winter sports in the snow-covered Alps. But France’s longest cable car, which has just opened to users, is not in what many would consider to be the mode of transport’s natural habitat.

The delayed 3km Téléo service opened in Toulouse on Friday, May 13th, 2022, two years later than scheduled because of Covid-19, and links the Oncopole, on one side of the Garonne, and the l’université des sciences et de médecine Paul-Sabatier, on the other. 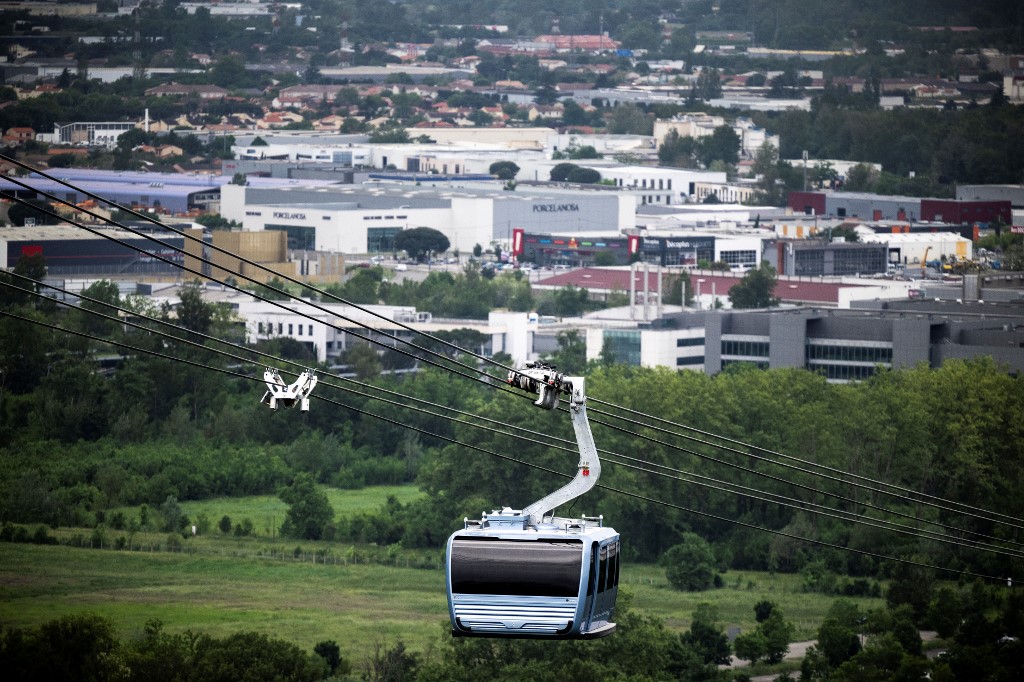 It is expected to carry at least 8,000 passengers a day, up to 1,500 an hour in each direction. Journeys will take 10 minutes, and the 14 cars – designed by Paolo Pininfarina, the designer of Porsche and Maserati, and which can accommodate 35 people – will run every one-and-a-half minutes at peak times.

In comparison, travel between the two sites can take as long as 30 minutes on the roads in rush hour. Even during quieter periods, journey times in cars is 11 minutes.

The project cost €82.4 million, more than had been anticipated because of objections to the original route, which would have had a station in front of the lycée Bellevue. But, thanks to its three-cable system, the service operate even in high winds. It has been designed to run even when the autan wind – which can reach 108km/h – is blowing.

A telecar service was first planned in 1936, when Albert Bedouce, the city’s mayor, was the Minister of Public Works in Léon Blum’s first government. Plans were shelved at the outbreak of the Second World War.

The scheme was reopened in 2004. But, a lack of long-term support from elected officials meant work did not start until 2018.

The government has announced that it will increase the maximum available grant to €2,000 and the keep the scheme running until December 31st.

In total, the extended scheme is expected to cost €5 million.

“France is once again becoming a country of bicycles,” a spokesperson for the Union sport et cycle said after the announcement that the maximum amount that could be reclaimed to buy a new electric bicycle rose to €400 for those on the lowest incomes, or those with disabilities.

“It’s obviously going in the right direction, even if there are a lot of conditions,” Union sport et cycle told Franceinfo. One of those conditions is that the new owner cannot sell the cycle for a year, and the offer is only available once.

Under the extended scheme, financial incentives to buy electrically-assisted cargo bikes increases to €2,000 from €1,000 previously, while aid to buy folding cycles also rises to a maximum of €1,000.

The scheme includes traditional cycles – with means-tested aid fixed to 40 percent of the cost of the cycle, up to a ceiling of €150.

Unlike previous government efforts to get people cycling more, this latest scheme does not require equivalent support from a local authority, which had meant that people living in smaller towns and villages had been excluded.

The Fédération française des usagers de la bicyclette said it, “welcomes these first emergency measures taken at the start of this mandate […] which will help reduce household mobility expenses and help the most vulnerable families.”

The association, which campaigns for a continuous network of cycle paths in France, added: “the end of dependence on the car must become a priority with means equivalent to the provisions emergency support attributed to the purchasing power of motorists.”

Many local authorities, especially those in cities, have been extending cycle paths in order to encourage people to cycle more. 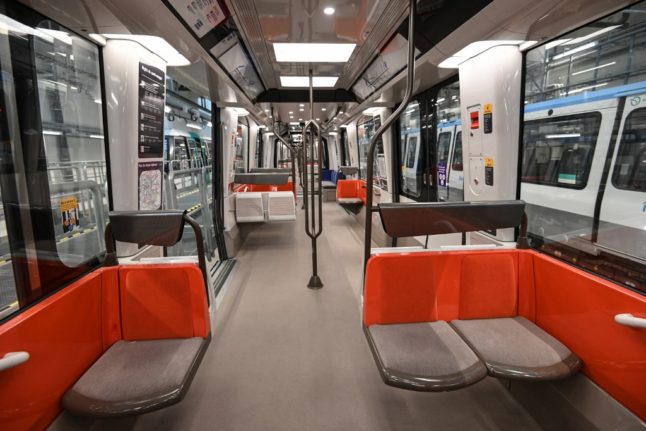 TRANSPORT
What are the best Paris Metro lines to use during a heatwave?
Url copied to clipboard!