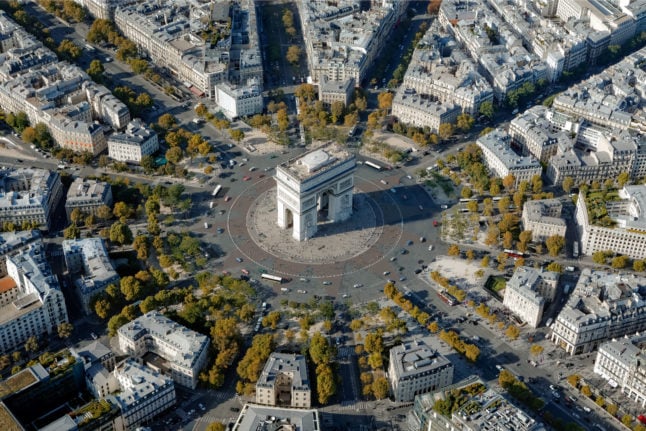 The city of Paris' plan for the widening of the Champs Elysée by adding a pedestrian ring around it (Credit: Ville de Paris)

The French often call it “the most beautiful avenue in the world” but activists complain that traffic and luxury retail have turned it into a noisy and elitist area shunned by ordinary Parisians.

“We need to re-enchant the capital’s most famous avenue, which has lost a lot of its splendour in the past 30 years,” the mayor of the capital’s 8th district Jeanne d’Hauteserre told reporters.

“It’s a reduction of the space for cars, to be clear, because that’s how we need to envision the city of the future,” socialist Paris mayor Anne Hidalgo said.

The plan is in keeping with other efforts by the city leader to squeeze cars out of Paris and make the city more green, a push that has divided residents with critics saying her policies go too far too fast. 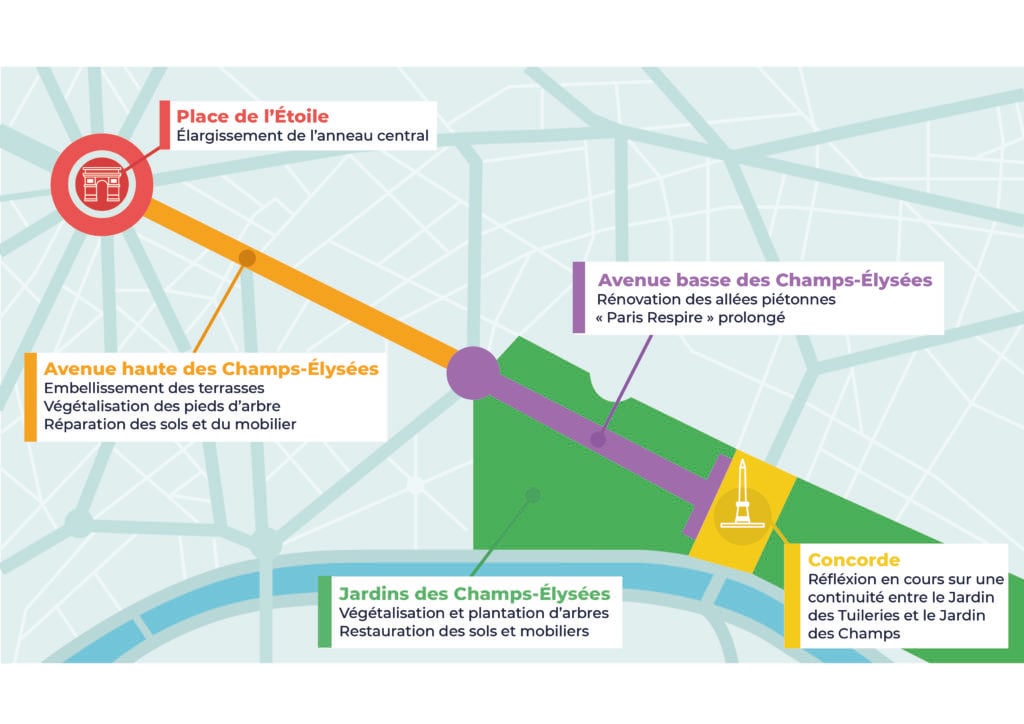 The master plan for the Champs Elysée, including the widening of the area around the arc (Credit: Ville de Paris)

But supporters have lauded the former presidential candidate’s efforts to reduce pollution and increase green areas in the densely populated city that can become unbearable when increasingly frequent summer heatwaves hit. 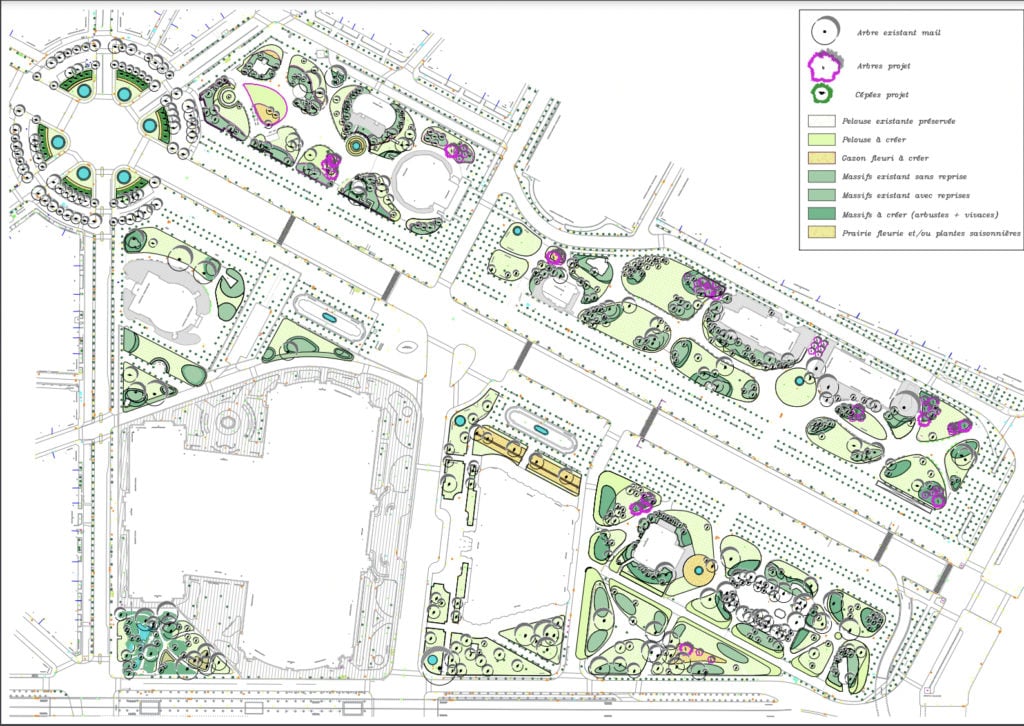 A map showing where trees, flowers, and gardens will be planted (Credit: Ville de Paris)

Around the Arc de Triomphe, which perches atop the Champs-Elysées, the plan is to widen the pedestrian ring surrounding the monument.

And at the bottom of the two kilometre (1.2 mile) long avenue next to the Place de la Concorde, the “Re-enchant the Champs-Elysées” plan will revamp the gardens. 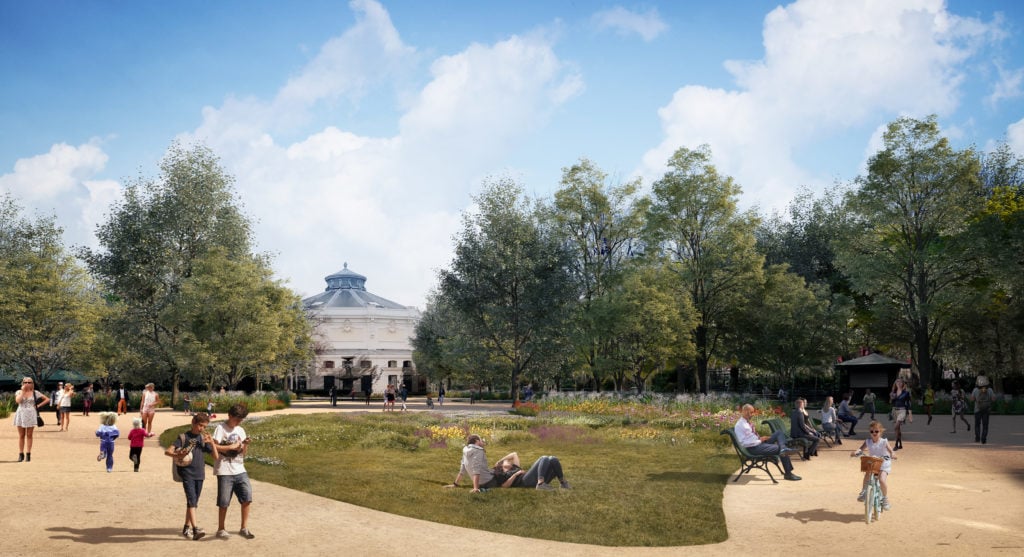 An artist’s rendering of the plan for the “Square Marigny” (CREDIT: Ville de Paris)

“We will create a hectare and a half of green spaces and plant over a hundred trees,” deputy mayor Emmanuel Gregoire said.

Paris will spend 26 million euros ($27.5 million) in the lead up to the Olympics on the works set to begin within weeks. 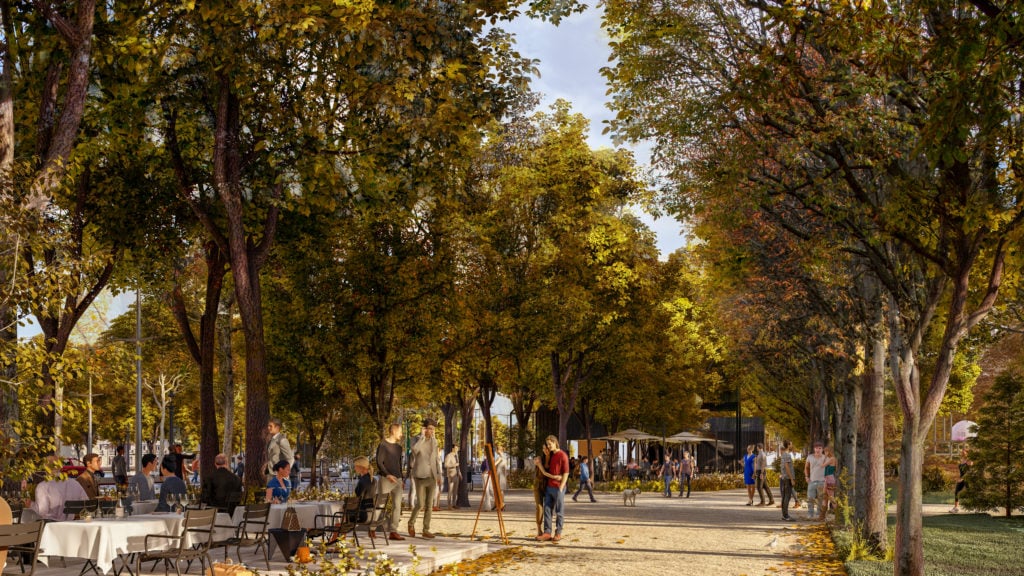 An artist’s rendering of the ‘revamped’ gardens at the end of the Champs Elysée (CREDIT: PCA-STREAM)

The terraces near the top of the avenue favoured by tourists will also be reworked by Belgian designer Ramy Fischler, who will strive to “preserve the identity and personality” of the area, he said.

The Champs-Elysées was first laid out in 1670 but was given a revamp by Baron Haussmann, the architect behind the transformation of Paris under Napoleon III in the mid-19th century. 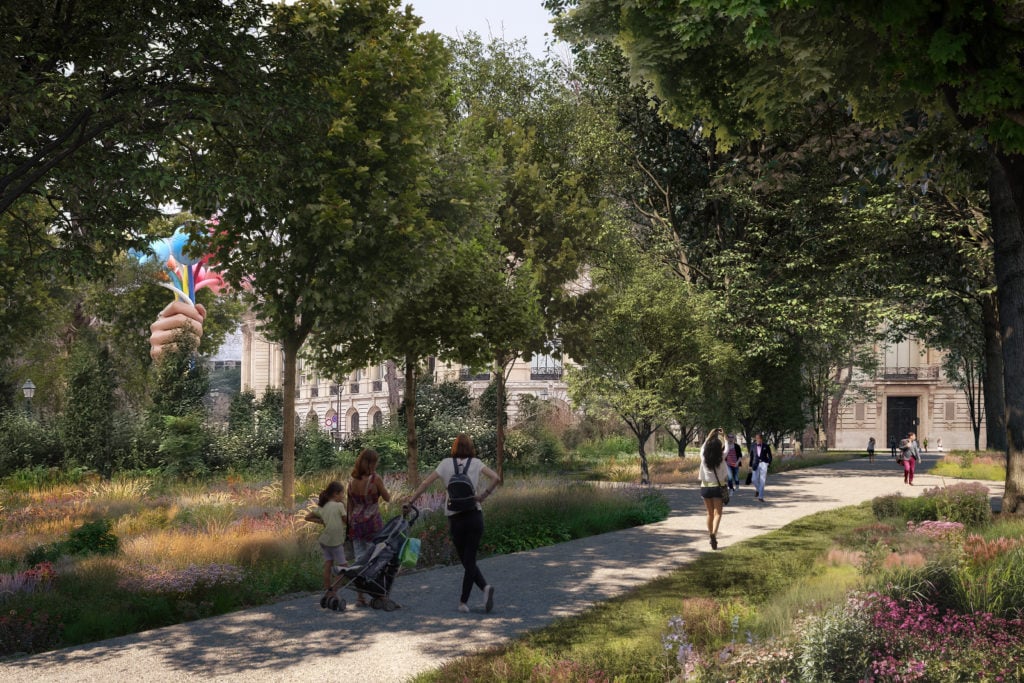 Proposed green space at the end of the Champs-Elysées (CREDIT: Ville de Paris)

Over the centuries, the avenue has been the stage for the high and low moments in French history, hosting celebrations and commemorations as well as protests, notably the violent Yellow Vest movement. 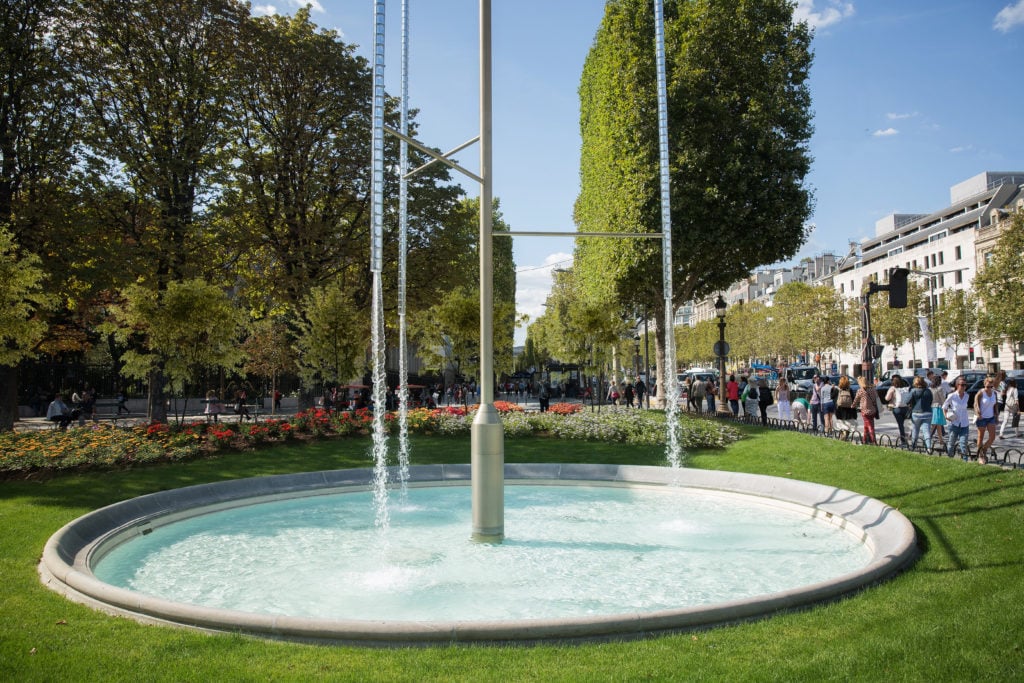 An artist’s rendering of a round point along the avenue after the project has been finalised (Credit: Ville de Paris)

It is also used as the route for the Bastille Day military parade, which celebrates the French republic and its armed forces on July 14, as well as the finishing point for the annual Tour de France cycle race. 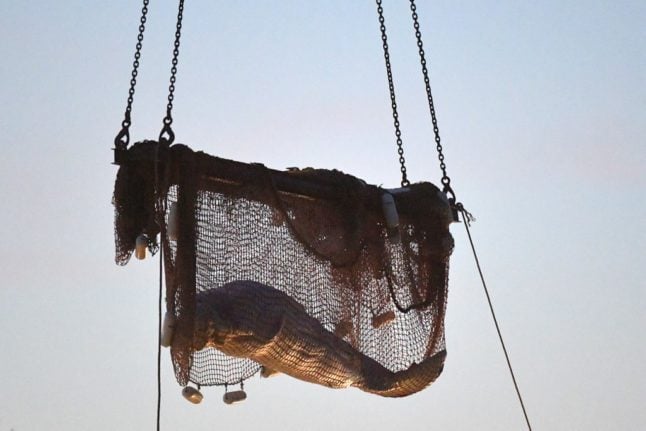 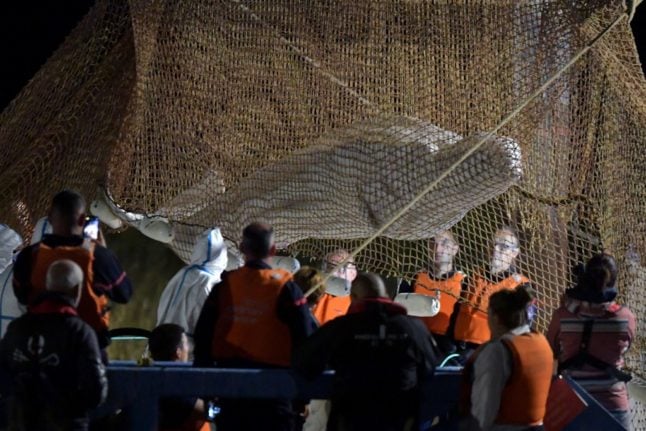 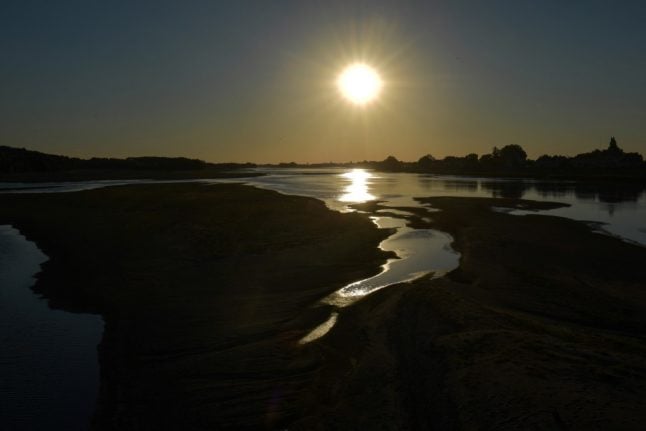 ENVIRONMENT
Ask the expert: Why is France’s drought so bad and what will happen next?
Url copied to clipboard!