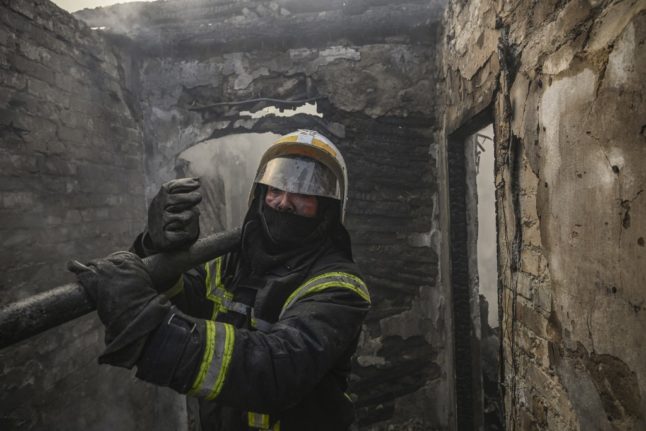 “My life and the life of all Ukrainians has been changed since February 24th,” said Maryna Sergiyenko.

When she awoke on Sunday, February 27th, Maryna opened her laptop to check the news, only to see that Russian forces were already nearing her home in Bucha, Ukraine, just 72 hours after the start of the invasion.

She endlessly refreshed the news sites, watching as the roads near her home were barricaded with tanks. In contact with a friend living in Paris, Maryna decided to escape. Loading her daughters, their dog, and whatever else she could fit into the family car, Maryna sped out of the city, choosing forest roads to stay away from advancing troops.

“It was the last chance to get out. I did not have any precise plans, but I knew my mission was to be mom – I needed to save my kids,” she said.

About a week later, though, the Russian forces returned, and by March 5th Bucha was largely under Russian control. Maryna’s hometown went on to become a strategic military location for propelling Russian forces’ toward Kyiv. It then gained grim international notoriety as the site of presumed war crimes, with over 300 residents killed.

Maryna and her daughters drove first to Krakow, where they met a family friend and together made their way to Paris. Since arriving, Maryna says that she has felt supported. They have settled into a home in Southern Paris.

“When we got to Paris, I started looking for schools for my daughters. All three of the schools I found said they would take the kids on board. It’s good for them to have some routine. Their minds are working on something, not thinking about the war,” she said.

But Maryna is still constantly confronted with the realities of the war raging on in her homeland. Continuing to work as the managing director of a convenience store chain in Ukraine, it is up to her to find ways to get food to the people. Many of her stores have been lost – either taken over by Russian forces or destroyed by bombs or fires.

“The convenience stores are usually located in multi-level apartment buildings, if the store is lost it means that the building has been lost – all life aspects have been touched,” explained Maryna.

She began to wonder how she could do more, and one night, while speaking with friends in the south of Paris, Maryna found herself discussing the situation of firefighters in Ukraine.

“My friend was talking to me about how the firefighters are now using sports shoes, and they are melting,” said Maryna, explaining how the rise in bombings and fires has dramatically increased the need for firefighters in Ukraine. However, many are being forced to work without the proper equipment, suffering burns and injuries to their feet without functional, fire-resistant boots.

Maryna realised that this is how she could put her extensive expertise in the Ukrainian supply chain to use. She could even find the guards to follow cargo. Maryna contacted the government’s Emergency Services, which she sometimes uses to help deliver food from her convenience stores, to find out how to help.

“I found my mission, and it was not to fight and kill, but to save lives,” she said. “Many Ukrainians now choose the battlefield. I choose this. I know how to help now, and I choose the area that I can do my best to support.”

Together, with the support of her friends in Paris, the Ukrainian diaspora, and the firefighters on the ground in Bucha, Maryna launched “Boots on the Ground,” a fundraising initiative to raise money for firefighter’s protective boots, which cost €200 a pair.

She said: “This is a way to help Ukraine. I am not just sitting in Paris in a nice place. I really feel this is how I can participate in this, and not to be separated from what is happening there.”

“It is literally boots on the ground – it’s the basic thing they need to do their job.” 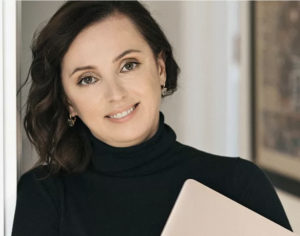 Maryna Sergiyenko, head of Boots on the Ground, a donation project to provide Ukrainian firefighters with fire-resistant boots.

You can donate to Boots on the Ground via Maryna’s website HERE.