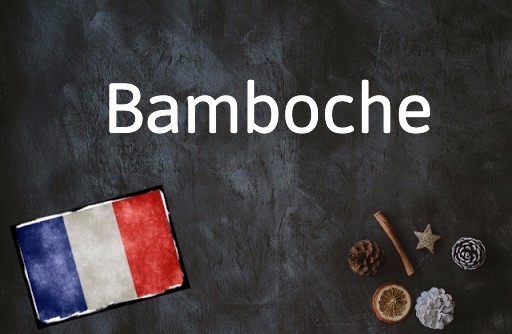 Why do I need to know bamboche?

Une bamboche – pronounced bahm-boh-sh – is defined as a  means “moment of debauchery” or a “feast,” which shows that this word is not the most modern. Originally, it was used to refer to small figurines or puppets that people would bring along to the theatre in the 1600s. The word came to be associated with large parties because the first place the actors would go after a performance was the feast.

The word has seen a resurgence in recent years, actually becoming one of the most used words of 2020. Why, you might ask? In October 2020, the Préfet of Val-de-Loire made a public statement on France 3 announcing the start of a 7pm curfew, saying: “We aren’t partying anymore; no more moment of debauchery.”

Immediately after his statement, the internet had a field day, with tweets like “Bamboche? Are we in 1927?”

A French comedian even launched a T-shirt line with the word on them.

Quickly, the word took off and it has become a favourite for describing the post-Covid parties everyone has been so anxiously awaiting.

It’s definitely a party in the wild and crazy sense of the word, if you have a few friends around for wine and cheese that is not une bamboche (that would be une soirée).

Il a fait tant de bamboches quand il était jeune. – He was such a party animal when he was young.

Je vais organiser une bamboche ce week-end, il y aura des feux d’artifice et un traiteur. Tous sont les bienvenus ! –  I am hosting a crazy party this weekend, and there will be fireworks and a caterer. Everyone is welcome!