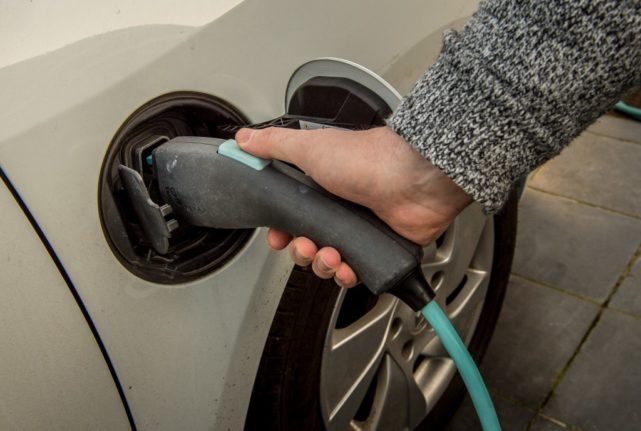 French President Emmanuel Macron appears to be following through with his campaign pledge to create a state-sponsored programme to help low-income households purchase electric (or hybrid) vehicles, joining the promise to “completely renew” his climate policy.

The Environment Ministry has released plans to offer interest-free loans of up to €30,000 (refundable in 7 years) from January 2023.

However, the first phase of the loans only applies to certain groups.

If you’re an individual, you need to be earning less than €14,000 per year (this includes married and pacsé couples).

If you’re a business, you need to have fewer than 10 employees and an annual turnover not exceeding €2 million.

The loan will only be available to those either living in or bordering low-emission zones (zones à faibles émissions mobilité). As of now, there are 12 such zones in France, including the greater Paris area, Lyon, Aix-Marseille, and Nice-Côte d’Azur. These zones are intended to combat air pollution in densely populated areas, and are expected to expand to districts with populations exceeding 150,000 inhabitants by December 2024.

All cars and vans that weigh less than 2.6 tonnes and emit less than 50 grammes per kilometre will qualify.

The announcement touches on two key components in French politics – the cost of living and the environment.

Fuel costs have also been at the forefront of French politics since the Yellow Vest movement, which followed proposals to increase taxes on fuel in an effort to decrease fossil fuel consumption, with the war in Ukraine renewing tensions around the cost of fuel. Electric vehicle owners don’t have to worry about fuel costs, but the high price of the vehicles has put off many motorists – there are currently just 165,000 electric vehicles registered in France.

READ ALSO What I learned driving 1,777km through France in an electric car

Ultimately, the plan will also seek to address concerns raised by the European Union about France’s air pollution levels, after the European Commission found that France failed to “meet its obligation to protect citizens against poor air quality.”