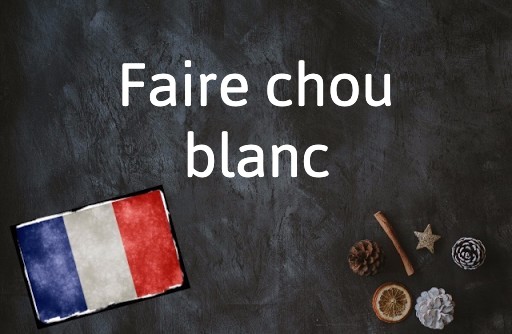 Why do I need to know faire chou blanc?

If you need a creative way to describe making a great effort to no avail.

Faire chou blanc – pronounced fair shew blahnck – literally means “to make white cabbage,” but its true meaning has nothing to do with cabbage, and neither does its historical origin.

The phrase actually means to fail or come up empty, and it is said to originate from the Loire Valley region, and the local Berrichon language.

The phrase is thought to have originally been “Coup Blanc,” or a blank shot. During the 16th century, a version of bowling was popular, and the expression was most often used when a player missed all the pins (you could say the original gutter ball). But because the Berrichon language pronounced K-sounds with a CH-sound, the phrase went on to be remembered as chou blanc.

After the French revolution and the standardisation of the formal French language via public education, Berrichon began to decline. However, some remnants have remained, like the use of the pronoun “ça” instead of “il” when referring to the weather (ex. Ça pleut to say ‘it is raining’).

Ultimately, the expression still carries the same meaning of drawing a blank, or winning nothing.

Ils ont cherché les clés perdues dans tout l’appartement, mais enfin ils ont fait chou blanc. – They searched all over the apartment for the lost keys, but in the end they came up empty.