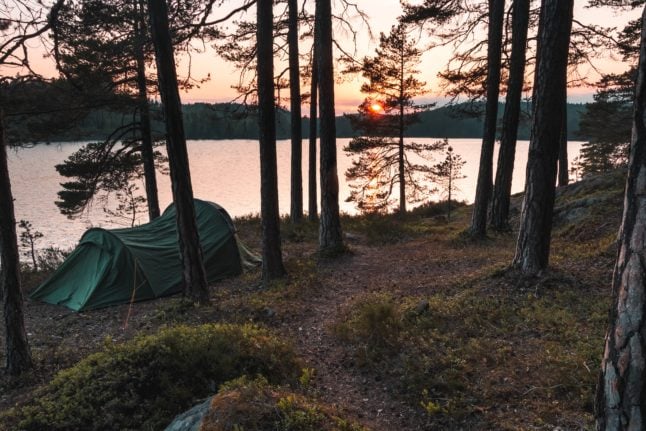 Camping is hugely popular in France, both for French people and tourists – there are more than 7,000 registered campsites with facilities with space for 872,647 individuals or groups at any one time.

But there are many different ways to take a camping holiday.

The most common form of camping, these welcome every form of holidaymaker.

Despite the name, many of them aren’t really ‘camping’ at all – instead offering chalets, cottages or static caravans for families to stay in, with facilities including a swimming pool, spa, bar, restaurant or entertainment centre.

There are plenty of more basic sites when you can simply arrive and pitch your tent however – campsites have a star rating (1 to 5) which lets you know what facilities they have, and of course the price reflects this.

They can get very busy, especially in the summer, so it’s wise to book ahead.

But if you want to get back to nature, or are simply looking for a cheaper holiday, there are alternatives to campsites.

The notion of wild camping – le camping sauvage – in which you make camp, or park your caravan or motorhome for a night or two somewhere that isn’t a campsite does exist in France but, well, it’s complicated.

‘Wild camping’ is not allowed, for example, in the following places:

Meanwhile local authorities or those in charge of designated natural sites, such as national or regional parks, have specific rules for their land.

There are 11 national parks and well over 50 regional ones, so it’s a good idea to check the rules before you camp. A local tourist information office or mairie is the best place to start.

Elsewhere, wild camping is allowed, as long as you have permission from the landowner or tenant, and other general limitations – including a blanket ban on fires, especially in the summer. The rules are here, in Article R111-33 of France’s town and country planning law.

Penalties for ignoring the rules include a fine of up to €1,500 – but the amount may be adjusted upwards in cases that also involve excessive noise, campfires, littering and / or environmental damage.

Many French towns and large villages have dedicated areas for motorhomes to stay for a short period away from campsites, and some provide electricity or water points.

Access to these areas is often limited to a few days per vehicle. Meanwhile, you can park at the side of a quiet road outside towns, as long as you don’t block the carriageway, but you may get a visit from a police officer wondering what’s going on.

Beyond these minor differences, the same general rules apply for motorhomes as for wild camping, if you decide to spend a night in your motorhome outside a campsite. And don’t empty your chemical toilet at the roadside. Obviously.

Does France have a ‘right to roam’?

Like wild camping, the notion of a right to roam in France is very much open to interpretation – usually by the landowner.

Unlike some Nordic countries, there is no specific law guaranteeing public right of way over private land in France. There are paths the public can use that cross private land – but these can be closed at whim by the landowner.

There are, however, many tracks weaving their way through forests, which make up 30 percent of France’s land area, and country lanes that are publicly accessible. Maps for local and regional walks can be found in tourist information offices or at town and village mairies.

Publicly accessible footpaths in France are usually marked. Here are the three most common forms:

These markers are painted on fixtures such as trees so they can be followed easily. The Fédération Française de la Randonnée Pédestre (FFRP) also publishes nearly 200 guidebooks to walking in different parts of France. Also check out the numerous greenways (Voies vertes) that criss-cross the country.

While walking on these, you should of course be respectful of the countryside – don’t leave litter, close gates behind you and keep dogs on a lead if there is livestock in the fields that you are passing through.