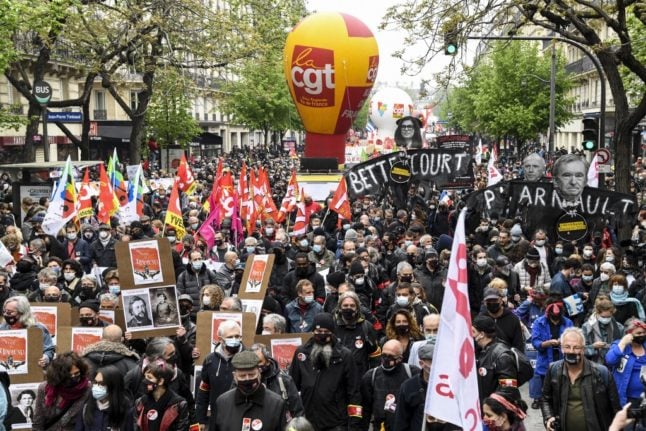 May 1st, the international workers’ day, is traditionally marked with demonstrations and union-organised events in France. In 2020 and 2021 events were scaled down or cancelled because of the pandemic, but this year there is a lot planned.

May 1st falls on a Sunday this year, which unfortunately means no extra day off work, but there will be plenty going on.

The biggest event in Paris is the joint trades union organised demonstration. It’s described as a “united demonstration for the convergence of the struggles of different groups (social, environmental, feminists etc) and for freedom”.

The various different unions say they will be focusing on the ongoing struggle over standards of living and the climate emergency.

The gathering begins at 2pm in Place de la République, and the march will move off at 2.30pm, heading towards Nation. 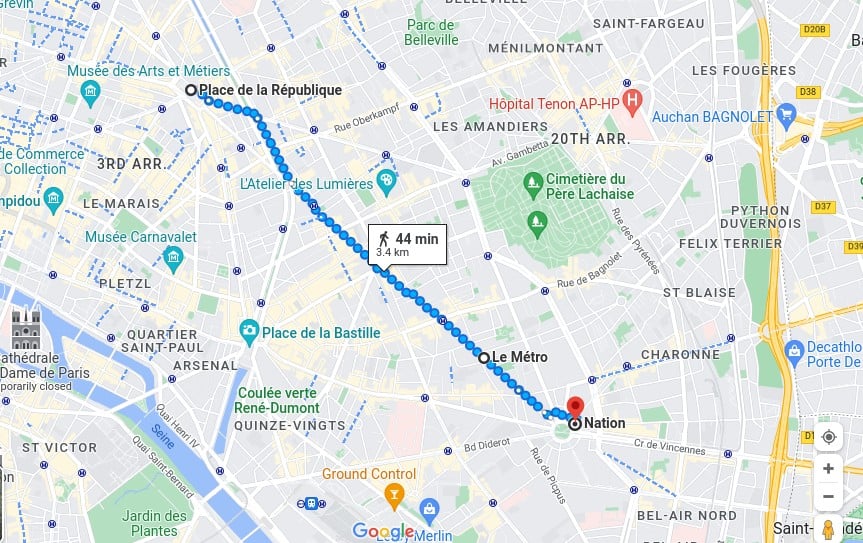 There are other demos in addition to the main march, some of them ‘pre-march’ events on a specific topic, whose participants will then join the main march.

The radical CNT union is holding its own march starting at 12 noon in Place des Fêtes, and will then join the main demo.

The ‘yellow vests’ (yes, they’re still going) are also holding a pre-march event starting at 10am at the Place du Maréchal Juin. Turnout at ‘yellow vest’ events has been small for many months now.

A pre-march event is being held to raise awareness of workers within the culture sector who are on short-term contracts or working intermittently, and the effect that proposed changes to the benefits system will have on them. This starts at 10am at Place de l’Odéon.

In the morning an event will be held at Père Lachaise cemetery to mark 150 years since the Paris Commune. Yves Veyrier, general secretary of the Force ouvrière union, will lead a memorial at the Mur des Fédéres, commemorating the Communards.

The above events are all additions to the main march, but there is one that is planned to be an alternative – that’s the demo organised by the far-right Les Patriotes group.

That begins at Place de la Bourse at 3pm before moving off on a march through the city centre. 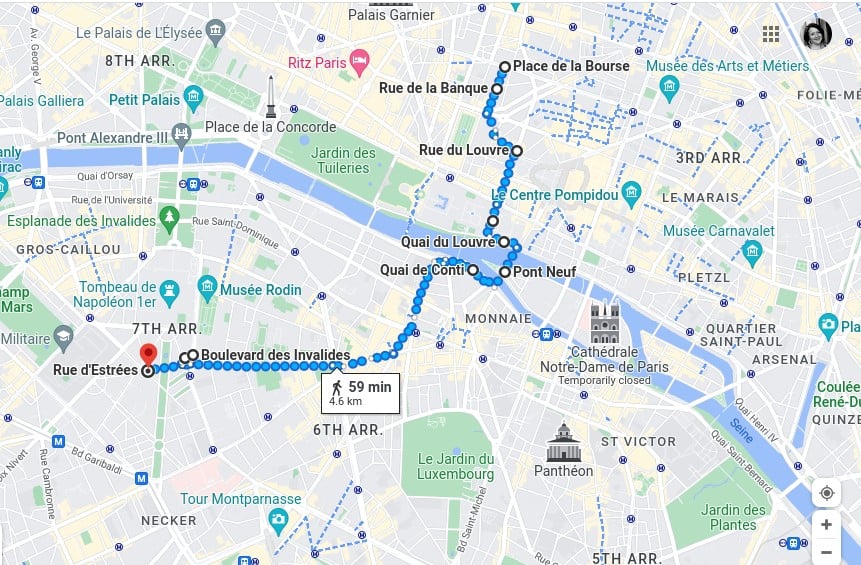 There are hundreds of demos organised across France, with most towns or cities having one. You can find your nearest event on the interactive map HERE.

The union-organised marches themselves are generally well-organised and peaceful, but there is sometimes trouble from other groups or from the extreme ‘Black Bloc’ demonstrators at the end of demonstrations. In Paris it is likely that officials will close some Metro stations in the city centre while the marches are going on.

It’s not all demonstrations though, you will see the pretty white muguet flowers (lily-of-the-valley) on sale everywhere, and in rural areas there are also other May Day traditions such as planting a tree outside the home of someone you wish to marry.

READ ALSO Marches and muguet: Why May 1st is a big deal in France