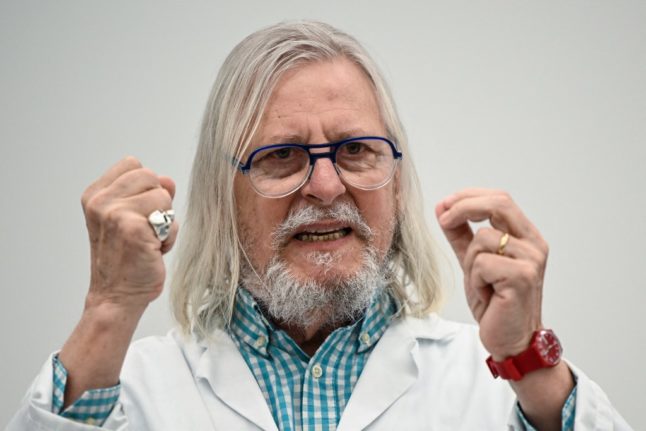 Didier Raoult, a respected tropical disease specialist, earned fans but also widespread condemnation from peers by insisting that Covid could be treated with the anti-malaria drug hydroxychloroquine.

Despite an absence of peer-reviewed evidence, Raoult administered the drug to hundreds of people and helped spur its promotion by former US president Donald Trump and his populist Brazilian counterpart Jair Bolsonaro.

His outspoken defence of hydroxychloroquine despite several trials and studies discrediting its Covid effectiveness earned him an official admonishment from the French Medical Association last December.

The reprimand had little impact, however, because Raoult had already resigned as a practising physician at the hospital university of Marseille in southern France.

But the controversy also drew scrutiny of his other research by health regulators, who opened inquiries late last year of trials at the Mediterranean Infection Foundation of Marseille, which he still directs.

On Wednesday, the ANSM drug security agency said it had found “serious breaches” in clinical tests, most of which were begun several years before the Covid pandemic.

It was the first time France’s national health authorities have explicitly faulted Raoult over his practices.

“Ethical rules have not been systematically respected, which did not allow the proper protection of participants,” the ANSM said in a statement.

In some cases patients were not asked to sign waivers proving their consent, and in others the doctors did not obtain the required notice of opinion from an independent evaluation committee.

It ordered a halt to the faulty trials still underway and said it would oversee “corrective and preventive measures” to ensure proper conduct.

It also filed a legal complaint against Raoult’s foundation, saying it had illegally launched some trials and had submitted a fake document to justify one of them.

But it did not take any action over the administration of an experimental treatment for tuberculosis that provoked severe side-effects in a large number of patients, a scandal revealed by the Mediapart investigative website in October 2021.

The ANSM said Raoult’s foundation had not registered the treatments as a clinical trial, meaning it did not have grounds to intervene – but an inquiry is ongoing and legal complaints may still be made, it said.

Raoult denied doing any tuberculosis research and said at a press conference last week that he might sue Mediapart for describing the treatments as “uncontrolled tests.”