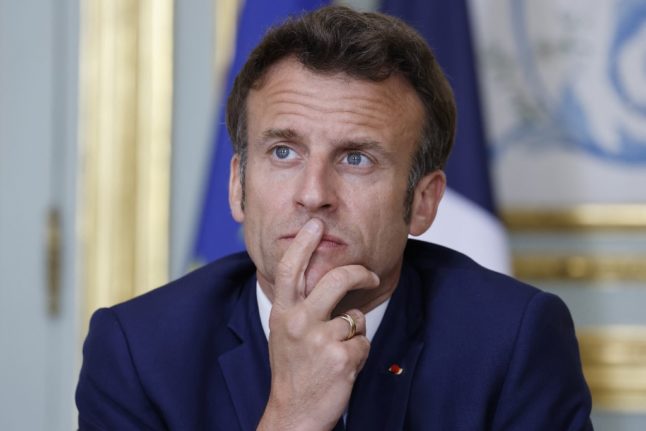 Although the presidential elections are over we’re not finished with voting just yet – parliamentary elections are held in June and if Macron’s party doesn’t manage to win a majority he will struggle to pass any legislation over the next five years.

To this end, this week Prime Minister Jean Castex will resign and dissolve the government – this is done to allow Macron to reshuffle his government and bring in new people.

READ ALSO When are the French parliamentary elections and why are they important?

Traditionally it’s the prime minister, not the president, who campaigns for the parliamentary elections so securing a majority for Macron will be the number one priority for the new PM, whoever that is.

Macron will need to focus immediately on the ongoing cost-of-living crisis, which his rival Marine Le Pen made a central plank of her campaign.

“The cost of living is our top priority,” a Macron staffer briefed French daily Le Parisien.

Macron’s government has already brought in a package of financial help aimed at the agriculture, transport and fishing industries – those worst affected by rising fuel prices. He has also introduced a 18 cents-per-litre fuel rebate – in place until July – and frozen gas and electricity prices until June.

But with an eye on the parliamentary elections, Macron’s government is likely to look at offering more to help out struggling voters.

Previously discussed measures include the scrapping of the annual TV licence, which is usually billed in the autumn, and the introduction of a ‘food cheque’ for people on low incomes. We have little detail on how this would work yet, but it’s likely to be similar to the chèque energie – a one-off payment of around €100 put directly into people’s bank accounts. The payment is likely to be means-tested – the chèque energie was based on tax returns.

There are also plans to triple the annual ‘Macron bonus’ from €1,000 to €3,000 – this is a payout to employees. It’s actually voluntary on the part of companies, but firms that pay out dividends to shareholders have to offer either the Macron bonus or a profit-share scheme to their staff. In 2020, 6 million people received it.

In the longer term, there are plans to reduce social charges for self-employed workers and change the indexing of pensions and certain social benefits.

This was Macron’s big campaign trail pledge and is really a bit of unfinished business from his first term.

In the early years of his presidency, Macron brought in a wide-ranging pension reform that simplified the French system – with its 42 different pension regimes – and got rid of the ‘special regimes’ that let people in certain jobs retire from the age of 55.

The original reform – which sparked months of demonstrations and transport strikes – did not change France’s pension age of 62. The reform was passed in the parliament but implementation was delayed because of the pandemic.

Now Macron wants to implement his reforms, but also raise the retirement age from 62 to 65, a proposal that is already causing controversy. On the election trail he seemed to be backpedalling slightly on this issue, saying that it could be put to a public vote or referendum.

READ ALSO French pensions – what does Macron want to change?

In Macron’s victory speech he vowed to make France a “great green nation”, but many are sceptical of his environmental credentials.

Although not a climate sceptic like his opponent Le Pen – her policy was to scrap all plans for new wind farms and dismantle the existing ones – Macron has been accused of acting too slowly on the environment.

Now needing to capture green voters and those on the left, Macron is expected to step up his ecological commitments in the weeks and months to come.

One thing Macron has never been accused of is a lack of ambition, and despite the multiple challenges he faces at home, he’s also keen to implement changes to the EU.

France still holds the presidency of the EU until June 30th, but even after this date Macron is likely to push forward with his ideas for greater EU integration and greater co-operation on defence issues.

On the international front, there’s also the ongoing war in Ukraine and Macron has been at the forefront of international efforts to bring a diplomatic solution to the conflict. He still speaks regularly to Ukrainian president Volodymr Zelensky and has recently authorised arms shipments from France to Ukraine.

I asked @BrunoLeMaire if @EmmanuelMacron will reset the relationship with @BorisJohnson and restore some cordial to the entente. “Not our priority” he said.