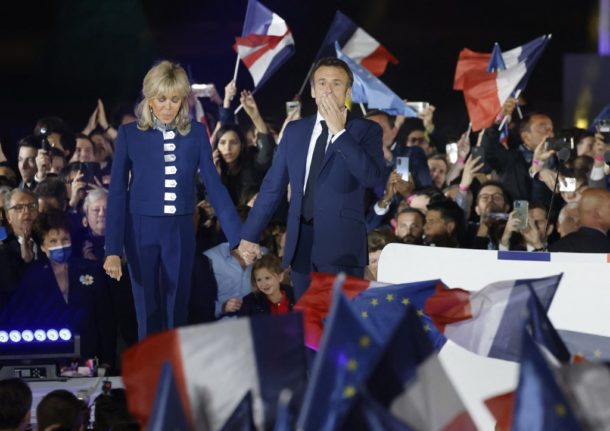 Macron spoke on a stage at the Eiffel Tower to jubilant supporters not long after projected results declared him the winner of the 2022 presidential election.

The victory – by a projected score of roughly 58 percent to 42 percent – means Macron is the first French president in 20 years to be re-elected.

As in 2017 Macron walked on stage to the sound of Ode to Joy by Beethoven, which is the EU anthem. But he wasn’t in a triumphalist mood given the record score of the far-right candidate Marine Le Pen.

“After five years of transformation and of both difficult and happy times, a majority of you have placed your trust in me to lead our republic for the five years to come,” he told the victory rally in front of the Eiffel Tower. 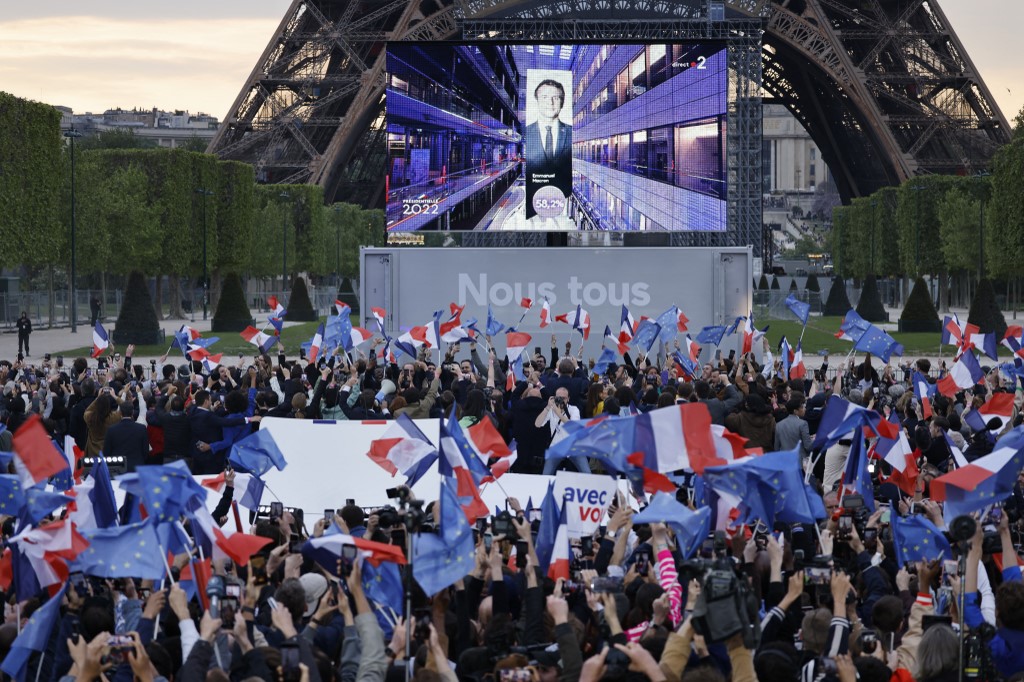 “I know a lot of our compatriots voted for me because they supported my ideas but also to block the path to power of the far right. I want to thank them and tell them I’m aware of the responsibility their vote puts on me in the years to come,” he said.

On those who voted for Le Pen, Macron said: “I’m no longer a candidate from one camp but the president of all.

“An answer must be found to the anger and disagreements that led many of our compatriots to vote for the far right. It will be my responsibility and that of those around me,” he said.

Macron also pledged a “renewed method” to govern France, adding that this “new era” would not be one of “continuity with the last term which is now ending”. 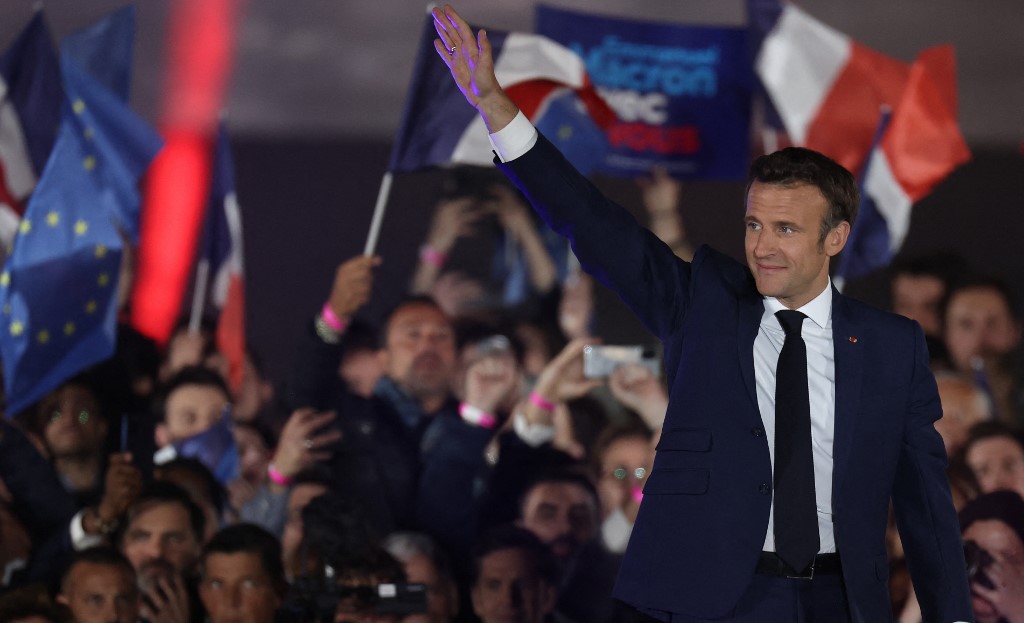 “That is my responsibility and the responsibility of those around me,” said Macron, gesturing to the crowd not to boo when he mentioned far-right voters.

He also acknowledged that he must find an answer as well for all those who didn’t cast a ballot.

“Today you chose an ambitious humanist project for the independence of our country and for Europe, ambitious in its ecological and social values, a project founded on work and creativity,” said Macron. 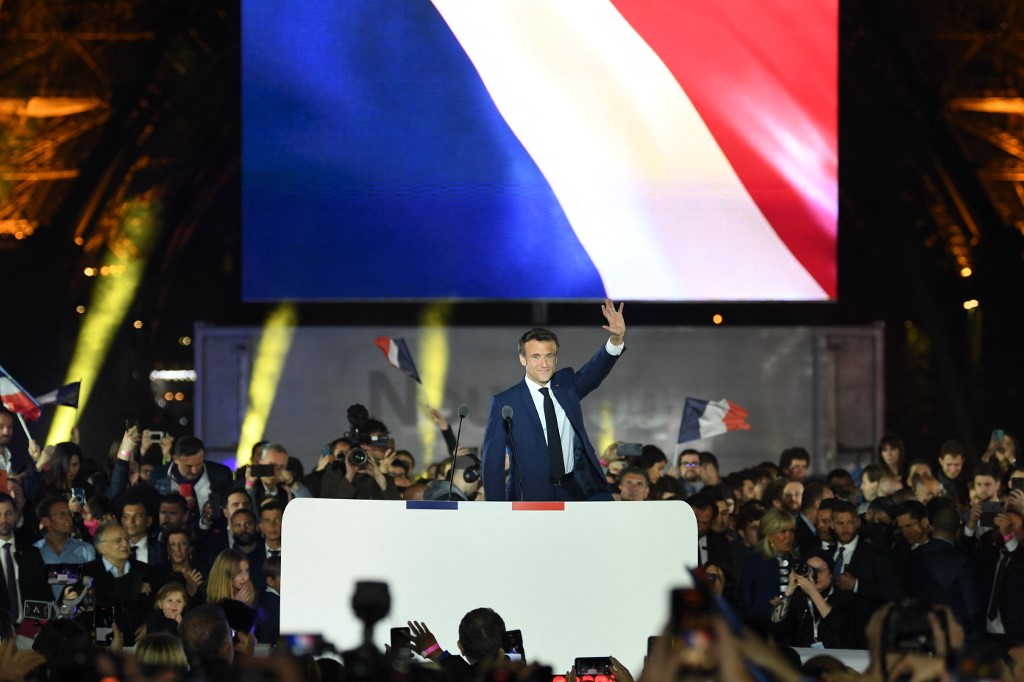 “I want to push forward with this project in the years to come, taking into account opposition and with respect to any differences.”

The 44-year-old, who came to power as France’s youngest ever president, secured victory promising more pro-business and welfare reforms but with a “new method” that is expected to be less top-down.

He had billed Sunday’s vote as a chance to “save the Republic” from the clutches of far-right rival Marine Le Pen, but will now face a challenge of uniting a highly fractured country.

Unveiling the essence of his programme for a second term in March, Macron offered a blunt message for a country famed for its lifestyle and long holidays, saying: “We have to work more.”

Macron’s wife Brigitte, who accompanied him to the rally, said: “France is the most beautiful country in the world, the problem is that we don’t always know it.

“I feel an immense emotion – and such a great honour that I can only hope to be worthy of. I have every confidence in my husband; he has a vision for the country and he will make it work.”

If he completes his second term, the voracious reader will be only 49 and is expected to pursue his dream of becoming a writer.