French far-right party Rassemblement National (RN) presidential candidate Marine Le Pen delivers a speech at the Pavillon d'Armenonville in Paris on April 24, 2022 after the announcement of the first projections by polling firms of the French presidential election's second round results. (Photo by Thomas SAMSON / AFP)

Losing candidate Marine Le Pen gave a speech to supporters some 15 minutes after the projected result was announced and after she had called Emmanuel Macron to concede defeat.

Defiant Le Pen, the head of the far-right Rassemblement National (National Rally) party thanked the millions of voters who had backed her to be president of France whilst attacking the victorious candidate.

In front of cheering supports she said the fact that around 43 percent of voters backed her represented a “brilliant victory”.

“In this defeat I can feel hope,” she said in front of supporters who chanted “Marine! Marine!” 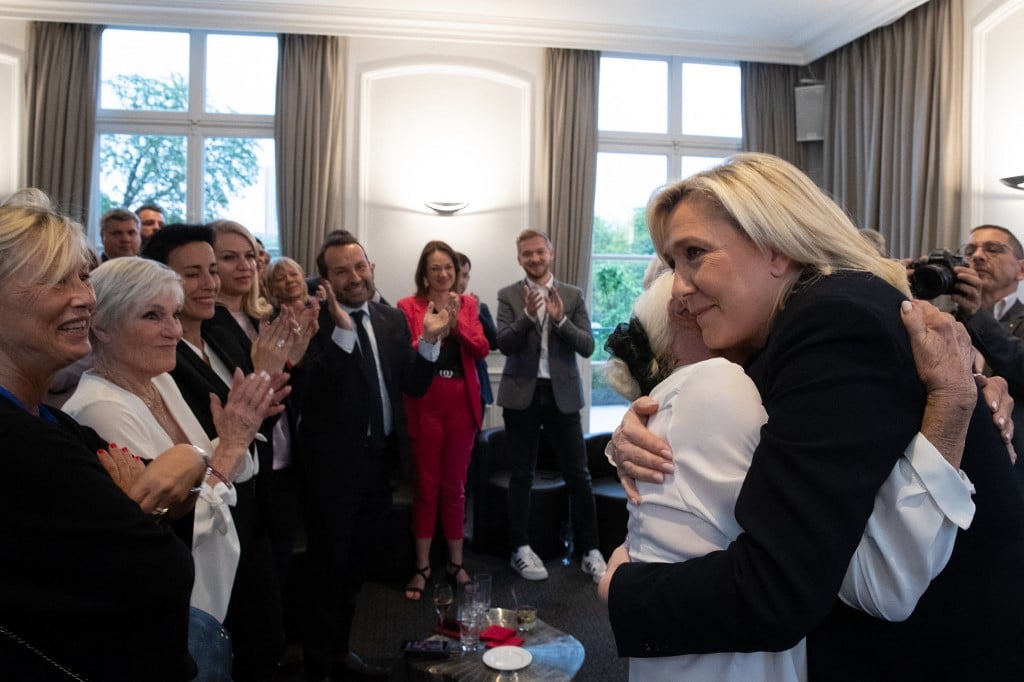 French far-right party Rassemblement National (RN) presidential candidate Marine Le Pen (R) is applauded by supporters as she embraces her mother Pierrette in Paris, on April 24, 2022, following the announcement of the results of the second round of the French presidential election. – French President Emmanuel Macron was on course to win a second term by defeating far-right leader Marine Le Pen in presidential elections, projections showed. (Photo by JOEL SAGET / AFP)

“I fear the five years to come will not break with the brutal five years we have had. I will continue my commitment to France and the French.

She said the “historic score” showed the defiance of the French people towards French and European leaders.

Le Pen said she would never abandon the French people and said she would lead the campaign for the parliamentary elections. She had previously talked about resigning and leaving politics if she lost this election.

Speaking about the winner she said: “I fear Emmanuel Macron will do nothing to repair the fractures that divide our country.”

She finished her speech by starting a rendition of the French national anthem with her supporters joining in.