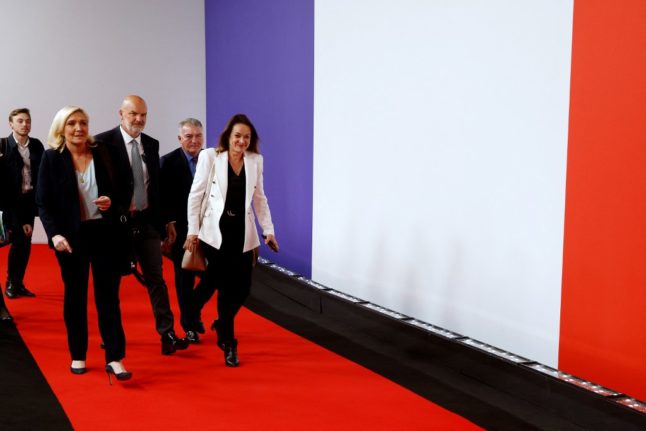 They thought it was all over. It is now.

There was no Marine Miracle in Wednesday night’s French presidential election TV debate. To have any hope of closing the 12-point gap in the opinion polls, she needed to inflict on President Emmanuel Macron the kind of crushing embarrassment that she suffered on the same occasion five years ago.

She failed. She was far better than last time, calmer and well-briefed (despite a few stumbles.) But President Macron defied expectations by going on the offensive – at the risk of offending TV viewers.

Had the President lost his cool? No. He had made a strategic choice to knock her off balance from the beginning. He interrupted a discussion on Ukraine to accuse Le Pen of being a Russian asset, bought and paid for by a not-yet-repaid €9 million loan from 2015.

“You are dependent on the Russian state, you are dependant on Putin,” Macron said. “When you talk to Russia you are talking to your banker.”

Le Pen protested that she had been forced to take the loan from Moscow because the French establishment, including Macron, had blocked her from getting loans from French or EU banks .That did not make her Moscow’s creature, she said. If you took out a loan to buy a car, did that make you a vassal of your local bank manager?

Le Pen hit back quite well at times. Macron called her a “climate- sceptic”. She shot back that he was “climate-hypocrite”. She made effective attacks on Macron’s record on education, health care and security.

But by the end – almost three hours – she was clearly flagging.

An Elabe poll made Macron the victor in the debate by 59 percent to 39 percent. I’d say that was rather generous to him. His constant interruptions will have annoyed many people. They annoyed me at times.

But he achieved his aim. She wanted to make the debate a prosecution of Macron. The defendant turned on his would-be prosecutor and pointed out her many mistruths and incoherences.

On the cost of living and low wages – her biggest campaign selling point – Macron picked her apart. She accused him of using the taxpayers’ money to send inflation-busting cheques to low-income tax-payers.

And who, Macron asked, would pay for her plan to reduce VAT on diesel and petrol from 20 percent to 5.5 percent? The taxpayer. And that policy would be half as effective. It would help the rich as well as the struggling. It would undermine the drive to reduce dependence on fossil fuels.

On the EU, the President said that Le Pen’s policy amounted to a “false prospectus” or “dishonest bill of goods”. She said she no longer wanted to leave the EU or the Euro but, in truth,  she wanted to leave in “all but name”. Her whole economic policy – such as French national preference on jobs and trade – was contrary to EU law.

In response, Le Pen insisted that she did want to stay in the EU but she would push to transform the EU-27 into an organisation of “cooperating sovereign nations”.

“And so it would no longer be the European Union,” Macron responded. Gotcha.

Le  Pen was on safer ground on security and migration. But she looked taken aback – and had no good response – when he suggested that her plan to ban the Islamic head scarf from French streets would lead to “civil war”.

In the debate five years ago, Le Pen could not explain or, in some cases, remember her own policies. This time around she has done her home-work but she was tripped up by the fact that her core promises – on the EU, on the economy – are half-baked and self-contradictory.

The instant debate poll by Elabe suggests that this strange election is all but over and that Macron will win on Sunday by at least 10 points. It was always unlikely that the debate could save Le Pen. The poll may be a little too kind to Macron but it reflects a stark reality all the same.

Le Pen’s last tiny chance has gone. Hooray to that.