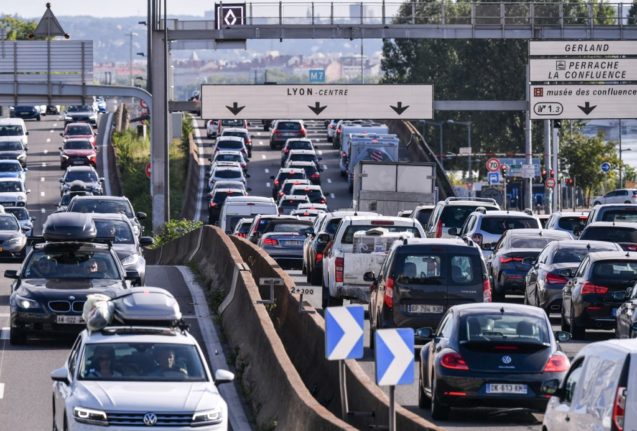 Delays are expected on many French roads over the Easter weekend. Photo by PHILIPPE DESMAZES / AFP

Anyone who plans to travel is advised to leave before midday, and avoid motorways and crossing cities on Friday afternoon and evening. 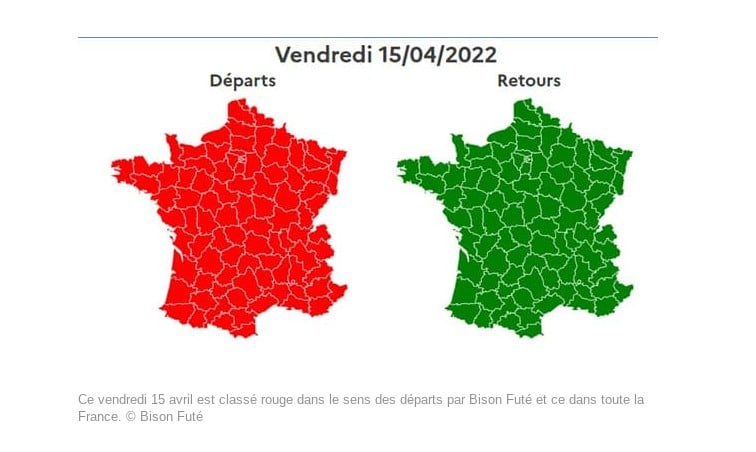 There are particular alerts for the following routes;

In northern France, particularly in Brittany and all routes towards Channel ports, the red alert remains in place until lunchtime on Saturday. The rest of the country is on an orange alert – traffic jams expected – on Saturday. 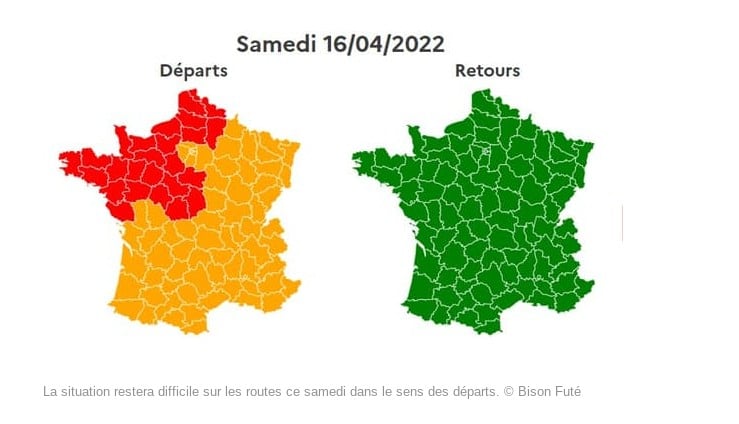 Friday is not a public holiday in France (except in the Alsace-Lorraine area) so most people will be making their holiday getaway later on Friday.

The following warnings are in place for Saturday;

If you’re travelling through or from Paris on Saturday, the advice is to travel before 8am.

Easter Monday is a public holiday in France, so some people will be returning home from the long weekend on Monday afternoon and evening.

However, as many schools remain on holiday through the week, the traffic is not expected to be as severe in the return direction.

An orange travel warning is in place for the whole country, with drivers advised to expect congestion on motorways in the later afternoon and evening.

The weather over the Easter weekend is forecast to be mild, sunny and spring-like.

As Easter 2020 took place during the lockdown, and Easter 2021 happened when most shops, bars and restaurants were still closed, this will be the first Easter break that many people have enjoyed for three years.