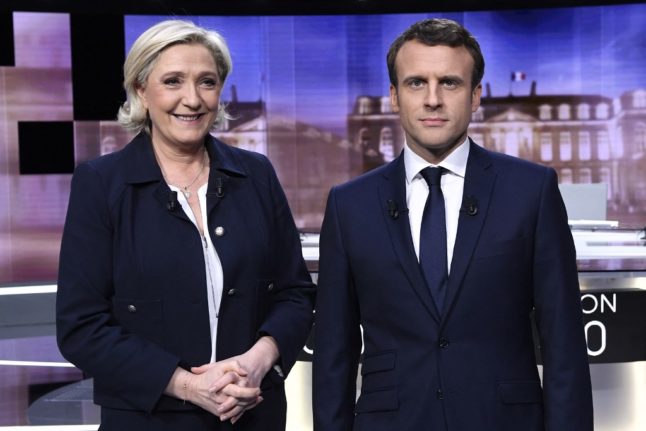 The debate takes place on Wednesday, April 20th at 9pm.

The debate is screened live on TV, radio and online – TF1, France 2, BFMTV, Franceinfo, LCI and CNEWS will all carry it.

It’s not a short debate – the one in 2017 lasted two-and-a-half fours – and immediately afterwards opinion polls are published on which candidate ‘won’ the encounter.

The debate is a head-to-head between Macron and Le Pen, moderated by two journalists. The moderators will be Léa Salamé and Gilles Bouleau, familiar faces from French political TV shows.

The candidates are each given equal time to answer questions on a range of subjects concerning their policies and the challenges facing France.

It’s a debate so they have the opportunity to challenge each other and flag up anything their opponent says that they believe to be wrong.

The debate is an important feature in French elections and has featured in every second-round debate bar one since 1974.

Various TV and radio stations hold extended interviews and debates between some or all of the candidates before the first round, but the big debate is held once the candidates are whittled down to two ahead of voting in the second round.

It gives viewers the chance to see and compare their answers and also to assess how they perform under pressure.

It’s not actually mandatory to take part, but candidates generally do.

The exception to this was Jacques Chirac in 2002 – he was faced with far-right leader Jean-Marie Le Pen (Marine’s father) in the second round and refused to take part in a debate with him, saying it would legitimise Le Pen’s extremist views.

In 2017 Macron was faced with Marine Le Pen in the second round and chose to debate her, as he will again in 2022.

It is. In the first round of this election Macron took 27 percent of the vote and Le Pen 23, which means that 50 percent of the electorate didn’t vote for either of them.

The two candidates now need to convince these ‘floating’ voters to back them in order to win the election.

Many factors play into this decision, and both candidates will be campaigning hard for the next two weeks, but history suggests that the debate is important in convincing voters.

Macron was widely considered to have ‘won’ their 2017 encounter after Le Pen put in a disastrous performance, and almost immediately after the debate his poll ratings began to rise. He went on to win the second round 66 percent to 33.

This time he is likely to face a tougher challenge – a better prepared Le Pen who will be able to attack his record in government.